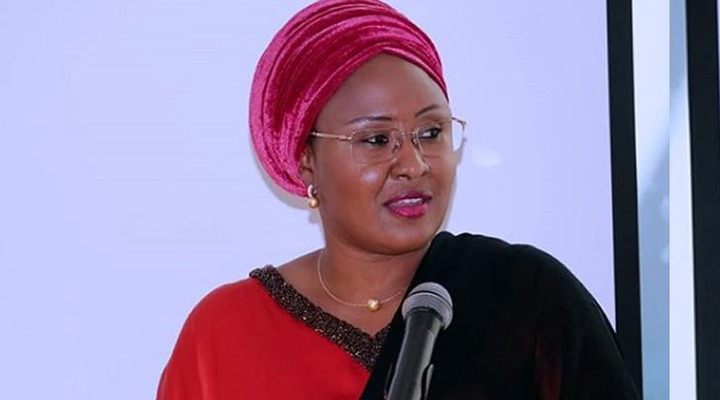 Aisha Buhari, the wife of President Muhammadu Buhari, has reacted to the death of Ismaila Isa Funtua, one of her husband’s closet allies and in-law.

Recall that the 78 years old media leader, who was one of the power brokers behind Buhari’s government, reportedly suffered a heart attack during a medical check-up.

In a series of tweets on her official page on Wednesday, Aisha Buhari expressed sadness over the death of the politician and media guru, who died on Monday in Abuja due to a brief illness.

Mrs Buhari noted that the late Funtua supported the appointment of women into several boards in the last four years. She prayed that God grant the deceased’s family the fortitude to bear the irreparable loss.

She wrote: “Inna lillahi Wa inna ilaihi Raji’un. On behalf of my family, I extend our condolence to Mrs Hauwa Isa Funtua and the entire family on the sudden death of Malam Ismaila Isa Funtua.

“We pray that Allah SWT will grant him Aljannatul Firdaus.

“Mallam Ismaila Isa Funtua will be remembered for his support to female politicians, especially his role to get them appointed into different boards in the last 4 years.”

'How my father was shot, burnt and beheaded’ - The Nation. 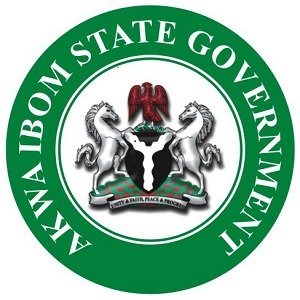 Like a horror movie, the village head of Nsie community in Okobo local government area of Akwa Ibom State, Chief Effiong Henry Etimene was gruesomely murdered by hoodlums suspected to be cultists.

The son of the deceased monarch, Prince Emmanuel Henry narrated amid tears how his father was shot, his corpse set ablaze and later beheaded.

The Akwa Ibom State Commissioner of Police, Imohimi Edgal has already declared 14 persons wanted while 15 suspects arrested in connection with the murder are cooling their heels in the state police command.

Prince Henry told reporters in Uyo that a Councillor in Okobo LGA masterminded his father’s death over issues surrounding the forthcoming local government elections in the state.

He said the suspected cultists believed to have been engaged by the Councillor after a confrontation with the police, which led to the death of one of them descended on the village head with an axe, blocks and other dangerous weapons, and later carried the unconscious body into a GP tank, packed some of the village council chairs into it, poured petrol and set the man ablaze. 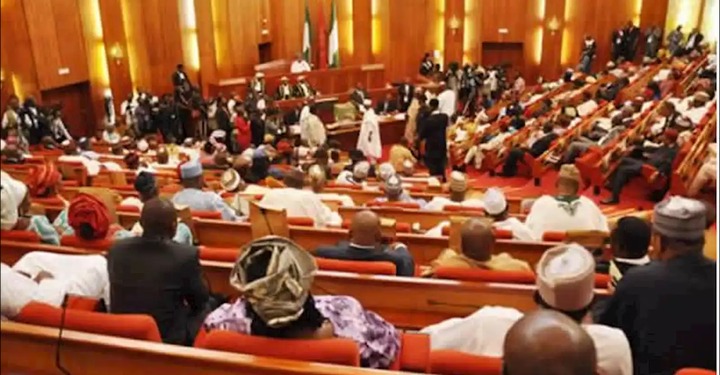 The Senate on Wednesday confirmed the appointment of 38 non-career and one career ambassadors-designate that would represent the country on foreign missions.

The President, Major General Muhammadu Buhari (retd.), had requested the approval of the Senate for the confirmation of 42 nominees.

However, the Chairman of the Senate Committee on Foreign Affairs, Adamu Bulkachuwa, while presenting his report, said there were irreconcilable issues with two nominees from Niger and Yobe States.

The only career ambassador-designate on the list is from the Federal Capital Territory.

Among the non-career ones are, two journalists, Messrs Debo Adesina (Oyo) and Oma Djebah (Delta)

The list also included Dare Awoniyi (Kogi), who is the son of the late Sunday Awoniyi, former Chairman of the Arewa Consultative Forum.

A careful observation of the list indicated that three states, (Kwara, Kano, Oyo) have three nominees each while three others, (Borno, Benue, Adamawa), got two slots each. 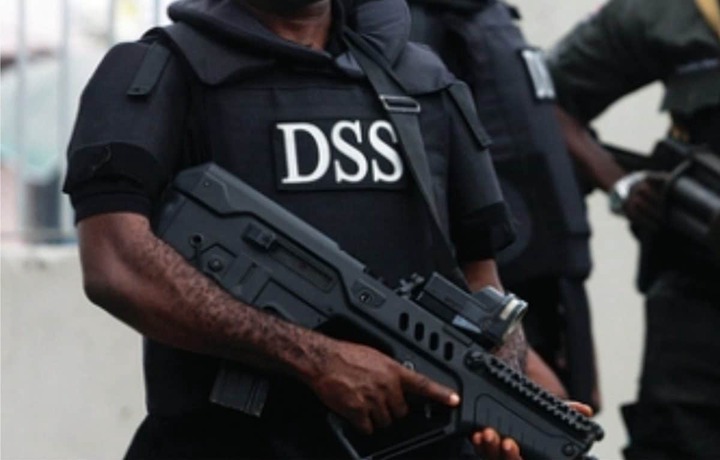 The Federal Airports Authority of Nigeria, FAAN, has disclosed that DSS Head, Safiyanu Abba, slapped an aviation security officer at the Nnamdi Azikiwe airport in Abuja.

FAAN said that Abba slapped the officer and also prevented the further search of a visitor who tripped the alarm at the metal detector.

A statement reads: “We note with dismay that Mr Safiyanu Abba, the Head of DSS at NAIA deliberately obstructed airport Security process, and slapped an Aviation Security Officer who was performing his duty by calling on Mr Safiyanu Abba to desist from doing so.

“This happened on the 17th July at about 15:25 hours. He breached security procedure by obstructing further searching of a visitor who had just walked through the metal detector and activated the alarm.

“The Federal Airports Authority of Nigeria strongly condemns this abuse of power and the Security process in our airport. This has also been duly escalated.

“FAAN committed to our core values of safety Security and comfort”. 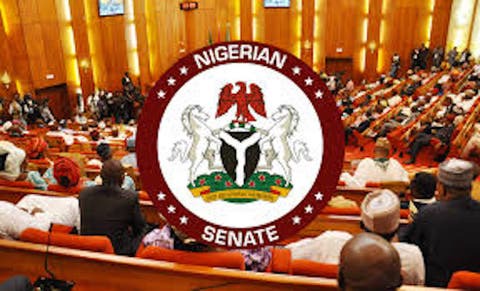 The bill was sponsored by the representative of Imo West Senatorial district, Rochas Okorocha.

The former governor in a statement by his media office on Wednesday said the bill when passed into law would ensure that Nigerian children are able to access qualitative education up to senior secondary school level.

He noted that the Federal Government free education policy at the moment only captured those from primary to junior secondary school levels.

He expressed the hope that the bill would be given an accelerated hearing and subsequent assent by the executive.

The statement explained that Okorocha established the Rochas Foundation colleges across most parts of Nigeria long before he became governor.

It noted that the Senator has always been an advocate of equal access to qualitative education by all Nigerian and African children.

The statement added that Okorocha was the first Nigerian governor to fully implement the free education policy across all levels of education while in office from 2011 to 2019.