By Akanfethewritter (self media writer) | 1 year ago

A chieftain of the ruling All Progressives Congress (APC), Julius Ihonvbere has said President Muhammadu Buhari at the moment has not shown any sign indicating that he is backing the prospects of Dr Goodluck Jonathan taking another shot at the presidency.

Recalls reports have claimed that All Progressives Congress (APC) is trying to convince Jonathan, a former president, to run for the presidency on its platform in 2023. 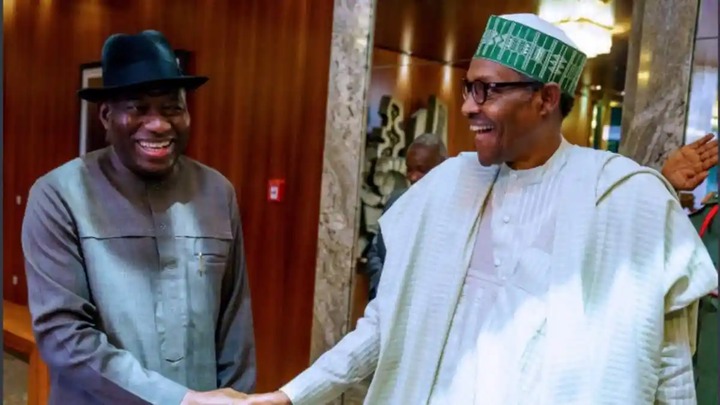 The reports were heightened after some governors on the platform of the APC visited Jonathan to felicitate with him on his 63 birthday anniversary.

However, Ihonvbere, who represents Owan West/East Federal constituency of Edo in the House of Representatives told Vanguard that he does not think president Buhari is considering presenting Jonathan as a successor.

"If it is the same president Buhari that we have seen so far, those who are reading his body language, I don’t know how they read it, I have not seen the body language saying that it is Jonathan he is going to present.

But Jonathan should also remember that under his administration, there were so many contradictions that he didn’t address."

The lawmaker advised the former president not to make any hasty decision regarding the 2023 presidency so that he does not lose the respect he attained after he conceded defeat in 2015.

Meanwhile, the Peoples Democratic Party (PDP) has said that a recent visit by governors of the ruling All Progressives Congress (APC) to former President Goodluck Jonathan has further affirmed that Nigeria is better under the governance of the opposition.

It gathered that the PDP stated this in reaction to the governors' visit on Friday, November 20, describing it as an endorsement of the PDP's administration. 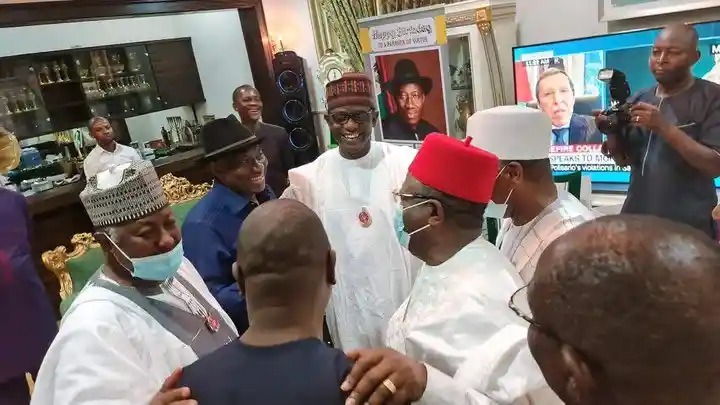 The opposition party made this known in a statement on Sunday,November 22, through its spokesperson, Kola Ologbondiyan.

According to Ologbondiyan, the opposition receives the visit by APC governors as an apology by the ruling party to the PDP and Nigerians over the lies and other allegations deployed to grab power.

Ologbondiyan went on to warn Nigerians to be careful of the APC's antics, adding that the party will not allow the failedparty and its pranksters to mislead them once again.

“This visit to Jonathan by the APC governors is a direct acceptance of the successes recorded by our party in building a strong nation with a virile economy that was rated as one of the fastest-growing economies of the world.''

Content created and supplied by: Akanfethewritter (via Opera News )