By AllnewsKY (self media writer) | 1 month ago 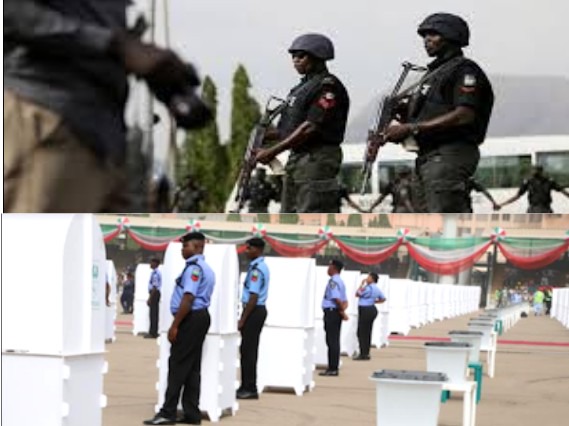 Ghanian Inspector General of Police, George Dampare, lamented the dependence on security agencies for peaceful elections in West African countries, noting that it suggests democracy is still in its infancy.

The IGP stated this during the panel discussion titled, "Security Forces and Inclusive, Peaceful Democratic Elections in the ECOWAS Region Consolidation," which was held on Friday in Ghana.

Dampare admonished political aspirants across West Africa to believe and accept the outcome of elections to avoid crisis during and after elections in the region.

He noted that seizing power through any means has resulted in some crisis in some West African countries."Loosing elections is not the end of the world," he said.

Dampare added that those responsible for running elections should ensure credible, free, and fair elections to clear the doubts of contestants about voting outcomes.

He said, "But if we keep depending on the security agencies to give you hope for the purpose of ensuring a successful election, then our democracy is still at its infancy."

Dampare explained that we're praying to reach a level where deploying security forces for peaceful conduct of elections would not be necessary.

He urged the elections commissions across West African countries to announce the results of the elections without unnecessary delay, which could increase tension on social media platforms.

In the same vein, Ambrose Sovula, the Inspector General of Police in Sierra Leone, suggested that social media should be regulated by ECOWAS, especially as it relates to the announcement of election results.

However, he urged political office holders to serve the masses faithfully so that they would be sure about winning elections without using fraudulent means to hold on to power at all cost.

According to him, street rallies should be abolished for town hall meetings to enhance policing in the region.