By speakerphone (self media writer) | 29 days ago

There have been some controversies surrounding the Pro-Government protesters that protest in the support of one Nigeria in New York as President Muhammadu Buhari arrived for his scheduled activities for the United Nations General Assembly. These protesters carried different placards with inscriptions like "Unity in diversity", "Stronger together", "Genocide in Eastern Nigeria is plain propaganda", "Nigerians want national unity, not secession," amongst others.

However, there was a report that the Pro-Government protesters are hired people who are promised between $50 to $150 to be at the venue of the protest and show support for the President Muhammadu Buhari administration as against some anti-Buhari protesters who are also calling are calling for self-determination and referendum to determine the fate of the country. 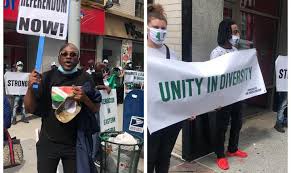 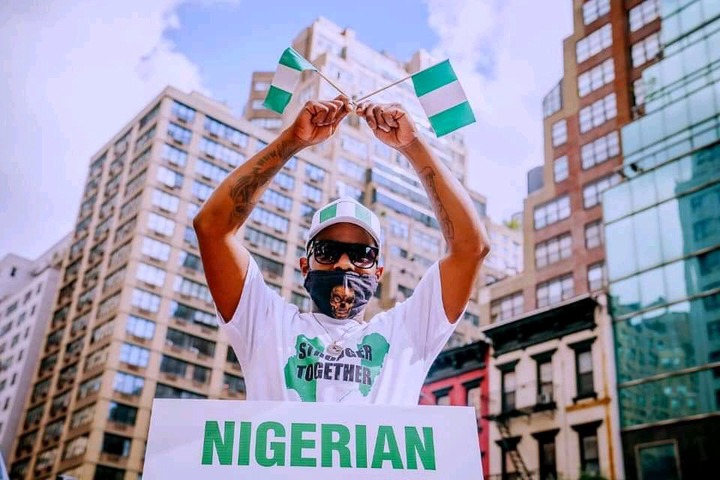 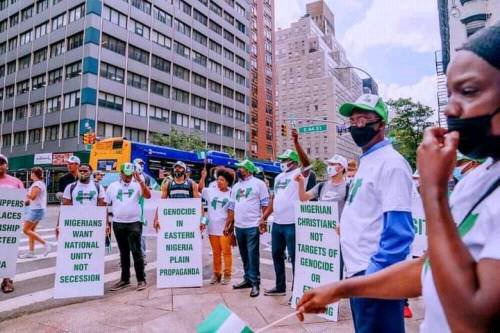 Since many Nigerians love to work to earn money rather than leave their jobs and protest, wasting away their productive time on things that will not increase the amount of money in their pockets. A person who leaves her country for the outside world to make money will not like to waste his or her working hours on a protest that will not involve some cash.

There have been many protests around the country that are reported to be politically motivated, either to support a particular public officer or against him or her. The way many Nigerian politicians operate is to destroy their rivals by just fueling some negative narratives about them to make people have a bad opinion of their victims. 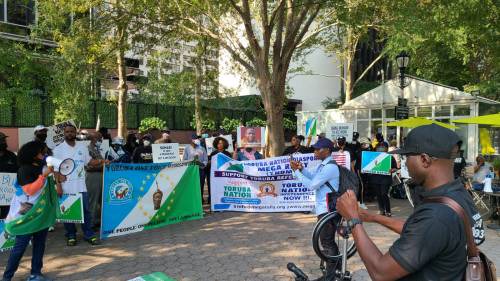 My argument is not whether the protesters who supported the Buhari administration in the US are paid or not paid, but trying to look at the possibility that those anti-Buhari protesters are also hired and promised a certain sum of money to carry out their protest.