The president said he is determined to get to the root of the underdevelopment in the Niger Delta Region.

The president revealed this to the public on Thursday evening through a statement released on his Twitter handle.

He said his administration is committed to bringing even and sustainable development to the region.

The president also added that the National Assembly and investigating law enforcement agency should speed up their investigation in the Niger Delta Commission in order to ensure transparency and accountability in the region. 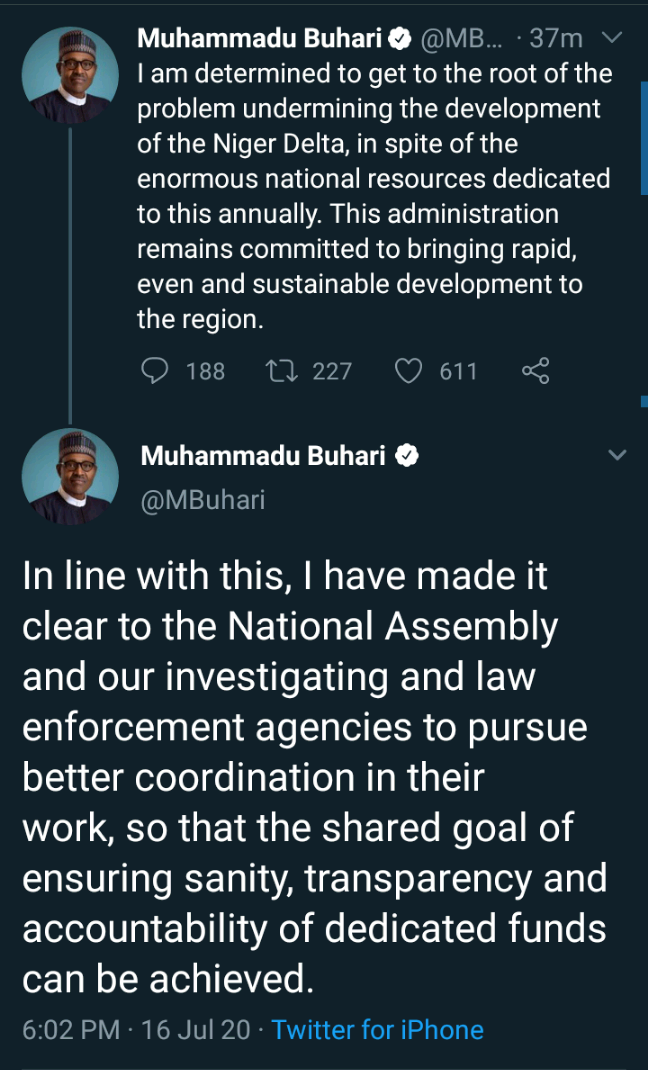 A few months ago, President Muhammad Buhari disbanded the management of the commission over allegations of corruption leveled against them and appointed the Interim Management Team.

The Interim Management Team has also been accused of gross misconduct and mismanagement of billions of Naira.

The National Assembly Committee on Niger Delta is currently investigating the corruption allegations leveled against the management.

The minister in charge of the region, Senator Godwin Akpabio, said that the former Managing Director of the commission, Joy Nunieh, hid the commission's expenditure for him. 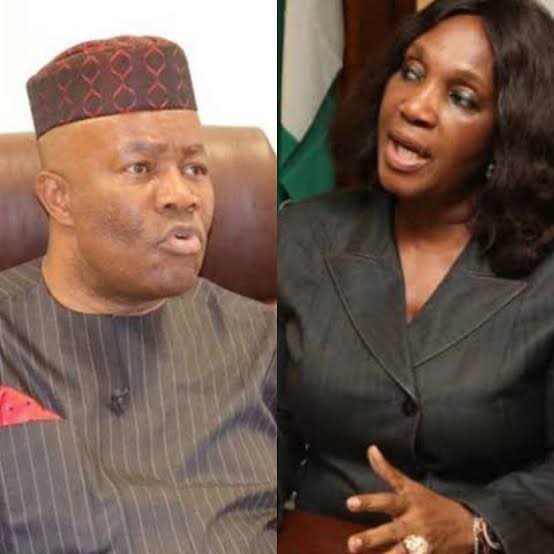 The former MD also accused the minister of engineering of her removal because she could not dance to his tones. She said the minister wanted to take over the funds of the commission.

Serious allegations and verbal is currently going on between both parties.

The former MD's home was invaded by the police on Thursday morning. The security operatives blocked her from leaving her home in Port Harcourt to the airport.

She was to appear before the National Assembly Committee investigating the mismanagement of funds in the commission today.

The Rivers State Governor, Nyesom Wike, later came to her rescue and take her to the state government house.

The Interim Management Team also walked out on the House of Representatives Committee on Niger Delta on Thursday morning because they were not satisfied with the presence of the committee chairman in the meeting.

The Niger Delta Commission is a rock with a lot of crises.

President Muhammad Buhari has spoken and we should expect a lasting solution soon.

What is the reason for the underdevelopment of the Niger Delta despite enormous national resources committed to that region?