Today's Headlines: We Did Not Call For Impeachment Of Osinbajo―Ohanaeze, Buhari Speaks About Bandits 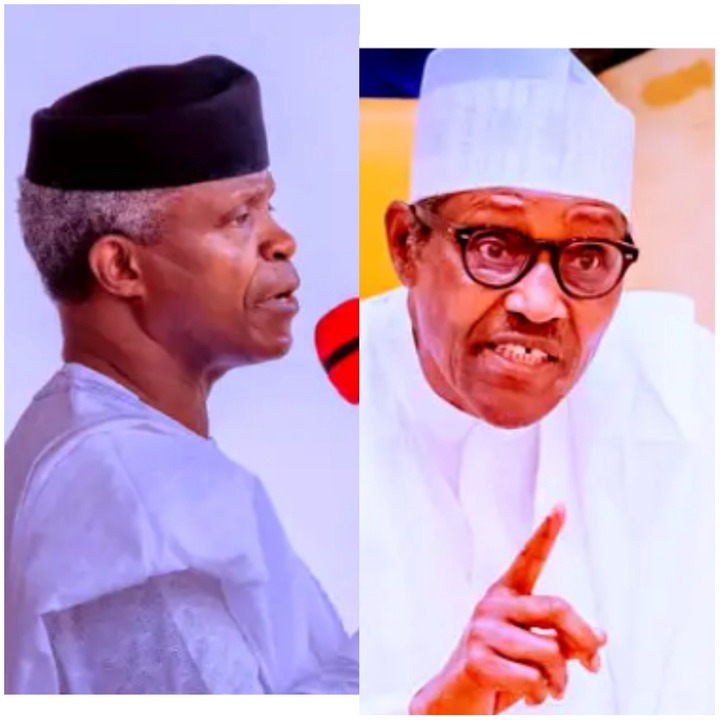 We did not call for impeachment of Osinbajo ― Ohanaeze Ndigbo 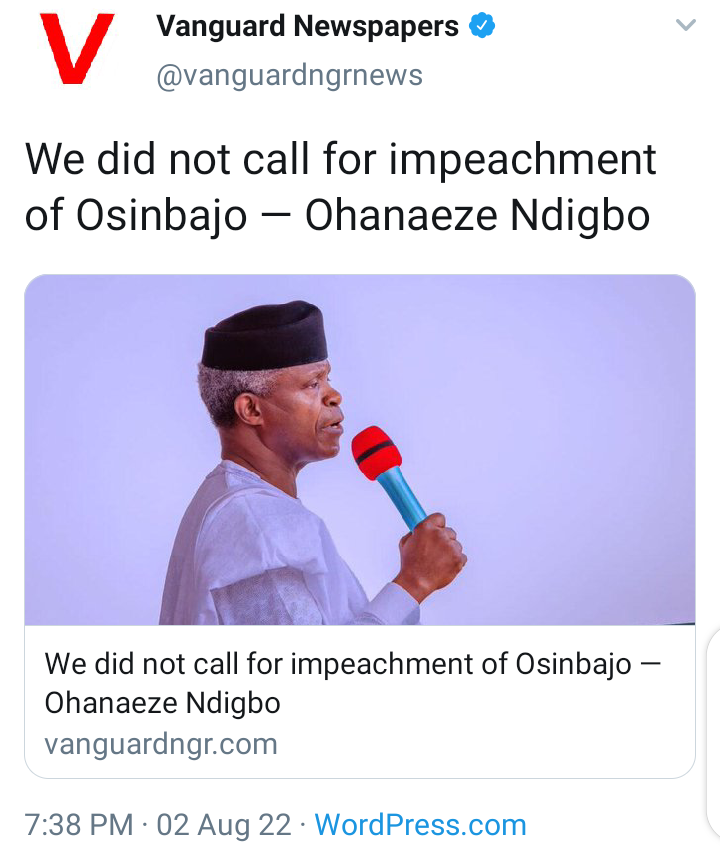 OHANAEZE Ndigbo says it never called for the inclusion of Vice President Yemi Osinbajo among those threatened by the Senate to serve impeachment notice over deteriorating state of insecurity in the country.

Ohanaeze disowned the press release where the said call was made and those who made it, saying that “those behind the fake press release are mischief makers, impostors, charlatans”. 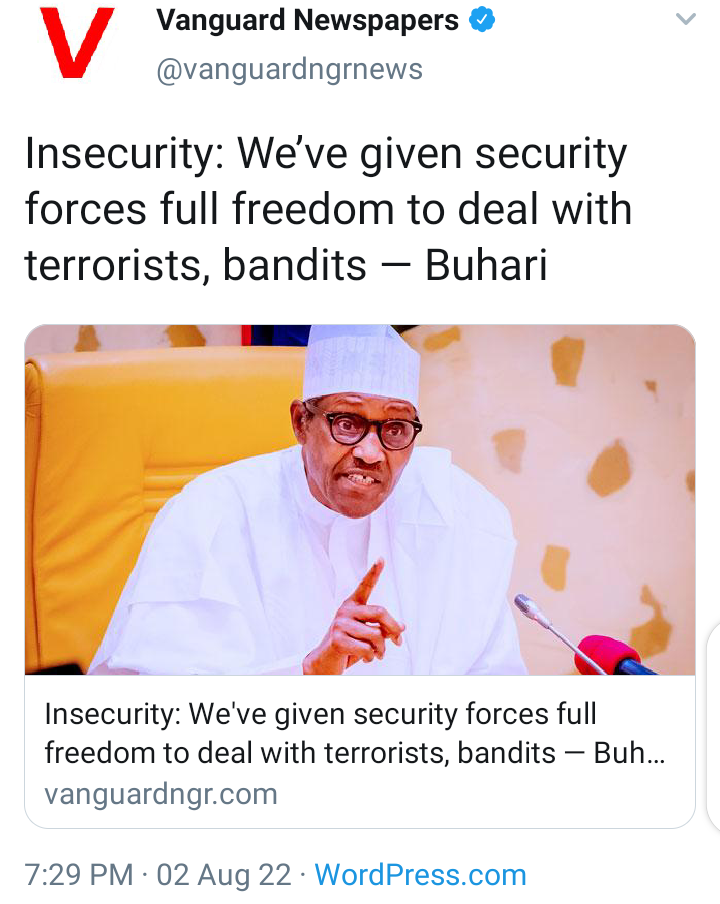 PRESIDENT Muhammadu Buhari yesterday said that the nation’s security forces have been given full freedom to deal with the terrorists and bandits causing havoc in the country.

This is as the President has paid his condolences to those who lost their loved ones in the recent barbaric terrorist attacks in Sokoto, Kaduna and Plateau states. 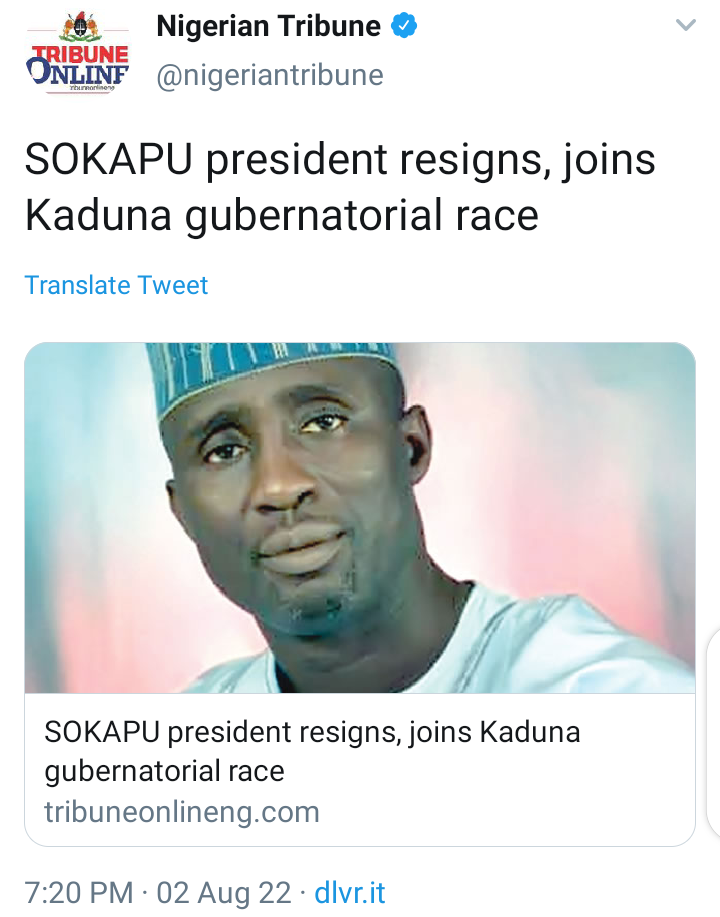 The President of Southern Kaduna People’s Union (SOKAPU), Jonathan Asake, has resigned from his position to join the Kaduna State governorship race under the platform of the Labour Party (LP).

He dropped the hint at SOKAPU’s secretariat in Kaduna on Tuesday, saying he has to answer the clarion call of the majority of people who urged him to join the governorship race. 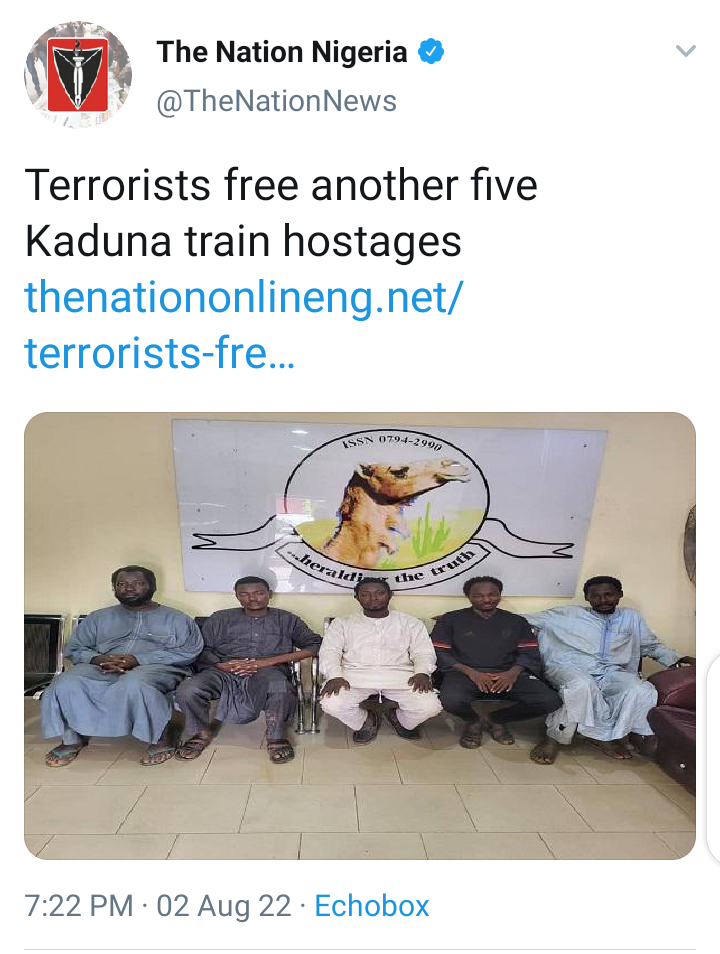 Terrorists, who attacked the Abuja-Kaduna train, killed nine passengers and kidnapped 63 others on the 28th March, have released five of the remaining hostages in their captivities.

Publisher of Desert Herald newspaper, Mal Tukur Mamu who confirmed the hostages release to journalists in Kaduna, also released their photographs and confirmed identity of the victims.