Is Taiwan a much better society to live than China? 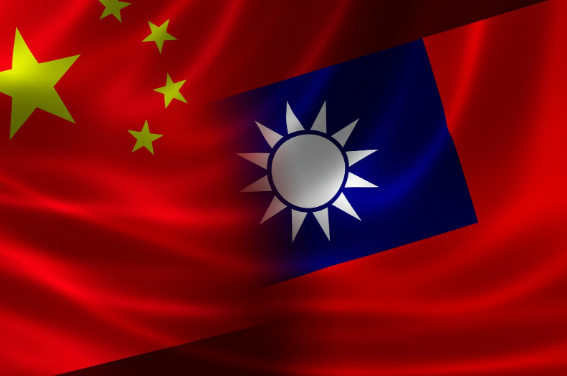 A lot of mainland Chinese people think “too much” freedom is bad because of all the tragedies they’ve had to endure over thousands of years, particularly in the last few centuries. Long before the communists ever came to power, Chinese society emphasised concepts such as order and conformity because of how frequently disputes would occur. One word you will constantly see repeated all throughout Chinese history is “harmony”.

Historically, being a soldier (instead of the highly coveted scholar) and the armed forces itself were heavily looked down upon, but obviously the existence of a military was necessary to defend China and its interests. When China was militarily weak, the nation would pay dearly for when it would have to face invasions - usually from the “barbarians” who lived to their north, but in the modern era the West and Japan have largely supplanted these steppe peoples as the invaders/threats. 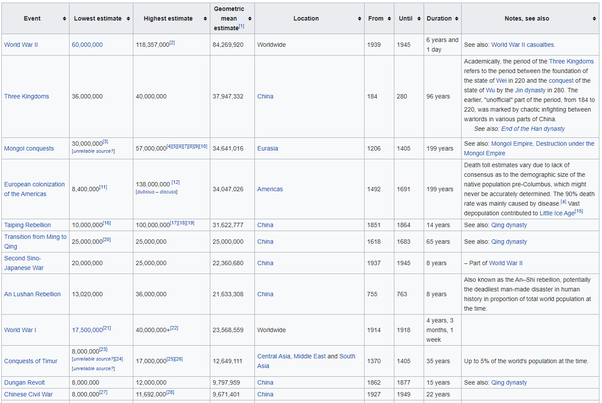 Many Chinese people suffer from a form of PTSD through a long line of inter-generational trauma that that can be felt on a national level. This is something many, many well-off Westerners simply can not fathom or empathize with. They think Chinese people are heavily defensive of their government because some sort of “Confucianist brainwashing” has turned them “non-confrontational”, rather than how they are acting on a collective psychological response to trauma. This trauma from thousands of years ago was what created Confucianism in the first place rather than the reverse of Confucianism creating such a psychological state (although the two would re-enforce one another). Confucius himself was simply collecting and repeating knowledge that was already in existence throughout Chinese society. Confucianism is very “Chinese” in how it goes about establishing that an individual should better themselves and that they must forgo their own desires for the greater good of the people. Confucian societies are centered on familial relationships; an individual had no authority to revolt against these societal ties. An individual disconnected from the family is widely considered an outcast and relegated to the bottom of the social ladder. Confucianism lacks a universal reverence for the individual (liberalism has a historical basis within Christianity - a core aspect of Western culture); personal status in Confucian communities is inexorably linked to one's position within the social hierarchy. In this context, many individual rights cannot exist in the same way they do in the West. Naturally the right of the individual to partake in the direct appointment of a ruling official (democracy) is an ideological inconsistency with traditional Confucian society.

This actually makes the style of China’s current government more compatible with the traditional style of government that dominated it for millennia. It is more-or-less the “norm” that China has always lived under. Confucianism and democracy are not compatible systems. Just like how women’s rights or gay marriage is frowned upon by both Confucianism and Taoism (Confucianism makes it explicitly clear that women are innately inferior to men), but does that mean they are inherently “bad” for Chinese people? I suppose that depends on how much you value Chinese traditions. I personally think people heavily overrate Chinese traditions, a lot of “value” for them is rooted in Orientalism (to outsiders) or Sinocentrism (to Chinese people themselves); not how they are relevant or personally benefit Chinese people. The destruction of certain harmful traditions will not be missed. Others will fade out of their own accord when people don’t see the point of them. Thankfully, some have, and of course, the ancient Chinese ended their own “sacred traditions” if they thought they were no longer compatible with their current lifestyles. The debate over human sacrifice in China is a long and complex one stretching back from before the Xia Dynasty. It was abolished at certain times, only to be brought back the next, and this controversy just keeps on going and going over the centuries. Was the practise of human sacrifice a core part of their culture or a disgrace? Was the banning of human sacrifice an act affront to traditional Chinese culture? What even is “traditional” Chinese culture? If you have an interest in Chinese religions then I really recommend reading about that (it is quite complex though).

I don’t know where the West got the idea that Chinese people are extremely “docile” when Chinese people have overthrown countless governments and China has had more insane wide-scale violence than literally any other place in the world. I still have trouble wrapping my head around the fact that the Three Kingdoms period was the single greatest conflict in human history until WWII happened over two thousand years later with modern technology and every continent getting involved. The CPC is much more concerned about maintaining stability within China than with outside powers. The single greatest threat to the stability of the Chinese nation lies within the Chinese people. You do not want to come to a point where you make Chinese citizens too angry at the state of affairs. So on the one hand, you might have some Chinese people desiring freedom which is why they will immigrate to a liberal democracy in the West but many others don’t see the issue of “freedom” as important. In fact, some fear it because of it potentially leading to something disastrous. Thus they do not have many qualms about the heavy-handed approach that the government takes and as previously stated, the authoritarianism isn’t new.

As for “richer”, Taiwan had a head-start over mainland China and was in a much better position due to its already-existent infrastructure left over by the Japanese and how it wasn’t a battleground where entire cities where burned to the ground like many regions of the mainland. Along with receiving help from the USA, Taiwan also benefited from the ROC moving its massive treasury over from mainland China to further develop just a single island a mere fraction of its size (this was the money generated by mainland Chinese and yet it never went to them). As such, a common criticism that mainland Chinese level at Taiwanese is that the Taiwanese are “pampered” because most Taiwanese never experienced any of the sheer horrors the mainland Chinese did and accessed a much easier pathway to becoming developed. The complaints the Taiwanese have of the White Terror seem pathetic in comparison to the Rape of Nanjing, Unit 731, the Cultural Revolution, the Manchukuo regime, the Warlord era, the list goes on. Mainland Chinese are quite aware of the wealth gap between them and Taiwan but they believe that their economy will further develop and their lives will improve given more time. I have been to mainland China a few times and it changes at such a lightning fast pace, it frightens me. My mother’s family lives in Kinmen, ROC and they often take short ferry rides to Xiamen, PRC for goods and services, or for recreation since Kinmen is much closer to mainland Fujian province than it is to Taiwan (although ironically people from Xiamen speak much more like Taiwanese people than Kinmenese people). There used to be really noticeable wealth inequality between Kinmen and Xiamen but now they’re looking more and more similar to each other. For now, Taiwan isn’t that much richer compared to Shanghai or Beijing. Though not a part of the “mainland”, Hong Kong and Macau are far richer than Taiwan. Macau in particular is ludicrously wealthy, it has the highest GDP per capita in Asia and among the highest in the world. The PRC has mimicked some the financial success it has seen in the SARs on the mainland, and poverty-eradication is the long-term project they are currently undertaking. Unlike the existence of an “authoritarian China” which is pretty much how the nation has always been, the existence of a “poor China” is odd. A poor and exploited class of agriculturalists has persisted within China since the nation’s inception but the country was still rich due to its extravagant ruling class and large middle-class. It was only within modern history that China went from being the wealthiest nation in the world to one of the poorest. It is not one of the poorest anymore but it still has a long way to ago at reclaiming any of its former glory.