By Yeshuasbreed (self media writer) | 4 months ago 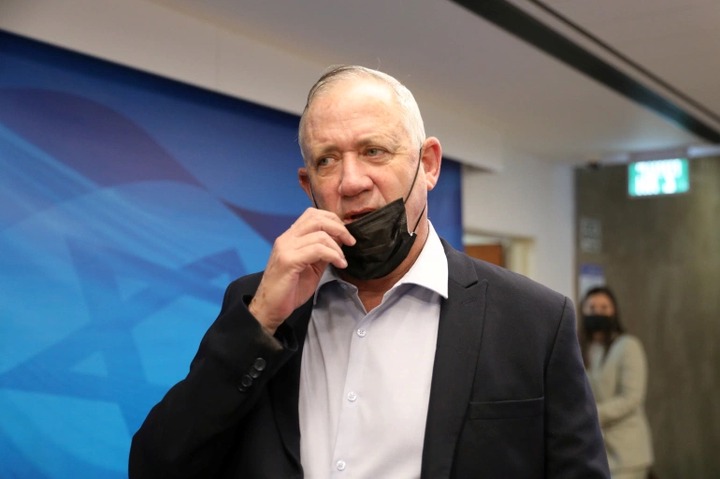 The Defence minister for Israel has announced an interesting series of gestures that the nation aims at using in bringing peace to Palestine and Israel, while strengthening the Palestinian Authority, including plans to loan $150m to the cash-strapped autonomy government in the occupied West Bank.

The announcement was made on Monday and it comes after the Defence minister for Israel, Benny Gants met with the Palestinian president Mahmoud Abbas in the first high-level meeting between the two sides in years.

According to reports, this action taken by the Israeli government is a gesture towards marking a shift in direction after it had completed a breakdown of communication between the Palestinian President, Abbas, and the Israeli leaders recently. Reports had earlier claimed that the government of Israel wishes to ensure it makes its support for the Palestinian president against his rival, very clear. The purpose is to strengthen the Palestinian government, through its president, against the Gaza ruling Hamas group.

“The stronger the Palestinian Authority is, the weaker Hamas will be,” Gantz was quoted as telling Israeli military correspondents on Monday. “And the greater its ability to govern is, the more security we’ll have and the less we’ll have to do.”

The media aides of the Israeli Defence minister had mentioned that he had told the Palestinian president that the government of Israel will take new measures to ensure it strengthens the Palestinian economy. The Defence minister's office stated that it had also had discussions on security issues and has agreed to remain in touch on changes. It was believed to be the highest level public meeting between the sides since 2014. 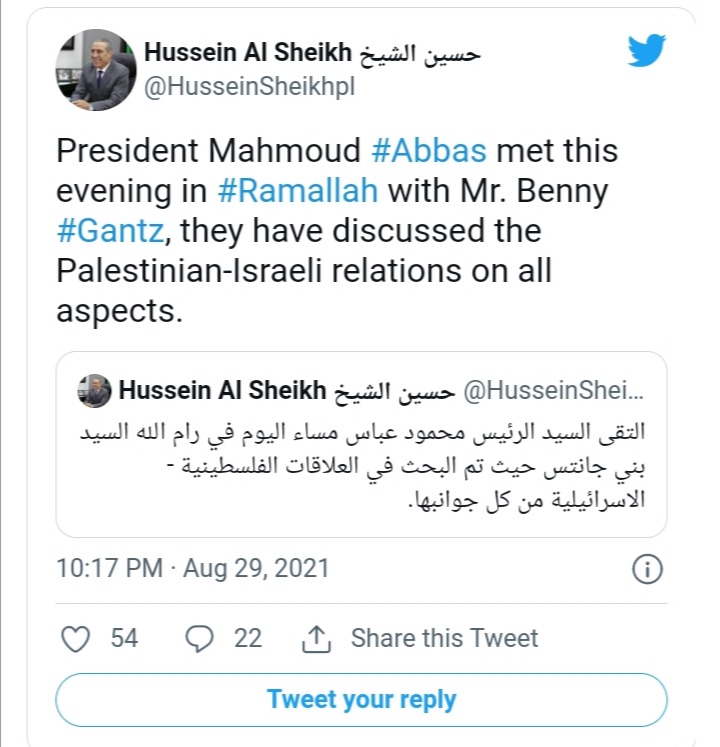 It was later revealed on Monday that the office of the Israeli Defence minister had confirmed that Israel had agreed to Laon the Palestinian authority 500 million shekels and the equivalent of 155 million dollars. The money would be repaid to the Israeli government with tax funds that Israel normally collects for the Palestinians.

Al-Sheikh confirmed the meeting on Twitter, while Gantz’s office said the defense minister and Abbas held “a one-on-one meeting” after the larger talks.