Why We Dumped APC For PDP -Buhu Gumi 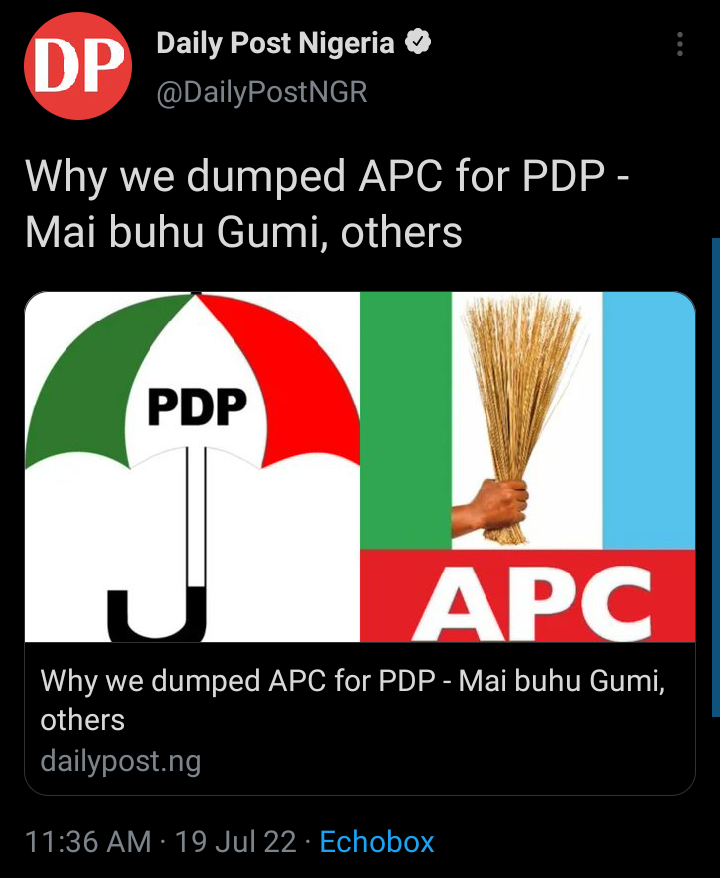 In an exclusive interview with Daily Post in Gusau, the state capital, the leader of the group, Alhaji Mai buhu Gumi lamented that there were deep cracks on the walls that the leadership of the party has failed to amend. 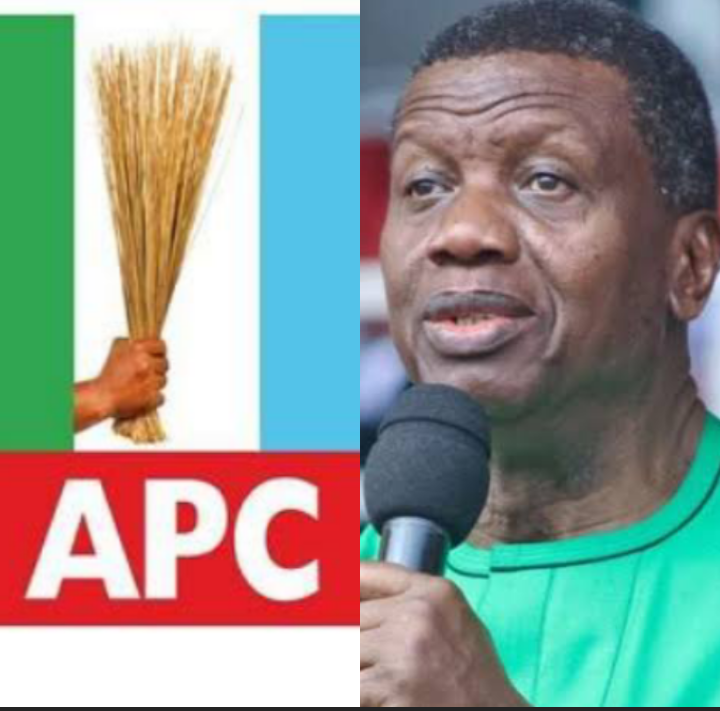 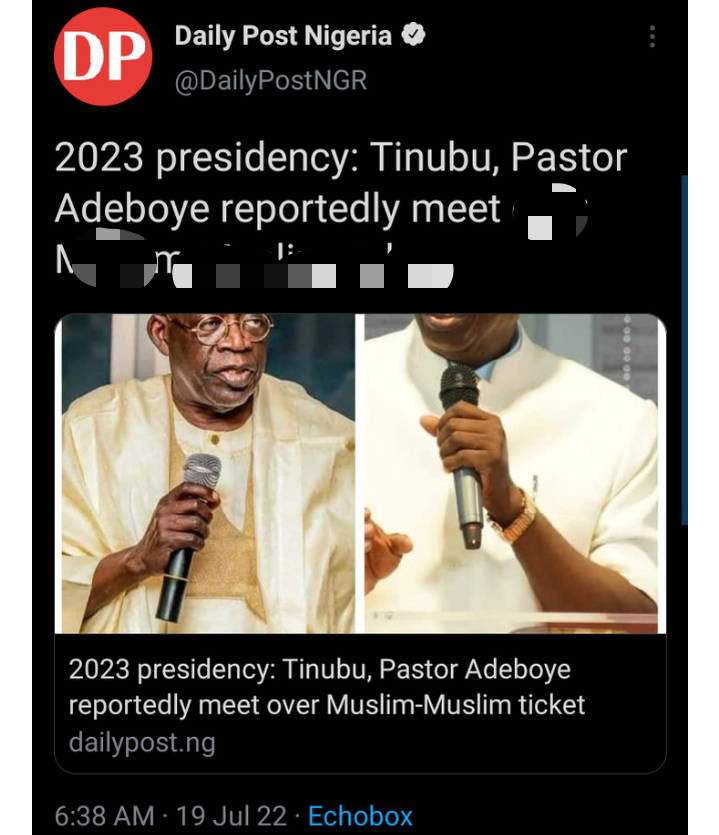 Tinubu’s meeting with Adeboye was said to have been centred around his decision to settle for a Muslim-Muslim ticket.

ThisDay reports that Tinubu’s meeting with Adeboye was held on Sunday at the Redemption camp.

In the meeting was Tinubu’s wife, Senator Oluremi, who is a deputy pastor with RCCG, alongside others. 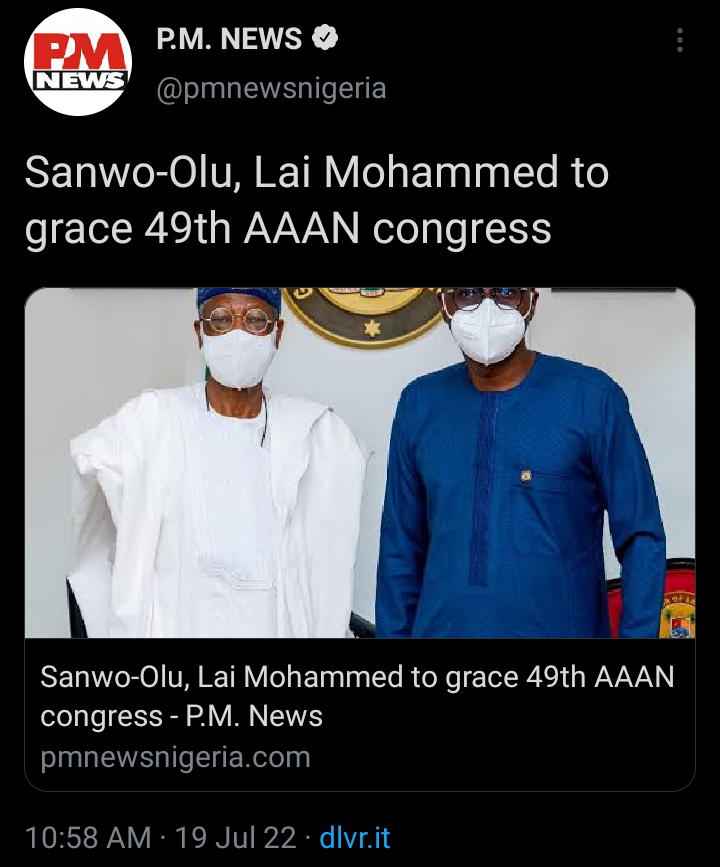 Governor Babajide Sanwo-Olu and the Minister of Information and Culture, Alhaji Lai Mohammed are among the dignitaries expected to attend the 49th Annual General Meeting/Congress of the Association of Advertising Agencies (AAAN).

According to the statement by AAAN, the 49th AGM-themed ‘The New World Order: Technology as a Game Changer’ will hold on Friday, July 22, 2022, at the Jubilee Chalets, Epe, Lagos State.

Governor Sanwo-Olu is expected to declare the AGM open while Alhaji Mohammed, whose ministry oversees Advertising, will grace the event as Keynote Speaker as well as Special Guest of Honour. 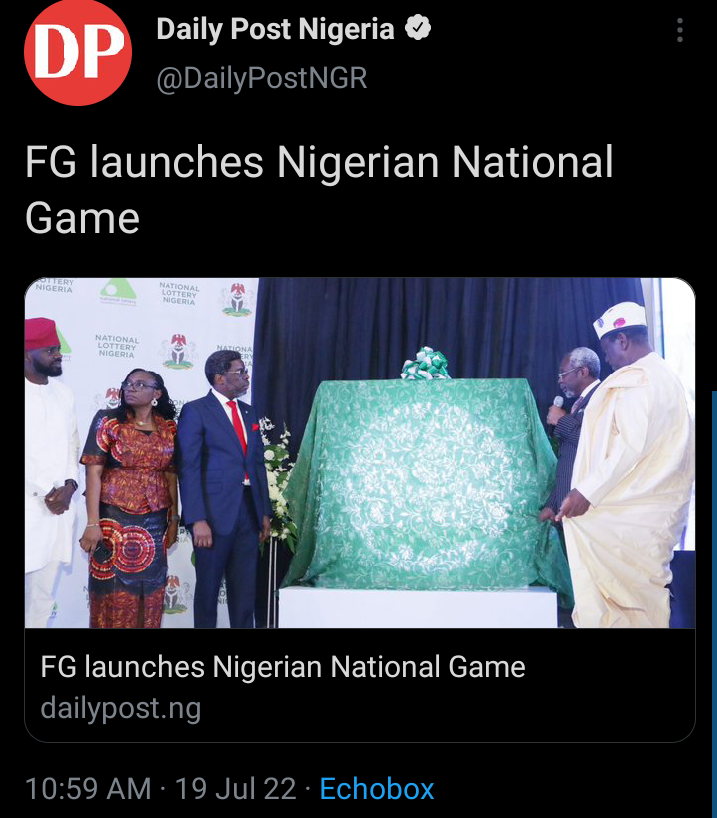 The Speaker of the House of Representatives, Honourable Femi Gbajabiamila and the Minister of Special Duties and Inter-Governmental Affairs, Senator George Akume on Monday led other top government officials in Nigeria to launch the Nigerian National Game.

The event which took place at Congress Hall, Transcorp Hilton, in Abuja had in attendance, the Director General of National Lottery Regulatory Commission (NLRC), Mr. Lanre Gbajabiamila, officials of the lottery commission of some african countries among whom are those from Ghana, Cote d’ivoire and Niger Republic and other dignitaries. 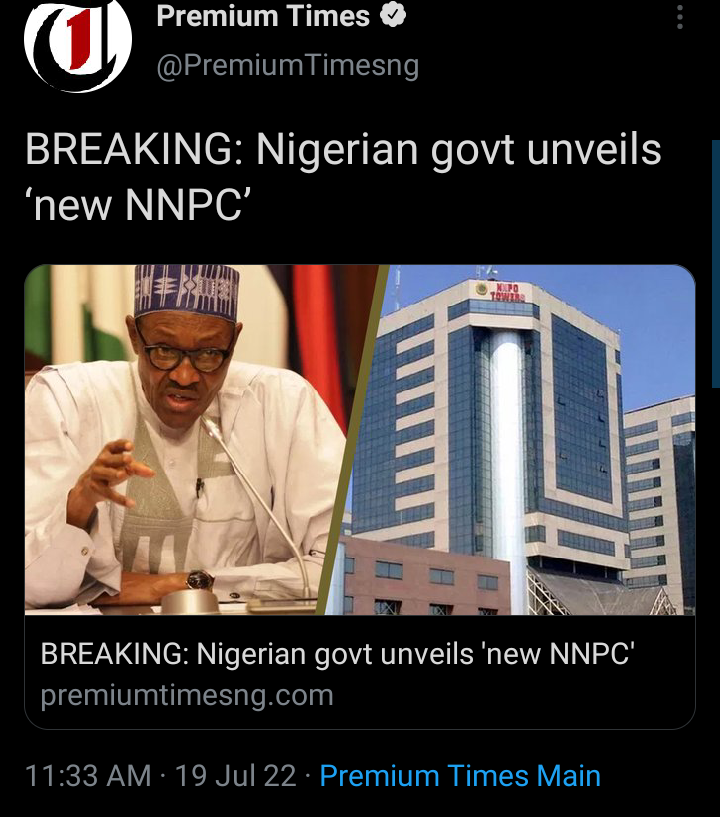 The NNPC Limited is expected to be managed as a private energy enterprise unlike the former corruption-ridden government organisation.

The unveiling took place at the presidential banquet hall in Abuja. 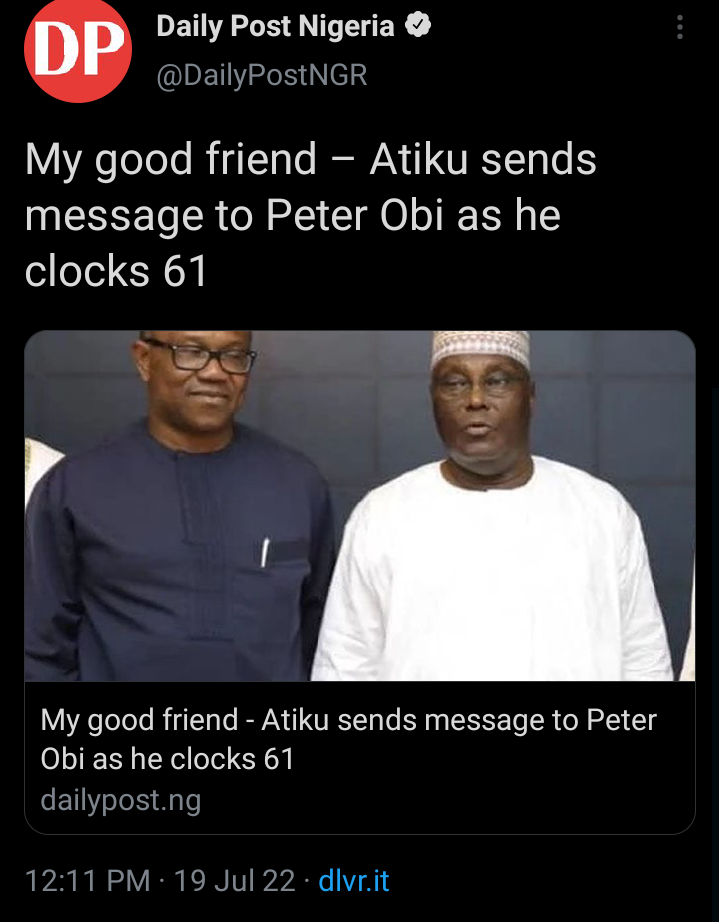 In a tweet, the former Vice President described the former Anambra State governor as his good friend.