I Was Not In UNIBEN At The Time, Prof. Sagay Clears Air On Oshiomhole's Allegation Against Ize-Iyamu 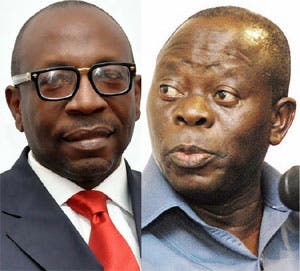 It may appear this is a bid by the All Progressives Congress, APC to do a damage control on its governorship candidate, Pastor Osagie Ize-Iyamu's image, as a clarification has been made over allegation made against him by former national chairman of the party, Adams Oshiomhole.

This is as the Presidential Advisory Committee Against Corruption (PACAC), Professor Itse Sagay (SAN), has debunked the claim that he was the chairman of the committee set up by the University of Benin (UNIBEN) to probe the cult related issues involving Pastor Osagie Ize-Iyamu.

Recalled that Oshiomhole's, a former Governor of Edo state had in viral video alleged that Osagie Ize-Iyamu, who was a student of the University was a cultist and poured acid on a student’s private part.

Oshiomhole went further saying that Prof. Sagay, who was at the faculty of Law in UNIBEN headed Tha panel that investigated Ize-Iyamu, the governorship candidate of the APC in the forthcoming gubernatorial election. 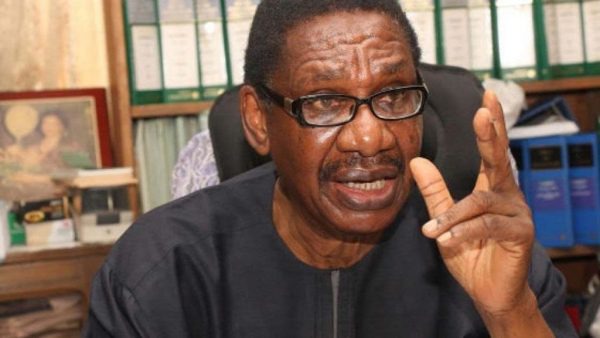 But in his reaction in an interview on Wednesday, Prof. Sagay said he couldn't recollect heading any committee Oshiomhole was referring to until he left the Law faculty of the University in October 1986.

However, the Senior Advocate of Nigeria noted that he can't deny if the incident described by Oshiomhole happened or not, but admitted the APC governorship candidate was his student and remained in the University when he left as Dean of the Law Faculty at the University of Benin.

“The truth of the matter is that I have no knowledge of what Adams Oshiomhole is talking about. I can't recollect the incident. However, I can't say that Oshiomhole was telling a lie .I hope he is not confusing me with another Dean at the University. I stopped being Dean of the Faculty of Law in October 1986. So, it could have been somebody else.

“ But I can tell you that Osagie Ize-Iyamu was in UNIBEN when I was there; he was one of my students but I left before he finally graduated. So, I can't recollect the incident the incident Oshiomhole described. I’m not denying it but I don’t remember.

On the governorship election slated for September 19th, Prof. Sagay sued for peaceful poll, adding that it shouldn't be a do or die affair.

“So, they the governorship candidates and other stakeholders should maintain peace and civilised approach to the political process. They should campaign peacefully and allow the people of Edo state decide who they want as their governor,” he said.