Ogbonna Nwuke, a former member of the House of Representatives and Rivers State factional spokesman for the All Progressives Congress (APC), has defected to the People's Democratic Party (PDP). 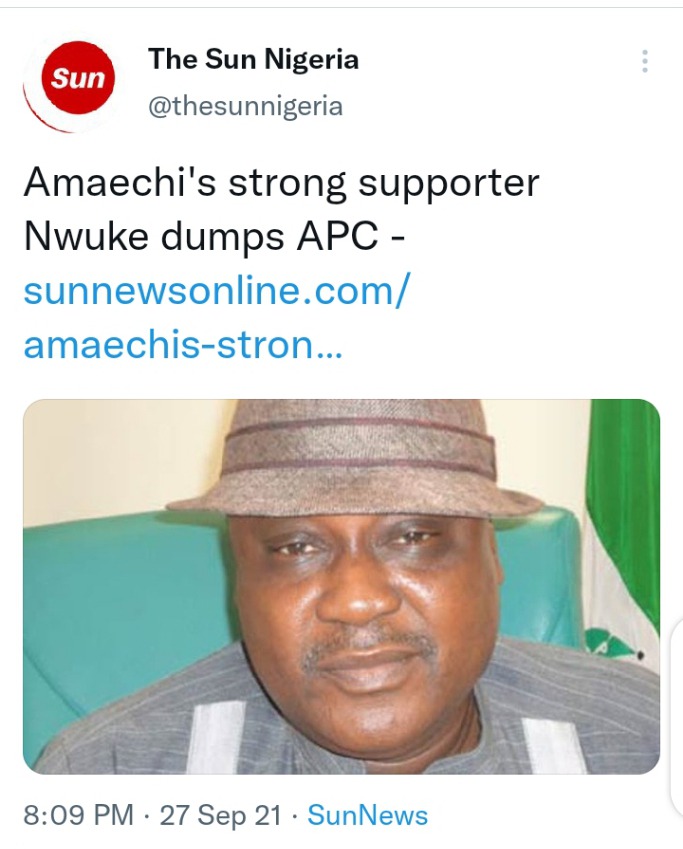 Although the former Commissioner for Information under ex-governor Chibuike Amaechi and former Publicity Secretary of the Minister of Transportation's factional camp has yet to officially declare his political party, he has indirectly revealed that he has defected to the PDP.

Nwuke expressed regret that the change promised by his former party (APC) to his Etche ethnic nationality had impoverished the people over the last six years. 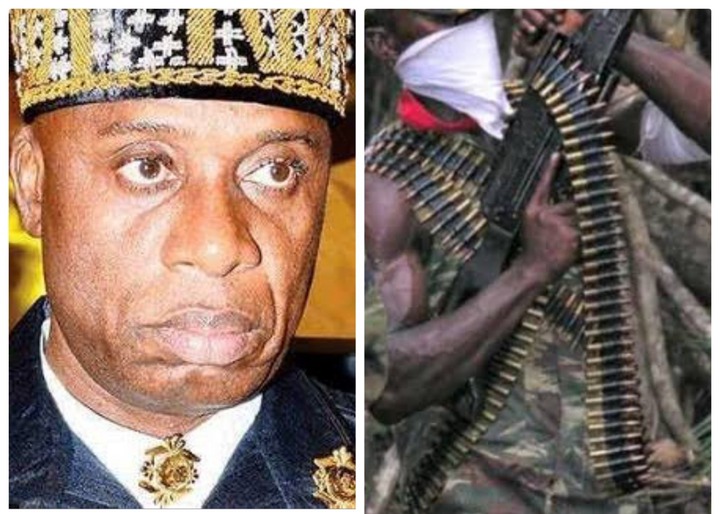 The National Convener of Youth Earnestly Seek Soludo (YESS) and a staunch campaigner of the Anambra State governorship candidate of the All Progressives Grand Alliance (APGA), Dr Nelson Omenugha was on Sunday evening attacked at Afor-Nobi market in the Idemili Local Government Area by gunmen. 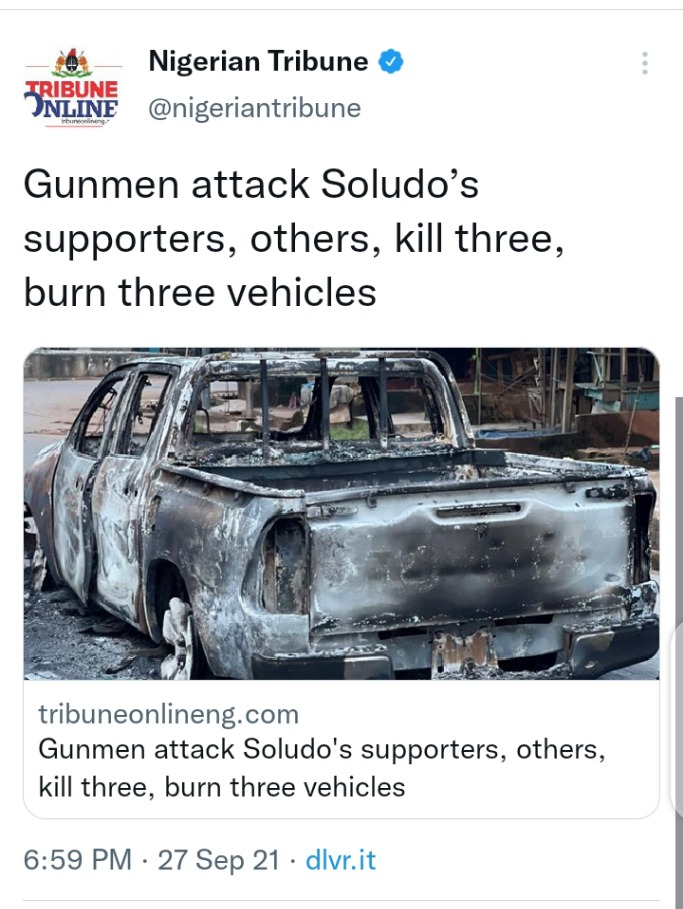 According to eyewitnesses, three people were killed in the attack, and a Toyota Hilux owned by Dr Omenugha and two others was set ablaze immediately.

Confirming the incident in a statement, the State Police Public Relations Officer, DSP Ikenga Tochukwu, said the State Commissioner of Police, Mr Tony Olofu “has detailed Police Crack Team led by Assistant Commissioner of Police on-the-spot assessment to the scene of where yet to be identified gunmen, who violently attacked unsuspecting members of the public at about 7:40 pm on 26/09/2021 along Afor, nNobi Market.”

Governor Ben Ayade of Cross River has identified free and fair elections as catalyst for national unity and antidote against voters’ apathy. 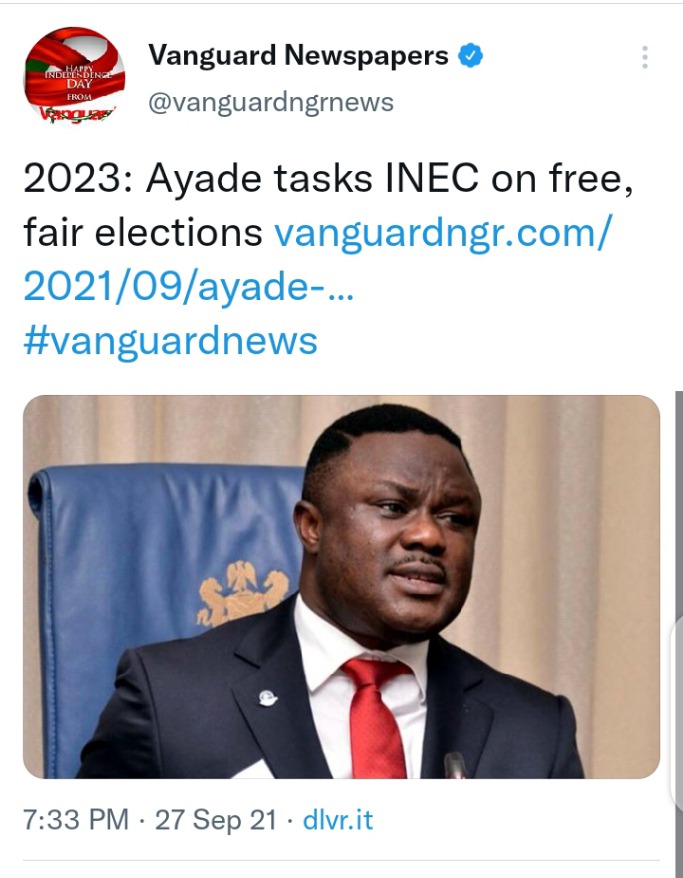 Ayade spoke while playing host to the new Resident Electoral Commissioner (REC) in Cross River, Dr Cyril Omoregbe, in his office on Monday in Calabar.

The Governor urged the Independent National Electoral Commission (INEC) to be wary of desperate lobbyists and politicians and not allow itself to be compromised.

Ngige Cries Out Over Insecurity, Says Elites In Danger

The Minister of Labour and Employment, Chris Ngige, on Monday, raised the alarm that the rising insecurity in the country has gotten to a point where nobody is safe. 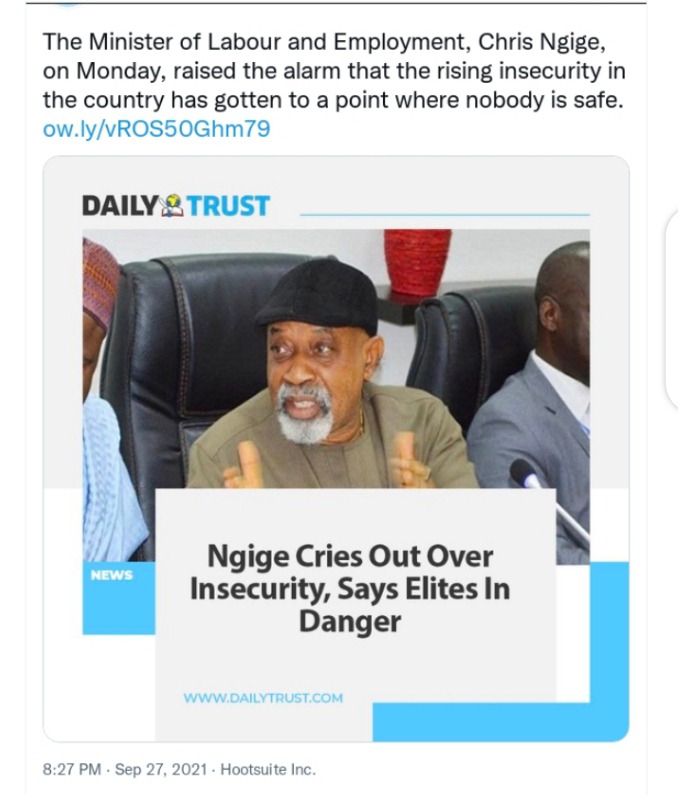 Ngige attributed an increase in the security challenges, which has also made the elites vulnerable, to the non-payment of attention to the provision of decent jobs to teeming youths.

This was stated by the Minister in Abuja while hosting leaders of the Independent Petroleum Marketers Association of Nigeria (IPMAN) and the National Pension Commission (PENCOM). 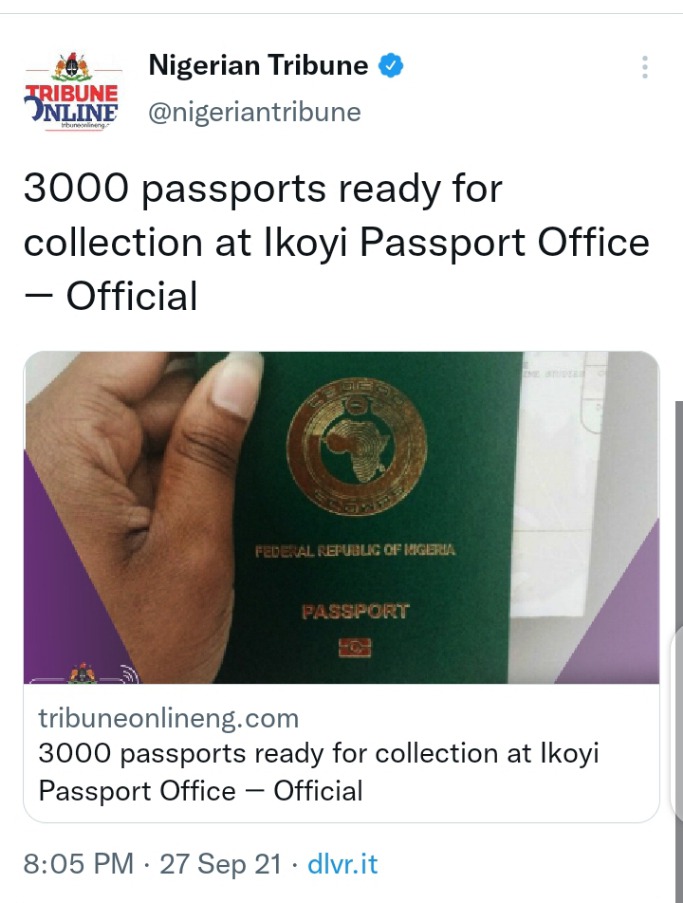 Mr Ibrahim Liman, Deputy Controller and Passport Control Officer (PCO) in charge of the office, confirmed the figure to the News Agency of Nigeria (NAN) on Monday.

Liman stated that the office had contacted applicants whose passports were ready for collection.