By M.Abiola (self meida writer) | 9 months 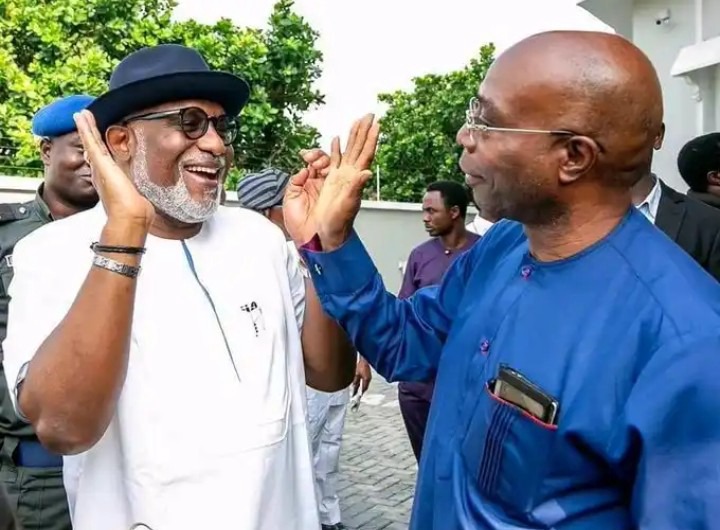 Two major members of the Ondo State's APC Unity Forum (aggrieved members of APC Party in Ondo), who are also seeking for the party's ticket as the flagbearer in the October 10 gubernatorial election, have now withdrawn from the primary election and declared their support for the incumbent governor of the state, Rotimi Akeredolu. 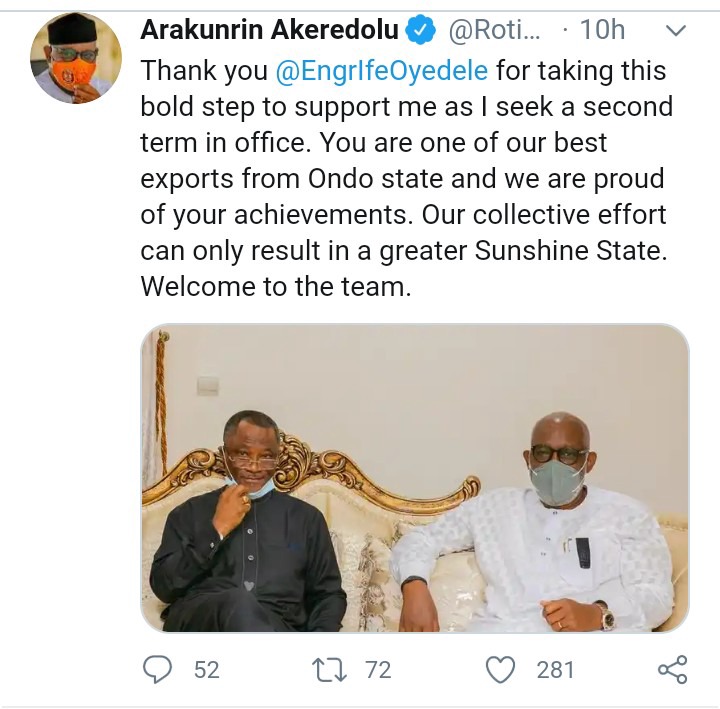 The movement of Engr. Ifeoluwa Ayodele from the APC's Unity Forum to Akeredolu's camp was announced late yesterday by the governor. However, the next person to follow suit is Dr. Olusegun Abraham, who is also one of the leading members of forum.

The APC's Unity Forum in Ondo state had earlier adopted Olusola Oke SAN, as the forum's consensus candidate to battle with governor Akeredolu in the general APC Primary Election.

However, there were complaints from some members of the forum over the credibility of the screening exercise, conducted by the committee chaired by Sen. Yele Omogunwa, that led to the arrival of Olusola Oke as the winner. 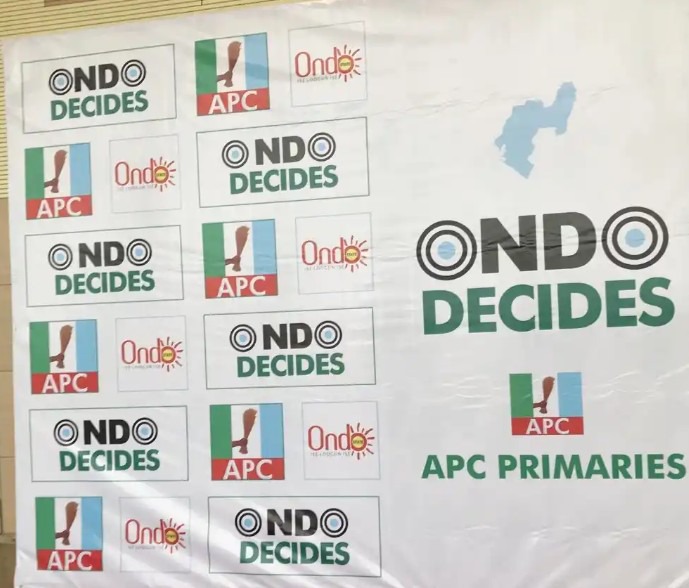 Today, over 3000 delegates in APC from across the 203 wards of Ondo State will elect the flagbearer of the party ahead of the October 10 Governorship election in the state. And the steps taken by these two members will greatly boost the chances of Akeredolu while Olusola Oke would now have many to worry about.