#1 Everyone will suffer if war breaks out - Osinbajo 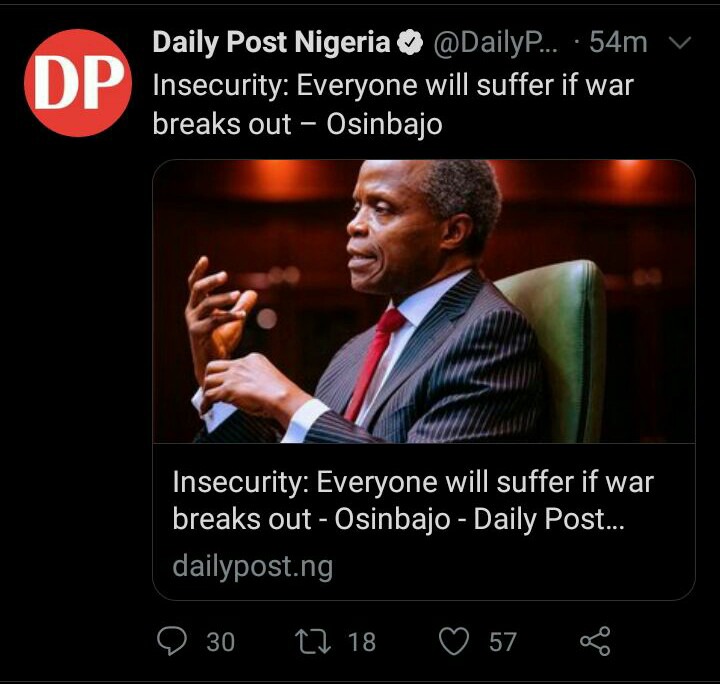 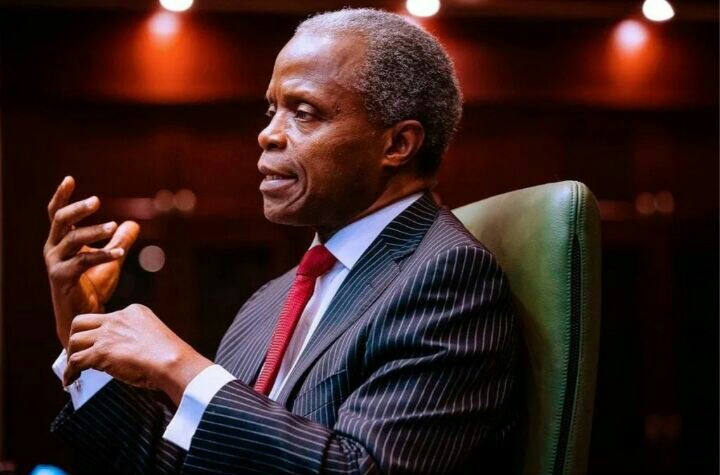 Yemi Osinbajo is the current Vice President of the Republic of Nigeria. In an interview, Yemi Osinbajo said that Nigeria cannot afford another civil war because it will not end well for the country.

He made this statement in an interactive forum of the All Progressives Congress (APC) Anambra governorship aspirants organised by the State chapter of the APC Patriots in Abuja.

Osinbajo also said that the political elite must rise up to the challenge by speaking the truth and taking actions to address the situation in the country.

He said, "i pray that our country will never know conflict, but I know that every conflict is as a result of the elite failure to speak up the truth and tell the truth to their communities.

“At the end of the day, it is the political elite that determines what happens in every society, keeping quiet could lead to a more dangerous situation". 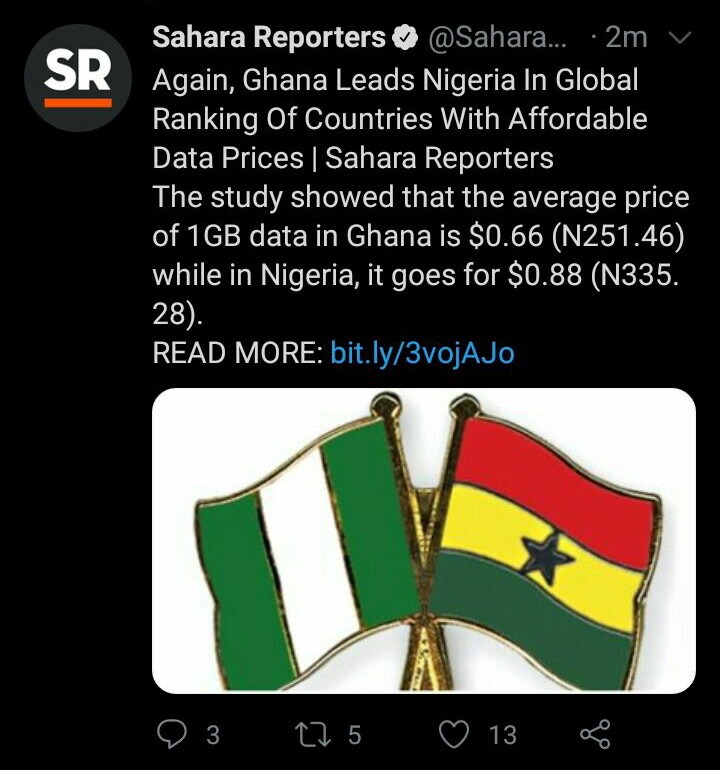 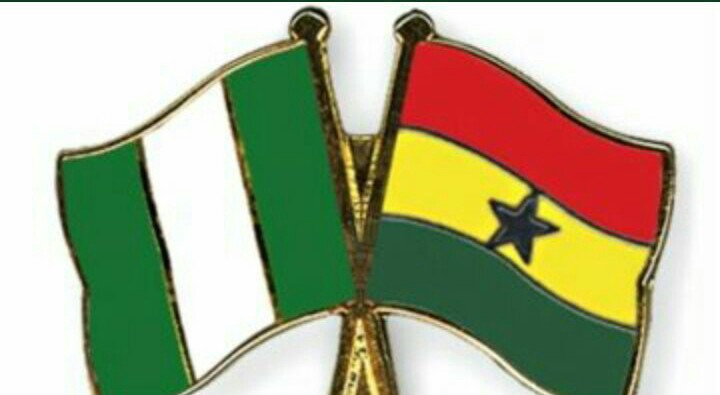 Sahara Reporters reveals that Ghana has a more affordable data pricing index than Nigeria in a period of two months.

The Worldwide Mobile Data Pricing 2021 report from Cable.co.uk, which surveyed over 230 countries on the affordability of data, ranked Nigeria as 43rd behind Ghana (27th), Sudan (fifth globally) and, Libya (30th), Tanzania (32nd) and Mauritius (33rd).

This actually means that data costs in Nigeria are relatively expensive compared to Ghana and other African countries - though Nigeria had continually retained the title ‘Giant of Africa'.

Consumer Telecoms Analyst at Cable.co.uk., Dan Howdle, observed that many of the cheapest countries in which to buy mobile data have excellent mobile and fixed broadband infrastructure and so providers are able to offer large amounts of data, which brings down the price per gigabyte. 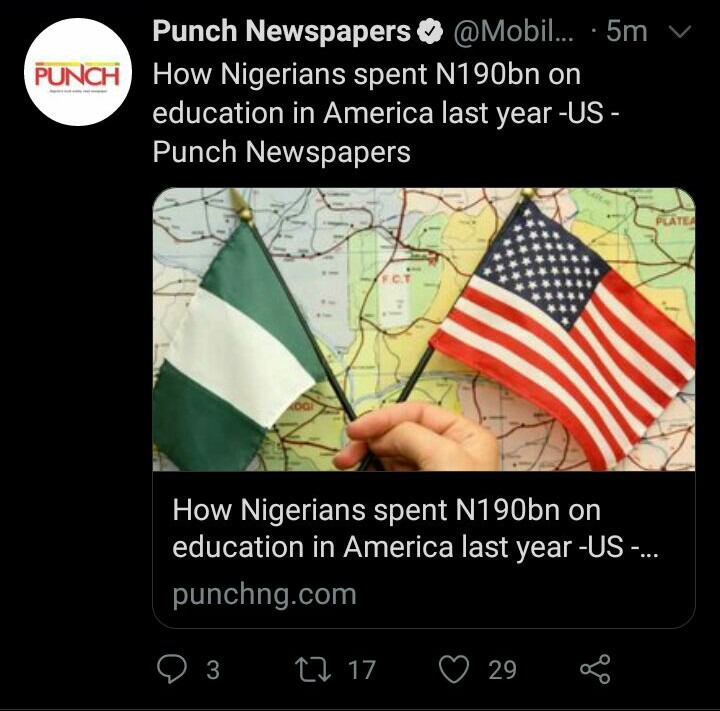 The country said in a fact sheet on Tuesday after US Secretary of State Antony Blinken had a virtual meeting with the President, Major General Muhammadu Buhari, and Foreign Minister Geoffrey Onyeama.

The United States also stated that a record was broken in the academic year 2019-2020 with nearly 14,000 Nigerian students pursuing different programmes in the country.

#4 Abductors free Oyo hotelier, wife and others after ransom 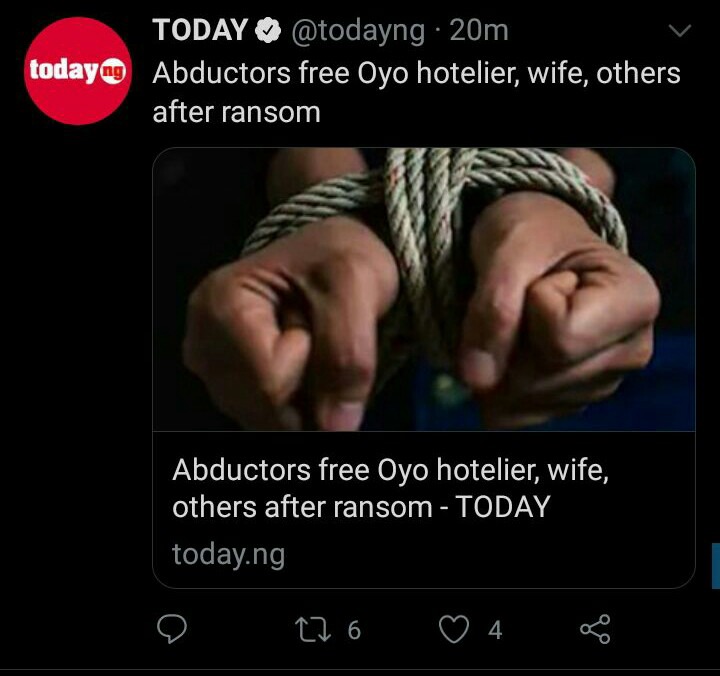 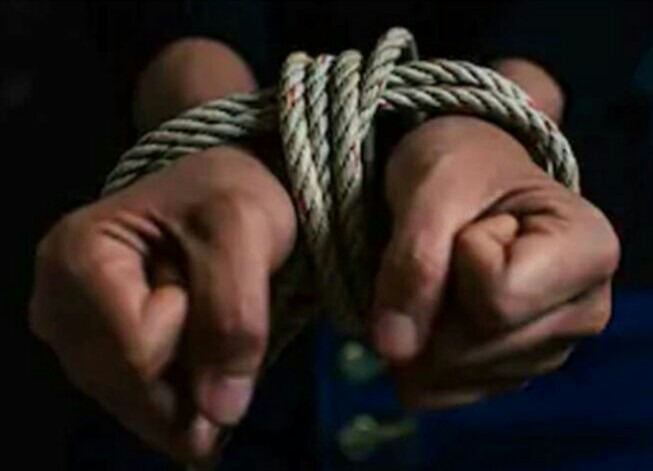 An Ibadan-based hotelier, Mr. Oyedokun Oyeniyi, his wife, Busayo; and seven other members of their family who were recently abducted have been released.

It was gathered that the nine captives were released on Tuesday.

The victims were reportedly kidnapped at a hotel in Ajaawa, near Ogbomoso town in Oyo State as the family prepared for a burial ceremony last Saturday. 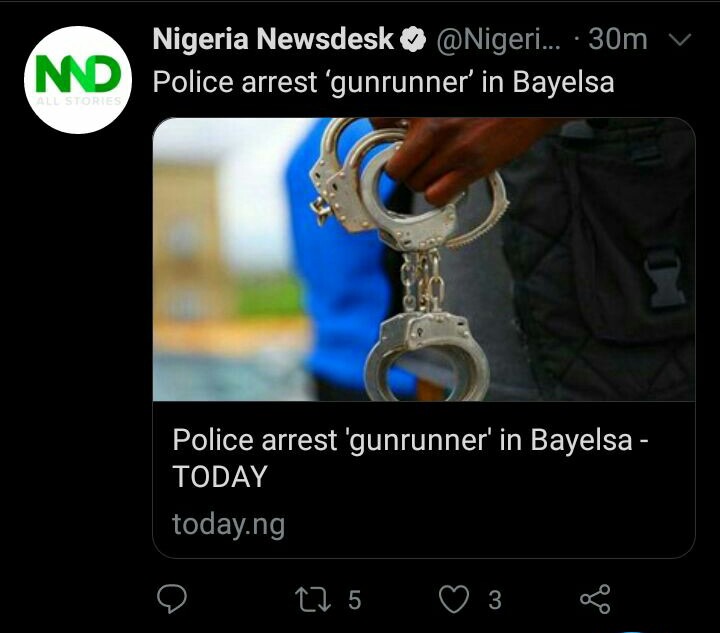 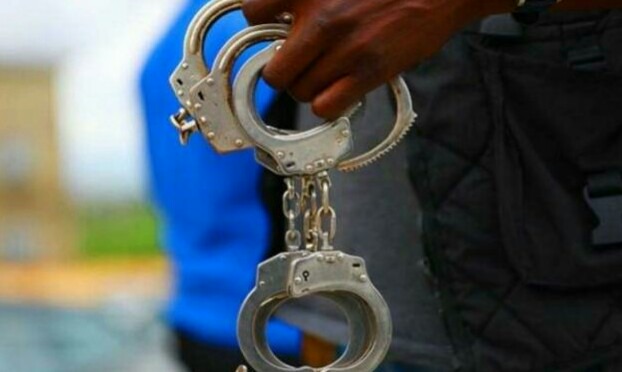 Operatives of the Anti-kidnapping Unit of Bayelsa State Police Command have arrested a 28-year-old man, who allegedly specialises in fabricating and selling locally-made guns.

In a statement on Wednesday in Yenagoa, the command’s Police Public Relations Officer (PPRO), SP Asinmin Butswait, said that the suspected gunrunner belonged to the Bobos Cult.

Butswait said that the suspect had produced and sold a number of locally-made guns to cultists and armed robbers in Bayelsa.

The PPRO said that the suspect was arrested on a tipoff.

Gay Marriage; Photos Of Some Ladies Getting Married To Their Female Partners

Opinion: 16 year Old Beyonce Ajomiwe Should Not Be On the Nigerian Idol

Checkout The 3 Best Goalkeepers In The 21st Century.

Video: "Our Country Is Going Through A War, Don't Be Deceived." - Femi Falana Says.