By ImoSpic (self media writer) | 1 year ago 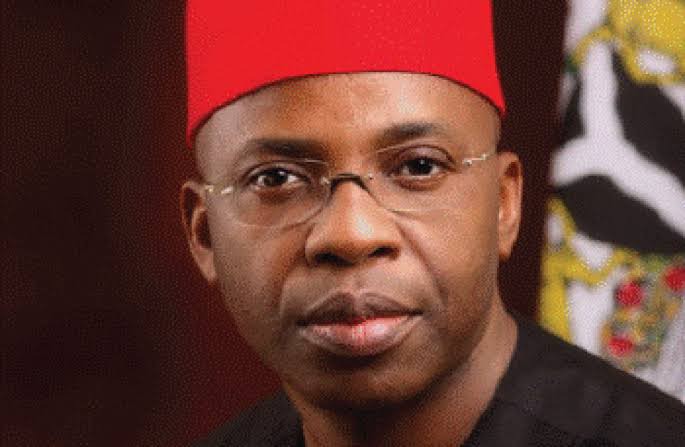 ...prompts blackmail and smear campaign against him

Thisday Newspaper, a day ago, ran a story of a woman, who claimed that former Govenror of Imo State, Dr Ikedi Ohakim defrauded her of N500million over a purported land deal.

The attack against the person of Dr Ikedi Ohakim, may not be unconnected to a recent newspaper publication, claiming that the APC was trying to lure Ohakim to the party, to contest for the party's ticket, to enable him run for the vacant Okigwe Senate seat.

Information available to us, revealed that the Govenror of Imo State, Senator Hope Uzodinma, have reached out to Dr Ikedi Ohakim several times in recent time, trying to convince him to join him in APC, and contest for the Okigwe Senate seat.

The move, is believed to be a strategy, to stop some candidates that are unfavourable to Gov Hope Uzodinma.

Dr Ikedi Ohakim have not indicated any interest in the Okigwe Senate seat, but the fear that he might declare at the last minute, and spoil the plans of some politicians in the zone, is believed to have promoted the fraud story against him, as a way to keep him distracted, as well as turn the party away from him.

The allegation, which came so suddenly and at the time INEC released guidelines for the Senate race, have raised eyebrows in the zone as to how authentic the claims are.

Dr Ikedi Ohakim, have been a victim of very dangerous and poisonous blackmail and smear campaigns, even when he was Govenror of Imo State.

Dr Ikedi Ohakim was once accused of flogging a Catholic priest, an allegation that was publicly refuted by Rev Fr Ejike Mbaka, years after he left office.

There had been allegations of a hotel in South Africa, which till date, none of his accusers have been able to give the location or name of the said hotel.

He had been petitioned severally at the EFCC, by political rivals, in an effort to keep him distracted and weaken his political might, which would always prove an upset to his opponents.

Dr Ikedi Ohakim, had promised to get to the root of this matter, having sworn years ago, never to let any blackmail against his person go unanswered.

Dr Ikedi Ohakim has a very old relationship with Gov Hope Uzodinma, having ran as Uzodinma's deputy in 2003.

The relationship is believed to be strong, as it was Ohakim as Govenror, that helped Uzodinma get to the Senate in 2011.