By Charlysac (self media writer) | 18 days ago 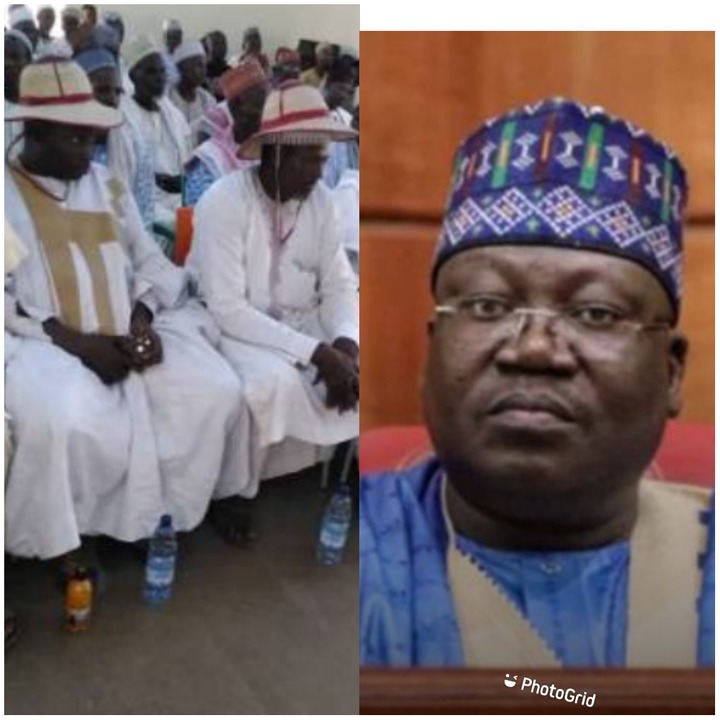 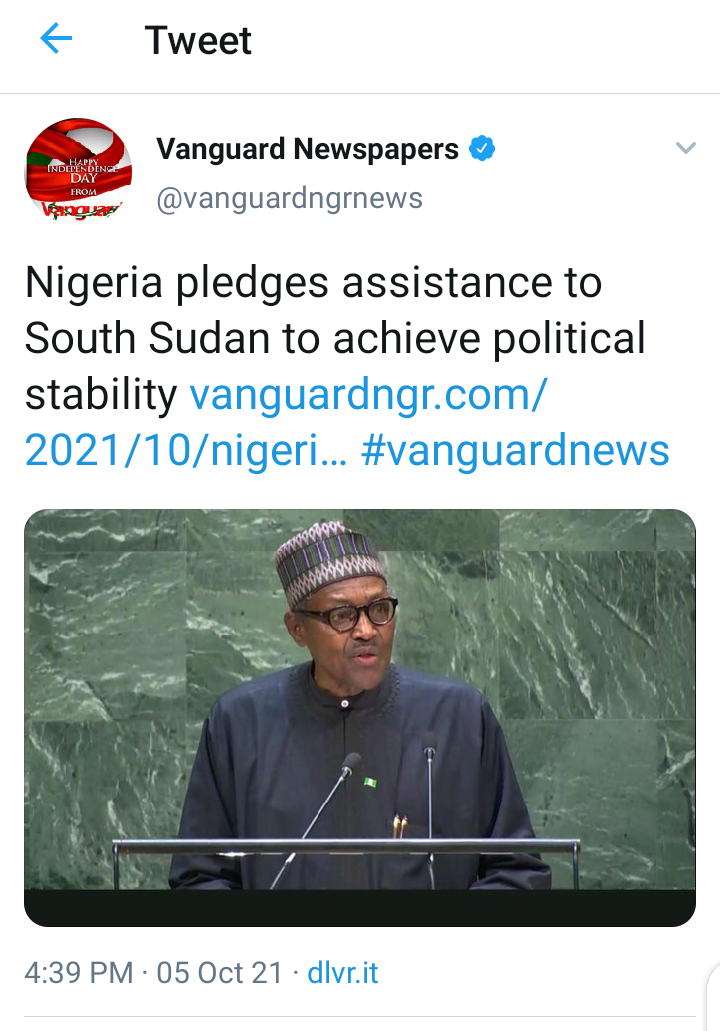 Mr Femi Adesina, the president’s spokesman said in a statement that President Buhari made the pledge at a bilateral meeting with President Salva Kiir of South Sudan on Tuesday in Addis Ababa.

The president assured the full support of Nigeria to all efforts to bring long-term stability and prosperity to the continent.

Herdsmen Have Left South-East, But Igbos Still Killing One Another, Burning Their Cities—Herders' Union, Miyetti Allah 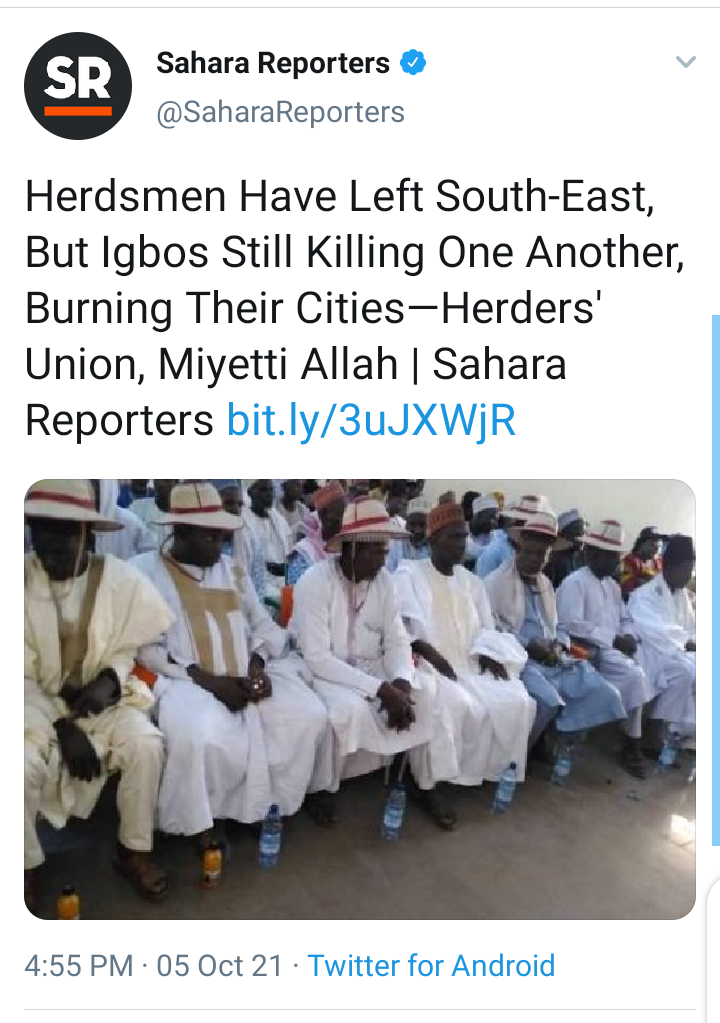 Fulani herdsmen under the aegis of the Miyetti Allah Kautal Hore have mocked the South-East region, saying their exit and the implementation of the anti-open grazing law in the area have not stopped the violence going on there.

Spokesman for the group, Saleh Alhassan said it only shows that Fulani herders were never the problem.

He noted that there was no more open grazing in most parts of the South-East.

According to him, what goes on in the region is largely cattle trading and the cows being sold mostly belong to Igbo traders, Punch reports.

Alhassan said, “That nonsense you see in the South-East is a manifestation of frustration… They will continue burning their cities, killing themselves. 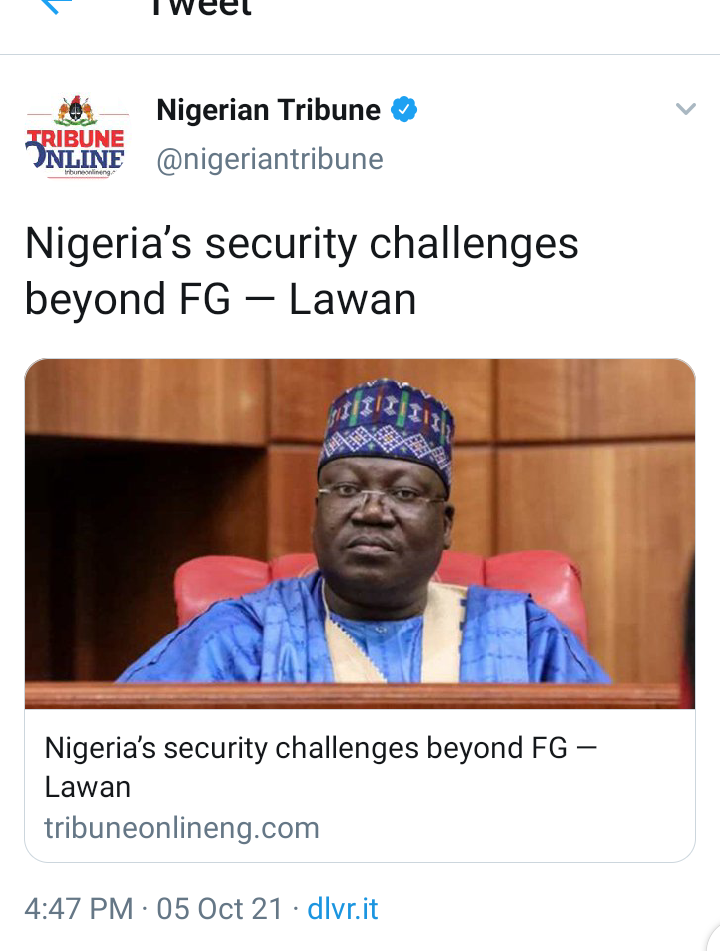 Senate President Ahmed Lawan has cried out that the prevailing security challenges facing the country should not be left for the Federal Government alone, noting that the festering crises require a holistic action plan by all component units of the federation.

He lamented that the sentiments of politics, ethnicity and religion have combined to hold the country spellbound under the vice-grip of insecurity and urged stakeholders to be in the vanguard of finding a permanent solution to the problem.

Lawan spoke in Uyo, the Akwa Ibom state capital on Tuesday, when governor Udom Emmanuel led him to Ikot Ekpene Local Government Area, where he commissioned a section of the Uyo-Ikot Ekpene dual carriageway left by the administration former governor Godswill Akpabio, at 20 percent completion. 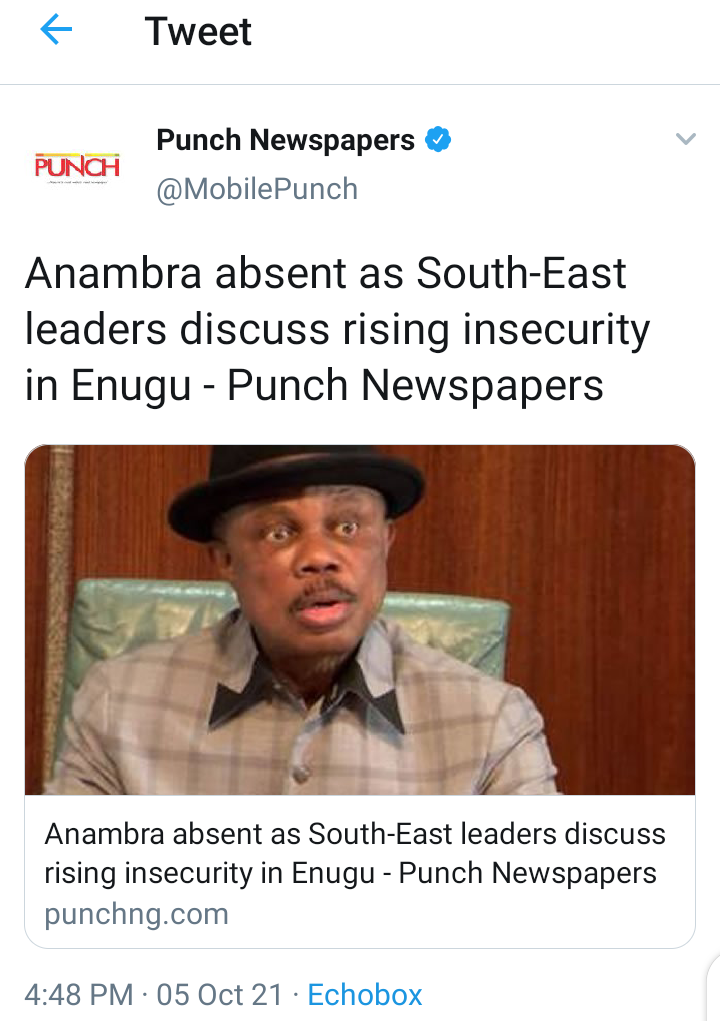 Anambra State is conspicuously absent at the meeting of the South East leaders holding in Enugu to proffer solutions to the rising insecurity and agitation for independence of Biafra on Tuesday.

The meeting, which commenced around 2:00pm, is being chaired by the chairman, South East Governors Forum and Governor of Ebonyi State, David Umahi, at the Government House, Enugu.

The meeting is expected to address myriads of issues that relate to social, economic and security situation of the region, especially, the every Monday sit-at-home order of the Indigenous People of Biafra to demand for immediate release of their leader, Nnamdi Kanu from detention.