The Former Imo State Governor, Rochas Okorocha yesterday reportedly broken silence over allegations by the state government that he was responsible for last Monday's attacks on the police headquarters and a prison, according to The Nation Nigeria. 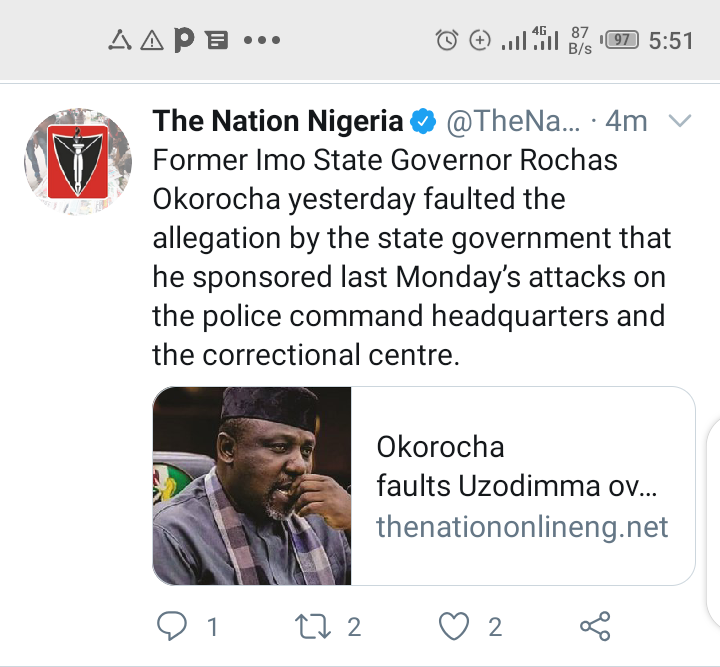 Imo State Information Commissioner Declan Emelumba has earlier claimed that the former governor had conspired with some thugs whom he had pardoned to stir up unrest in the state.

But, in a statement, his spokesman Sam Onwuemeodo, Okorocha, said the allegations were baseless.

"An incident took place in the early hours of Monday, April 5, 2021. At 3am on Monday, the governor said the attack was carried out by Indigenous Peoples of Biafra (IPOB).

"Forty-eight hours later, the governor said angry politicians from the state were behind the attacks and it was not IPOB.

"On that day, the information commissioner said the attack was carried out by Okorocha.

"First, he claimed that Okorocha had brought his amnesty victims to carry out the attacks.

"While trying to substantiate the allegations, Emelumba said Okorocha wanted to stop the government from making allegations on what they can't prove. 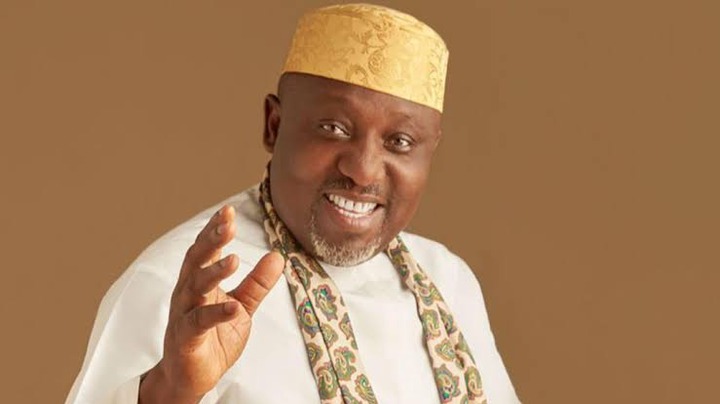 "These are not the kind of things we need to respond to. And this government has also talked about the investigation. Why investigate when you know the culprit?

“Those who have read the well-crafted White-Paper will know that those who report the resulting production have set a trap for the government. And she fell into a trap. ”

We Know Where the Kidnappers Are. We're Only Being Careful not to Hurt the Hostages - Lai Mohammed

Command Your Blessings Today, By Saying These Prayers.