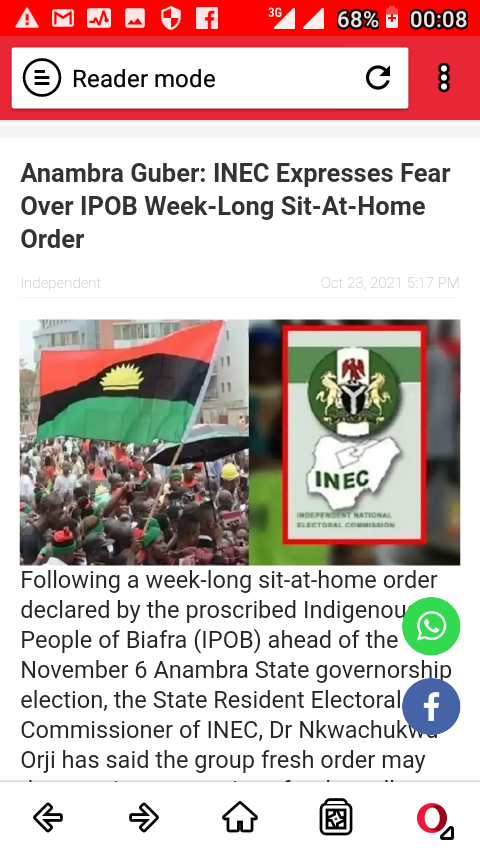 The South East is now almost under the control of the outlawed IPOB group. The group that was seen as a merely toothless bulldog is becoming a nightmare to the indigens, the state government and most especially the electoral umpire that is mandated by law to conduct an election in Nigeria.

Formerly, the outlawed group was taken for granted by the legitimate authorities, until the recent prolonged sit-at-home order that has lasted since the first week of August, 2021. The South East Governors have dismissed the threat of the sit-at-home until it becomes a monster that is not under control of any organized society. The outlawed group is not giving up easily after successfully crippling South East Monday activities. They have declared a one-week sit-at-home to disorganize the Anambra 6 November election. (The Independent news report)

The electoral umpire, which was saying that IPOB was never a threat to the Anambra election, has thought twice concerning the activities of the group, since it has become obvious that there's no one to tame them. Even the security agencies don't know what to do about this. You can not be everywhere at the same time. Worse still, criminals have highjacked the sit-at-home order by enforcing it with dangerous weapons, destroying people's properties, etc. 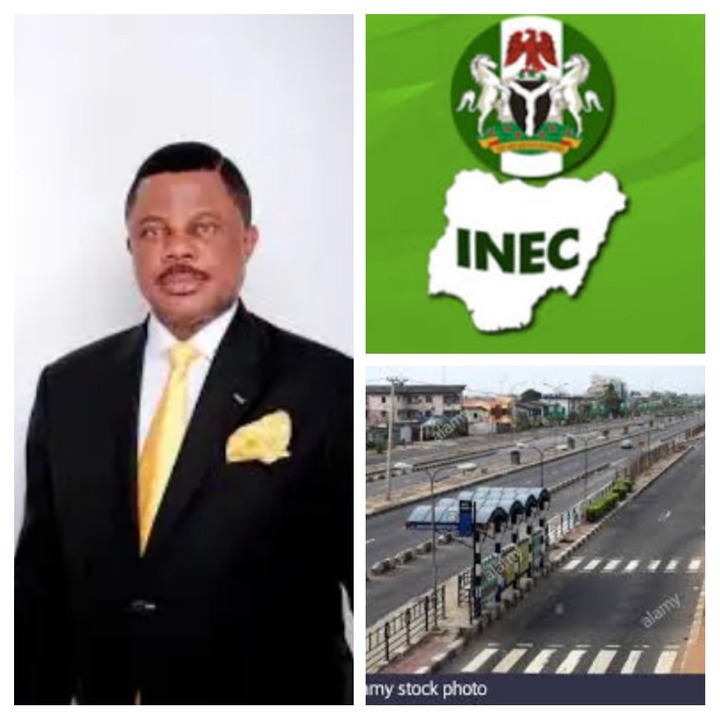 The plan to declare one week of no business activities was a grand plot to distabilize INEC ad-hoc activities, since they are going to be sending in electoral materials and workers, etc. They also want to make sure that nobody comes out on election day. Who are you going to declare the winner of the election if they succeed in stopping the voting process? Recently, unknown gunmen have attacked campaigns, killing some people in the area. This was the reason why the police authority was considering sending over 40,000 police men to monitor the situation. Nigerians have kicked against such police moves in the sense that they may also look like war zones and might infuse fear into the citizens of a possible battle between the police and unknown gunmen.

Now that the election is a few days away, the electoral empire should endeavor to be partrotic and fearless in the face of intimidation, but at the same time be alert to avoid any casualties against the INEC ad-hoc workers. The FG should devise a means to ensure that the election is not a failure. It's time the South East leaders should engage the separatist agitation groups in dialogue and promise them effective representation and ensuring them that their leader is going to be out of detention. To see whether there will be peace in the South East.

On the other hand, the parents of the youths should endeavor to advise their children properly to avoid taking laws into their own hands in the name of enforcing the sit-at-home order, because anyone caught in the act is going to face the law, because it is a criminal act against the state's democratic process.

What do you think about this? What is the needed information that can help the Anambra election become a success? Kindly send us your comments below the box. Share and like this work. Follow us for updates.