In the midst of the current kidnappings and banditry in some parts of northern Nigeria, the spokesman of the Igbo socio cultural group in the 19 northern states has maintained that the north still remains safe for Igbo people and their businesses.

Ohaneaze Indigbo is an Igbo socio cultural group that was established to protect the interest of people with Igbo decent and origin. With the recent spate of violence being experienced in some parts of northern Nigeria, there have been calls for the safety of the Igbo people doing business in the north to be looked into.

But the spokesman of Ohaneaze Indigbo in the 19 northern states, chief Augustine Amaechi, described northern Nigeria as one of the safest places for Igbo people to do business.

Chief Ameachi stated this in Abuja recently, while fielding questions from newsmen. He stated that northern Nigeria has accommodated the Igbos beyond measures, and there was no need to panic about the safety of the Igbos in the north.

Amaechi further stressed that the calls for Igbos to secede from Nigeria is as a result of the high unemployment rate in the region. He claimed that such agitation will be put to rest once government provides adequate jobs for the youths.

Chief Amaechi stated that, since Igbos are predominantly traders, they need the north and other regions to transact businesses with. He dismissed calls for secession by some groups, stating that we need each other to survive in this country. Amaechi stated that " you can't sell your produce in your village and expect to make huge gains as compared to selling in Alaba international market."

Also speaking to newsmen in Abuja, the president general of Ohanaeze Indigbo, chief George Obiozor, stated that the Igbo nation is not at war with anybody. "All we want is to be treated equally, transparency and due process should be followed." 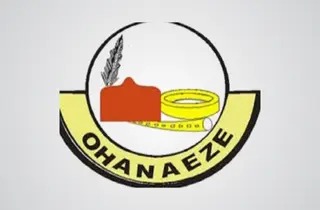