By DewunmiFendi (self media writer) | 19 days ago 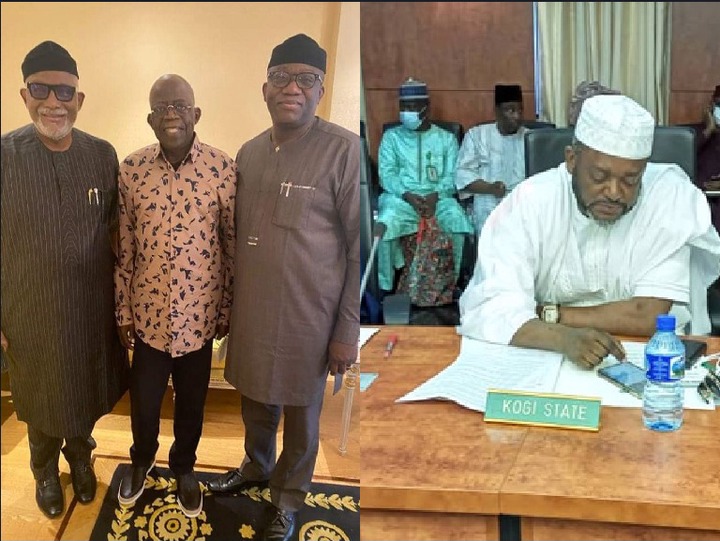 Tinubu had surgery, I visited him in London to show support- Fayemi 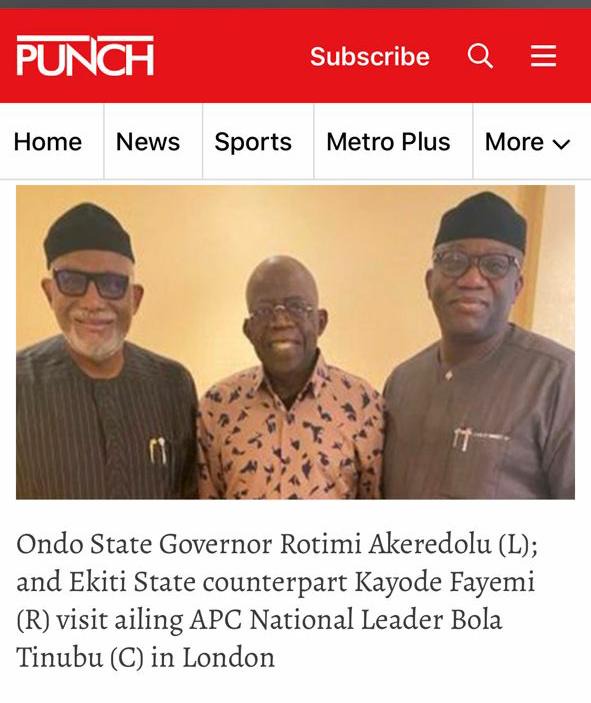 Ekiti State Governor and Chairman of the Nigeria Governors’ Forum, Kayode Fayemi, has said that he visited All Progressives Congress National Leader, Bola Tinubu, in London recently to show support for the ailing politician. According to the governor, Tinubu had surgery and he had visited the former Lagos State governor alongside his Ondo State counterpart, Rotimi Akeredolu, to show solidarity. Fayemi also said his visit to Tinubu was not connected to the 2023 general elections.

The northern governors forum will hold an emergency meeting to discuss issues relating to Value Added Tax. The planned meeting will be hosted by the Governor of Kaduna state and the meeting would be presided by the chairman of the forum, The Governor plateau state, Simon Lalong. 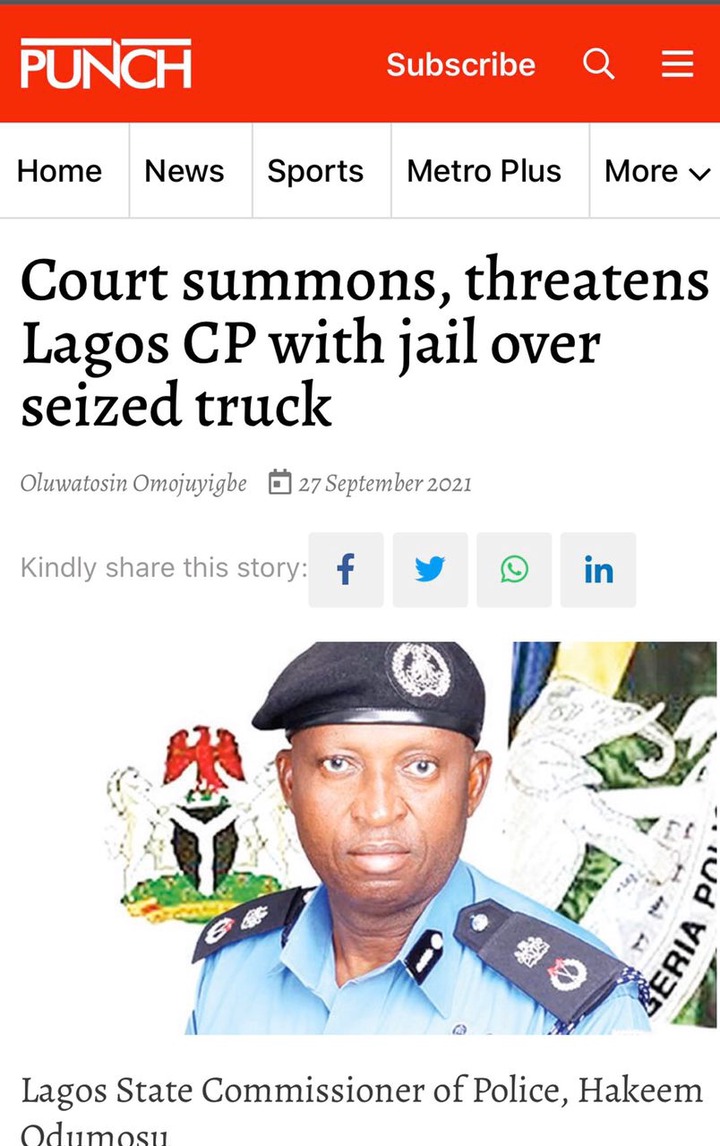 Justice Akintola Aluko of the Federal high court has ordered the Inspector General of Police, Usman Baba, over the unlawful seizure of a truck since December 2020 to obey an order seeking the release of the truck. Justice Aluko also ordered the Inspector General to produce the Lagos state commissioner of police, Hakeem Odumosu and other officers who were co-respondents in court for contempt proceedings over alleged violation of court order.

Security personnel including anti-riot and regular policemen, Department of State Services (DSS) personnel and Sergeant-at-Arms have been deployed to the complex manning various entrances and exits.

It was also observed that the doors leading to the foyer at the White House from the Senate and House of Representatives chambers have not only been shut but being guarded by security operatives. It is said to be as a result of the planned protest by legislative aides in the national assembly.

Content created and supplied by: DewunmiFendi (via Opera News )