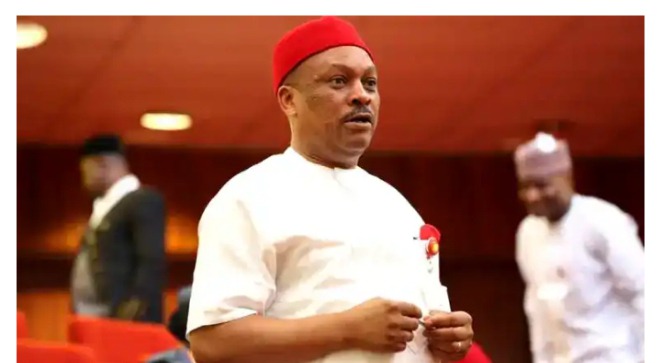 According to reports on Vanguard News, Senator Samuel Anyanwu representing Imo East in the National Assembly while speaking to Newsmen in Owerri lamented over the poor governance of the current administration led by Buhari. He said that the APC change mantra was deceit. Senator Samuel said he thought with the APC change mantra, they would have reduced the pains and suffering of Nigerians but it has widened the hardships faced by people.

The senator complained about the rising cost of goods in the market ranging from petroleum, gas, kerosene, foodstuffs, etc. People are suffering and there are no basic amenities provided by the government to the people. There is hunger and poverty in the land as poor people cannot afford basic things in life.

He said that APC lacks focus and direction but only likes to implement unreasonable policies affecting the well-being of the people. Senator Anyanwu said that the PDP administration was not like the APC administration where people are suffering. Insecurity has become the order of the day in APC led government as people cannot sleep with their two eyes closed. People are living in fear and the situation is becoming unbearable. During PDP's era, people can afford basic things of life to survive and the economy was not harsh. The prices of petroleum, gas, kerosene, and foodstuffs were normal. Basic amenities were made available for people, he said.