By @adewale (self media writer) | 3 years ago

Following the upcoming gubernatorial election later this year in Ondo State, one of the governorship aspirants of the All Progressives Congress in Ondo State, Mr Jimi Odimayo, on Sunday said there was no automatic ticket for Governor Rotimi Akeredolu. 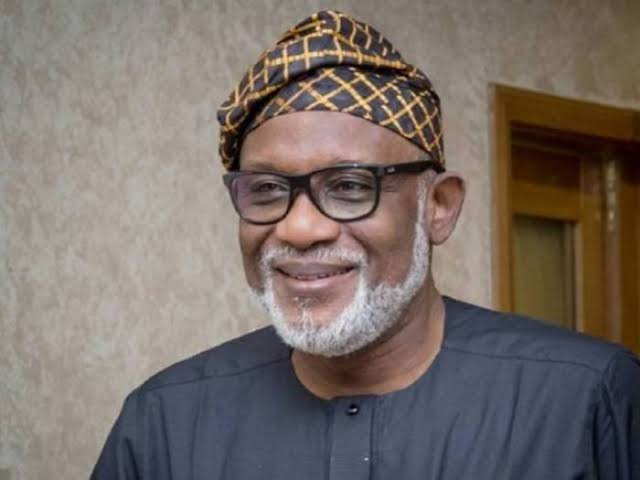 Odimayo alleged that the governor had lost popularity among the party members in the state.

He said it was due to Akeredolu’s alleged non-performance, hence, the governor could not get the party’s ticket in a free and fair primary.

The aspirant, who spoke through his media aide, Mr Yemi Akintomide, stated this while reacting to a statement credited to Akeredolu on the forthcoming governorship election in the state.

Akeredolu was quoted to have said in Abuja that the APC would lose the state to the opposition party if he was not picked as the party’s candidate for the election.

Odimayo said the governor was only making an empty threat to the national leadership of the party.

He said, “Akeredolu is a drowning man who urgently needs the service of a diver in the national leadership of the APC to rescue him to stay afloat.

“I can frankly tell you that it is already late for him because he is no longer popular, he has lost every connection with party structures in the state and no longer enjoy any patronage and affection of party leaders and members across the 18 local government areas of the state.

“Rather than going to Abuja to make loud noise to no avail to curry undeserved favour of the national leadership of the APC, he should come back to his state to canvass the support of party faithful he had abandoned for three years.”

However, the party chairman in the state, Mr Ade Adetimehin, said the governor had no opposition among the aspirants in the state.

He said, “To say that he is not popular in the party is mischievous. Many party members are for him and he will win the ticket of the party at the primary.”

Content created and supplied by: @adewale (via Opera News )