Now That IBB Has Named His Preferred Candidate for 2023 Presidency, what is Left for Okupe?

By Penason (self media writer) | 5 months ago

The former military Head of State, Gen. Ibrahim Badamasi Babangida(Rtd) finally named his preferred candidate for the 2023 presidential race. During his documentary program aired on African Independent Television(AIT) on Sunday to mark the event of his 80th birthday, the former military President said Senator Orji Uzor Kalu of Abia state could be given the chance to become Nigerian President in 2023 having have the passion and interest in running the country. Gen. IBB(Rtd) acknowledged the fact that democracy has come to stay in Nigeria. Therefore, there is a greater need for someone who has a lot of knowledge in business, in academics, and in other areas to lead Nigeria to success. Now that Gen. IBB has named his preferred presidential hopeful for 2023 presidency, how will Dr Doyin Okupe feel over his clear support for Orji Uzor Kalu, and what is the way forward for the former presidential aide? 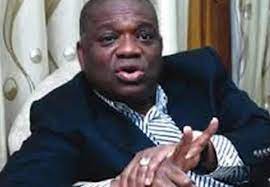 During his exclusive interview on ARISE TV on August 13, Dr Doyin Okupe, former presidential aide claimed that Gen. IBB(Rtd) was having him in his mind when the former Head of State said that someone who must be President of Nigeria in 2023 should be able to have some desired qualities that endears him to the people.He noted that out of the 774 Local Government Areas in Nigeria, there is no one he has not visited for at least five times. He claimed that he could pick up his phone and call not less than one person in each of the 774 local governments in Nigeria. He noted that although he has not spoken with IBB yet, however, there is no doubt that he is one of the 3 persons visualized by Gen. IBB as possible successors of President Buhari. He said he is the most fairly well prepared person to be President of Nigeria in 2023. Noting that he is still at his sixties. 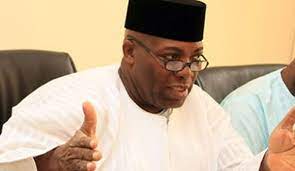 Speaking on the qualities that must be possessed by the next President of Nigeria after Buhari, Gen. IBB(Rtd) said he has seen about 3 persons in their sixties who have the requisite qualifications, qualities and capacities to rule Nigeria. Although he did not mention the name of the person during that interview with the ARISE TV on August 8, the former military President of Nigeria listed not less than 7 attributes of Buhari's successor. He said that the next President of Nigeria must be able to: (1) get a good leadership quality that links him with the people (2) talk with the people, and socialize properly. (3) travel across the country (4) have friends virtually everywhere he travels. (5) know at least one person that he can communicate with. (6) understand and be well versed with the economy (7) win the minds of Nigerians as a very good politician, who should be able to talk to Nigerians. Here, Dr Doyin Okupe said he has these qualities. And that he must be one of the 3 persons that Gen. IBB had in mind. 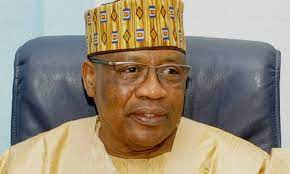 Meanwhile, having named Senator Orji Uzor Kalu as his most preferred candidate for 2023 presidency, it implies that the issue as regard who was in his mind has been settled. Senator Orji Uzor Kalu is currently at his early 60s and Dr Doyin Okupe is at his late 60s. By the year 2023, Orji Kalu will be approaching his mid sixties, whereas Dr Doyin Okupe will have been in his early seventies. Not withstanding though, Dr Doyin Okupe has nothing to be worried about simply because IBB did not name him as a potential successor of President Muhammadu Buhari. If his believes that Nigerians will trust him and vote for him in the 2023 presidential election, he can make himself available, air his manifesto and persuade Nigerians to give him the chance to lead the country. If he feels that he may not have the needed support to win the presidential race since he was not named by the profound elder statesman, Gen. IBB, then he could offer to play advisory role and make meaningful contributions to the government where necessary. His wealth of knowledge and experience cannot be undermined having been in the position of service for the country in the past. 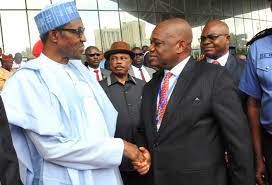