By www.kosofepost.com (self media writer) | 2 years ago 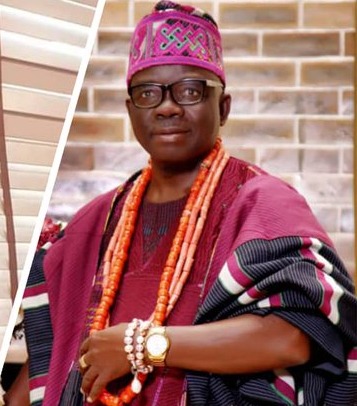 Without the past, there is no future. – Knut Synstad

According to Kosofe Post multiple sources well-informed of the back end political developments that produced Osinowo as the party candidate revealed that Asipa Kaoli was among the stakeholders who led delegation to Jagaban on the choice of Pepper as the consensus candidate.

However unknown to him that the kingmaker Ashiwaju actually wanted him as the next senator.

The unambitious Ashipa never sacrificed loyalty and commitment on the altar of politics. Without the past, there is no future according to Knut Synstad.

These briefly explained his past role in ensuring that the late kosofe man pepperito emerged as senator in APC according to an insider.

In what seems as payback time the late lawmaker osinowo political dynasty, associates, supporters, other stakeholders reportedly picked the Ikorodu born politician Asipa Kaoli Olusanya as another consensus candidate for the yet to be fixed Lagos East bye election.

SEE: Ikorodu is worthy of the vacant senatorial seat

Another different angle to the whole developing stories, it will be recalled that the late Shehu as “Osinowo” is lovely called coordinated the ward, Local governments, and zonal congresses that produced the current party executives while the Fuad Oki organised parallel congresses at Ikeja Airport Hotel

at the time that produced any candidate during the last general elections.

Consequently, if the party structures are still in place coupled with the reports of the Lagos east general Assembly held at CMD Magodo as reported it will be extremely difficult for anybody outside the purported disbanded groups, particularly the Mandate that’s not loyal to the course of Ashiwaju to get the party ticket irrespective of the fresh primary.

The Lagos East Senatorial Governor’s Advisory Council are expected to debate the leading aspirants such as Gbenga Ashafa, Ashipa Kaoli Olusanya, Dayo Bush, Lanre Rasak, Akinwunmi Ambode, Adeyemi Kuforiji among Others and shortlist about 5 of them for APC National leader;

Ashiwaju Bola Tinubu to pick the best man for the party and the Lagos East.

Asipa Kaoli Olusanya, may likely get the ticket if no other aspirants emerges from the immediate late Osinowo political dynasty based on the fact they still control the party structure and Asiwaju Bola Ahmed Tinubu favorable disposition to Asipa are the dynamics keen watchers of the state’s politics envisaged.