[Opinion] On Malami blaming Kanu for the EndSars protest hijack 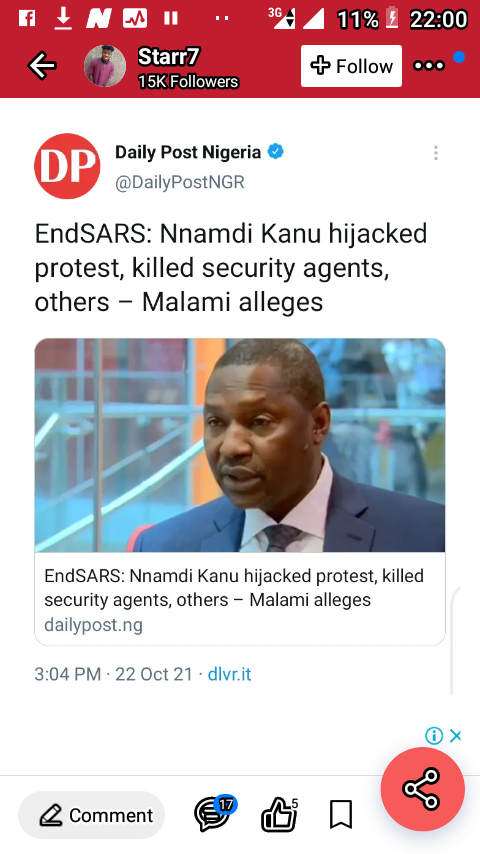 Not everybody believes that some of these statements should be coming from the Nigerian attorney general and the Minister of Justice Malami. Mr. Malami has in the past called for the declaration of a state of emergency in South East Nigeria after one Wednesday national executive council meeting in Abuja, suggesting that it was a decision by the FG.

After the statement, many Nigerians lambasted the attorney general for his unguarded statements. Observers questioned why Malami has not declared a state of emergency in the north, where Boko Haram, bandits, and ISWAP are squabbling over territory. While many called on him to apologise for his unholy act, when the matter was hitting the polity, President Buhari, as a father who wants the peace of the South East, disassociated himself himself from Malami's theory of a state of emergency.

Recently, the Daily Post online news reported another controversial statement from the Minister of Justice. Malami was reported to have declared that the leader of the proscribed IPOB group, Nnamdi Kanu, highjacked the Endsars protest, and incited the youths against the security agencies, which led to the killing and destruction of properties of the Nigerian police etc. His ascertained theory could not be defended by any fact, since the protest he was talking about was never initiated by the outlawed IPOB members. 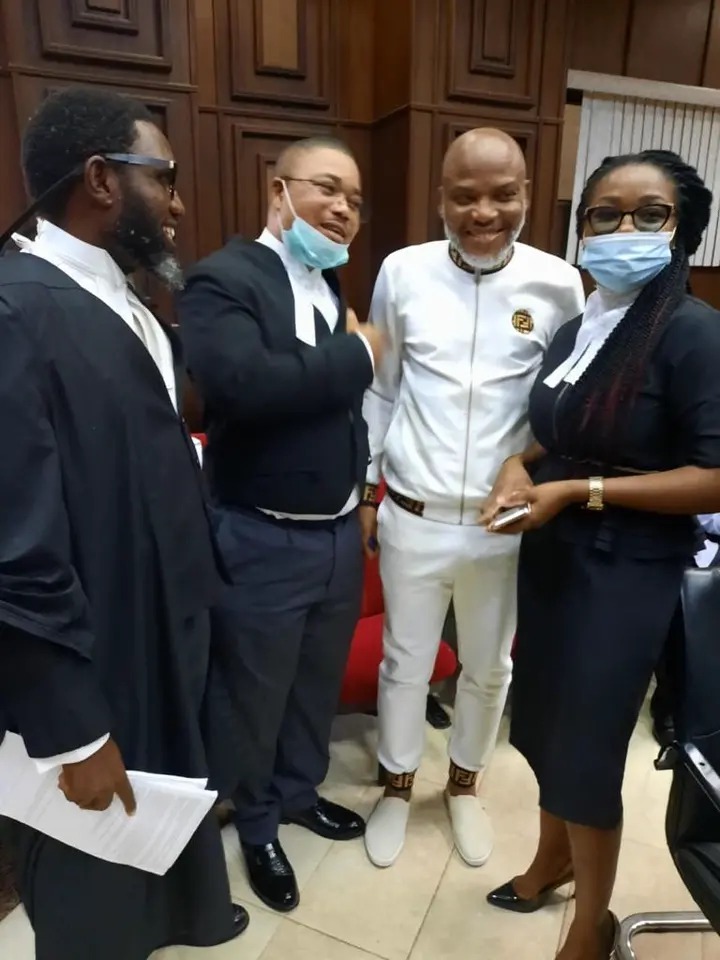 It was obvious that the reason for the protest was well explained, and not the issue bordering on Seccession activities. Most of those who carried out the protests against the Nigerian police are victims of the rugged actions of the police unit. Some of them are relatives of the victims, while some are those who don't want to see injustice prevail against the rule of law in Nigeria.

It's obvious that most of the people who championed the protest were human rights activists who slept out of their houses in the Lagos Endsars protest field. Such people would not be manipulated by Kanu's speech. Some of them are not Kanu fans. Furthermore, no competent court of law has established Malami's stature. 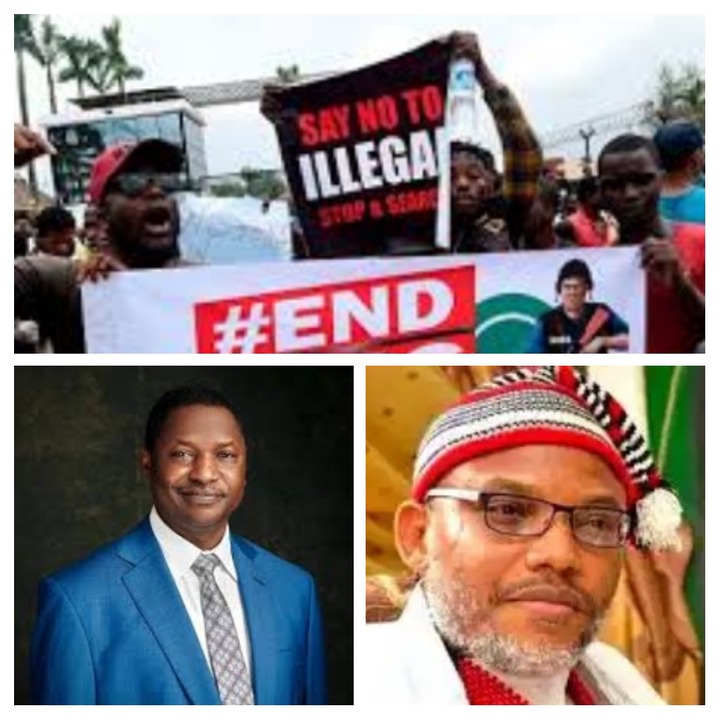 Nigerians are looking with keen interest at the statements that have been coming from the image of law in Nigeria. Observers are thinking that Malami should prove that he is not in any way antagonizing the Igbo community by stopping making unguarded, unverified, and inciting comments that are capable of igniting unrest in parts of the South East and Nigeria at large. The attorney general should use his respected office to preach peace instead of disunity.

What do you think about the statement from the attorney general? Do you think that what he said is expected from the office he is representing? Kindly send us your comments below the box, share and like this work. Follow us for updates.