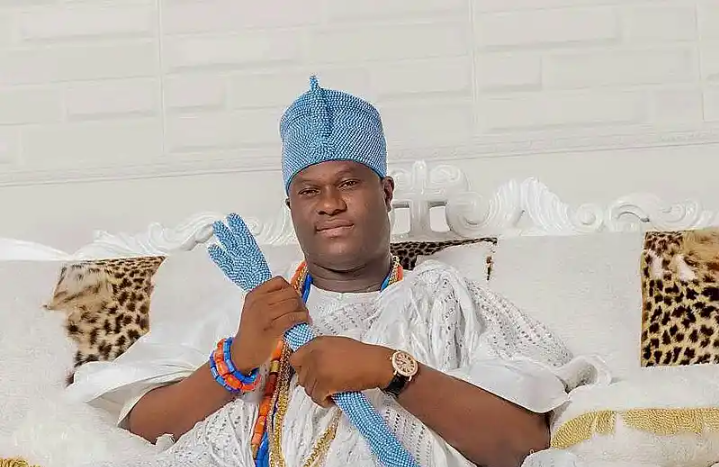 Oba Ogunwusi revealed to BBC news correspondents that the Yoruba activist rejected the advice offered him by team of monarchs sent to visit him.

The paramount ruler of Ife kingdom said that he met with President Muhammadu Buhari to discuss Igboho.

According to the monarch, he informed the President of the reasons for Igboho's agitation.

While reacting to this, Buhari said Igboho needs to be 'calm and patient.'

President Buhari noted that traditional rulers in the South-West ought to advise Igboho against making lawless moves.

Oba Ogunwusi, admitted that the activist has a just cause to agitate, regretted that he was not diplomatic enough in his approach.

While maintaining that Igboho deserved the support of monarchs in the region, Oba Ogunwusi noted that he was misled by politicians. 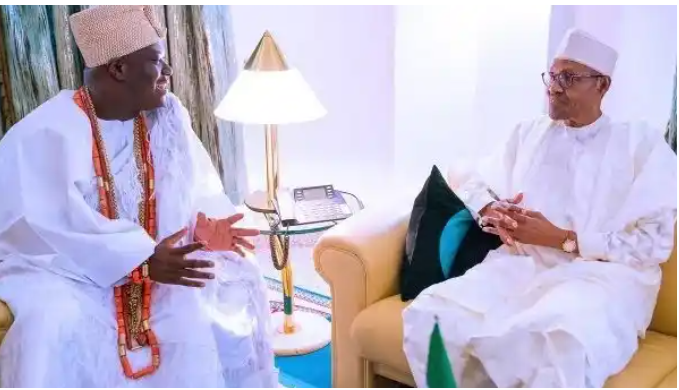 He stressed that he had forgiven Igboho long time ago, stating that plans are ongoing to ensure his release from detention in Benin Republic.

The monarch enjoined other Yoruba Nation agitators to embrace dialogue.

''I have always been calling on the government to engage agitators in dialogue. Sunday Igboho was raised in Ife. Everything he has achieved today started from Ife. He was one of the people that fought the Ife and Modakeke war. So, he is an illustrious son of the soil.

''He fought for his people. He pleaded the course of those killed at Oke Ogun. He has tried his best but he was ill advised. He listened to people who advised him wrongly.

''I visit President Muhammadu Buhari over his matter. I made him know that Igboho is our son and he told me that he should be calm and be patient. Buhari said monarchs in the South-East should caution him to be calm and patient. 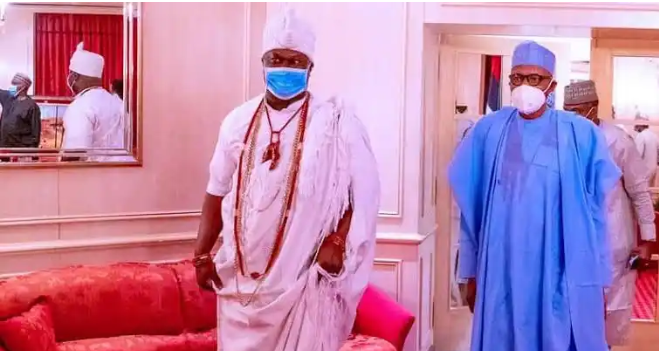 ''After my meeting with the President, I called for a meeting with Yoruba monarchs and elders to advise Igboho to be patient but he rejected their advice. He went on insulting everyone, not leaving out the monarchs I sent to him.

''He insulted everyone but he remains our son. Forgiveness belongs to God. We have forgiven him already. If only he had heeded advice, he could not have found himself in this mess,'' Oba Ogunwusi explained.