Why isn't Lyndon B. Johnson regarded as a great president even though he did more on civil rights, immigration, inclusion, economic equality, voting rights etc. than any other president since, probably, Abraham Lincoln?

He gets a little overshadowed by his chronological presidential neighborhood to start with. JFK was a beloved president and a real celebrity president, he was also on the wrong end of the most famous assassination in history. After Johnson came Nixon, a man who runs Trump close for the most hated president and even took it upon himself to try and cheat in an election. 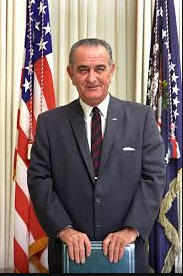 So, in comparison to what came before and after, LBJ just looks a little boring.

The second factor which cannot be ignored is Vietnam. It was LBJ (and McNamara) who consistently made mistakes when analyzing the situation in Vietnam. This may be easy to say with hindsight, but the problems in Vietnam were clearly never problems that could be mainly resolved militarily, in fact, the consistent decision to add more soldiers made the problem even harder to solve. People sometimes give the government of the time a free pass with this because they think this was the first time a war like this had ever happened. Totally incorrect, had LBJ sought the advice of the waning European powers, who had been involved (rightly or wrongly) in this kind of thing for hundreds of years before, he would have realized he was trying to clean a window with a hammer.

As for his record at home, I would say it was quite good, he made huge strides in racial equality that no president until maybe Obama made. So why is he not more renowned for this? I would argue because the things he changed took time to come into effect, and people remember the time he was in office more for all the chaos, the protests, the students, the lynchings, the draft, Muhammad Ali being literally arrested, there’s a lot of factors. He was a good, skilled politician who made meaningful change, this is often overlooked when remembering presidents as the flashier, or the down right awful get more attention. He is a certainly not helped by the mistakes made in Vietnam though.