Why Taiwan did not declare independence when China was weak 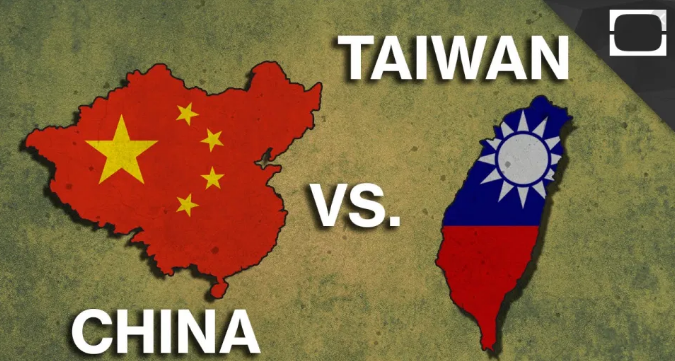 (1) After WWII, in 1945, Taiwan was returned back to China after 50 years of Japanese imperial colonial rule. The KMT party of China took over.

(2) After 1945, the civil war between the China CCP and China KMT still went on. Both claimed as the legitimate ruling government of the whole China, including Taiwan.

(3) About 1949 end to early 1950, KMT Government lost the war in Mainland China, and retreat to the big Island of Taiwan.

(4) The KMT Government still claim itself as the legitimate ruling government of the whole China, including Taiwan. During KMT rule of Taiwan, they still wanted to fight back and re-conquer mainland China again. Such legitimacy is still written in the Constitution of Government of Taiwan, a.k.a. Republic of China (ROC) as of today.

(5) In 1950, when the CCP planned send PLA to liberate/conquer Taiwan across the Taiwan strait. Then the Korean War broke out. And the US mobilized the Seventh Fleet in the Taiwan Strait to stop the PLA crossing.

(6) China was deemed “weak” but she defeated USA in the Korean War and now the Korea peninsula is in a war truce state, with North Korea and South Korea separated by the 38 line. China need to focus the military force in the Korean War so no extra energy to conquer Taiwan. Later the Vietnam War broke out and China and USSR both help the Vietcong to defeat USA. China was never “Weak” militarily.

(7) The China/Taiwan relationship is similar to the North-Korea / South-Korea and the East-Germany / West-Germany relationship. Most people in Mainland China, and quite a portion of people in Taiwan still wish for the re-unification of China and Taiwan.

(8) The fact is that after the brainwashing by Japanese imperial colonial rule for 50 years, and after some brutal acts of KMT government on people in Taiwan, some new generations of people in Taiwan thinks that they are more related to Japan than to China, despite that they still speak the Chinese language of Mandarin (99% same as Putonghua) and local dialects of Hokkien and Hakka, and use traditional Chinese as their daily and official written language.

(10) Also, it's because they were too greedy to give up 99% of their land earlier. So now they are stuck to their claim. Yes, that “Republic of China” on this map is their official name, written in their constitution, even till this day! Taiwan is just a tiny part of their claimed territory.