Sadly the biggest lie ever sold and bought in the Southern part of Nigeria. 19th July 2020

By SKYLIN (self media writer) | 1 year ago 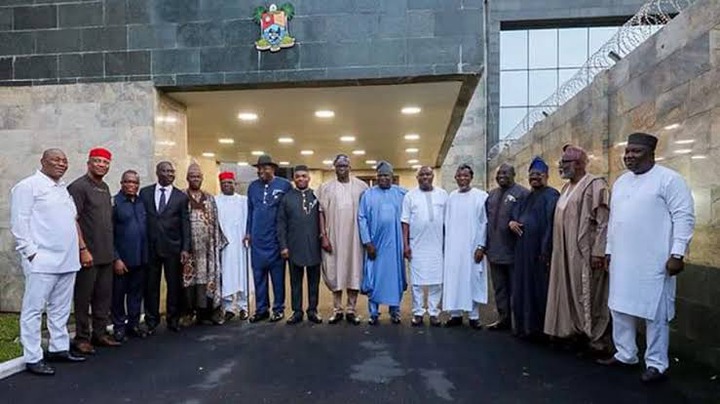 The biggest lie ever sold and bought in the Southern part of Nigeria is that the North is the cause of the under-development of the South. Sadly, for decades, has been swallowed hook line and sinker by less discerning youths down South are too naive to understand that their thieving political class remains the real authors of their misfortune, the same misfortune which is being nurtured and nurished by their deliberate ignorance

wait first, have you been following the revelation coming from the on-going public hearing on the Interim Management Committee (IMC) of the Niger Delta Development Commission over 80 BILLION NAIRA meant to develop the Niger Delta mostly spent on themselves in less than a year, almost everyone at the leadership of the NDDC comes from the Niger Delta. And for over 16 years, the MDs of the Commission have always come from the region. Even the current minister is from the Niger Delta. Meanwhile, as these Niger Delta indigens were spending the money meant to develop THEIR REGION amongst themselves 3.14 BILLION was spend among themselves as COVID-19 palliatives within staff getting 10 million as COVID-19 welfare package, as attested to by the NDDC students from the same Niger Delta who were on NDDC scholarship abroad were being ejected from their schools over non payment of their school fees.

And remember, we are not talking of the BILLIONS of dollars budgeted for the Commission under Obasanjo and Jonathan. This 81 BILLION is just the money cornered to pockets between October last year and now. The core oil producing villages and communities in the Niger Delta today and you will cry unutterable poverty and lack of development in the region. The same region that is feeding virtually the whole country.

Coming to the Southeast, during the last two govts of Olusegun Obasanjo and Dr. Goodluck Jonathan, notable Igbo sons and daughters occupied strategic position in the federal govt. We had the post of the CBN governor, the secretary to the federal govt, the very powerful Coordinating minister of the economy, the chairman of both Chambers of the National Assembly Committee on works, the deputy Senate President and the speaker of the House of Representatives, the Aviation minister amongst others. Yet, all through the 8 years of Obasanjo and 5 years of Jonathan, none of those Igbo sons and daughters remembered that their people have always yearned for sea Port, Rail lines, International Airport, second Niger Bridge, dredging of the river Niger and renovation of federal roads in their region, provision of which would see Igbo land witness unprecedented development and get a reprieve from the long years of DELIBERATE economic strangulation imposed on her by the Nigerian state as a hangover of the Biafran war. Today, those PDP thieving political elites who didn't remember Ala-Igbo when they had the time are almost all Igbo Whatsapp fora brainwashing less discerning youths that the North is the cause of our under-development.

Is it not a thing of shame, ridicule, even, that Buhari - a man who is of a distant relation with fairness and justice - is now the one building the second Niger bridge and transforming the Enugu airport into a truly International

We should tell ourselves the bitter truth instead of comforting ourselves with lies.

Southern youths must stop being fooled by their dishonest thieving political elites. We must do away with the culture of defending Southern thieves who steal not from the National purse but from the little allocation mapped out for the development of the South.

Whether you are agitating for Resource Control, separate independent Nation or Restructuring, you must learn to start holding your own political elites accountable, even if Nigeria were to divide today or get restructured such that each region can now run her affairs with reasonable level of autonomy, It is still those politicians who are our own people that will run things and if we don't cultivate the culture of holding them to account now.

Please Kindly Follow Me On Opera News For More Information and Top Breaking News around Nigeria.. THANKS!!!