Why is the Chinese government called a government that doesn't care about human life?

What I see about the decisions the Chinese government make, is not whether it benefits human life, but whether it will keep them in power. The older generation of Chinese, especially those risen from poverty from countryside, are quite patriotic and, I may say, nationalist. Many view Taiwan, Hong Kong, Tibet, etc., as undebatable and inseparable areas of China (I won't go into whether that is right or wrong here). This makes it easy to point finger at “separatists”, making government actions against them supported by some and indifferent to some others.

The above belief is multiplied by the lack of oppositing ideas, because those vocal about it are locked up, government has been actively sensoring stuff, and spreading information just wasn't that easy back then. Many are old enough to remember the Korean and Vietnam wars, which gave some Chinese a bad impression of the west. Many just rose from poverty and are thankful for the government. My point is, those above 30 in China are usually (not always) love their nation and agree with the Chinese government on these issues. For the younger generation, things are more complicated. The boom of internet allows the younger generation to know more about the world and sometimes, how they dislike the Chinese government. In fact, the news usually does not report the dissent from other government's such as the US. The young are usually affected by their parents' ideologies, and the censored internet has been doing its job. Besides that, most of the information we receive about the government is nice endorsement from the news. From a personal note, this “nationalist” idea has been so deeply rooted in me such that when I look at a controversial geopolitical issue, it is difficult to not root for the Chinese government by instinct, because we want China to be strong, without necessarily realizing what that may lead (I'm not saying it's going to be bad, but that it is a topic that deserves more thought than a mere instinct).

Then, I would consider tradition. The older generations are quite conservative, and would like to show strength and keep the country unified. The Chinese culture focused on collaboration instead of individualism, and therefore it is more socially acceptable to sacrifice people for the common good (again, this topic is not to be debated here), especially if they're perceived to be bad. For this, I would not be surprised that the government can round up Uyghurs or expell the Dalai Lama. They're perceived as evil by the general population, although they're more about having different concerns as the government does. The Chinese expect the government to take control of the COVID-19 situation, or any other public health issues, for that matter. The Chinese has a basic healthcare system that pretty much covers everyone. The government would be stupid to not utilize this opportunity to show that it cares about its people.

I've also observed how people think about the Chinese government after they come to the US, whether permanent or temporary. That's a long and interesting story that deserves its The politics of China is complicated. Everything should go the way the government says, and that aligns quite well with China's traditions of having a strong central power (whether that's good is discussed somewhere else). I do not expect the behavior of the Chinese government to change anytime soon, and they're always benefiting enough people to be able to mistreat the rest. 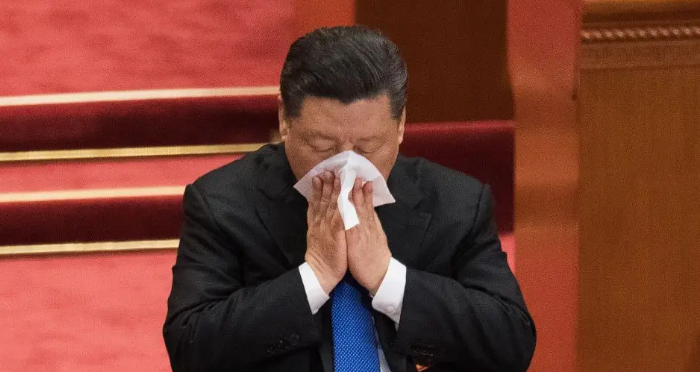 For Couples: 6 Things That Destroy Many Relationships Today