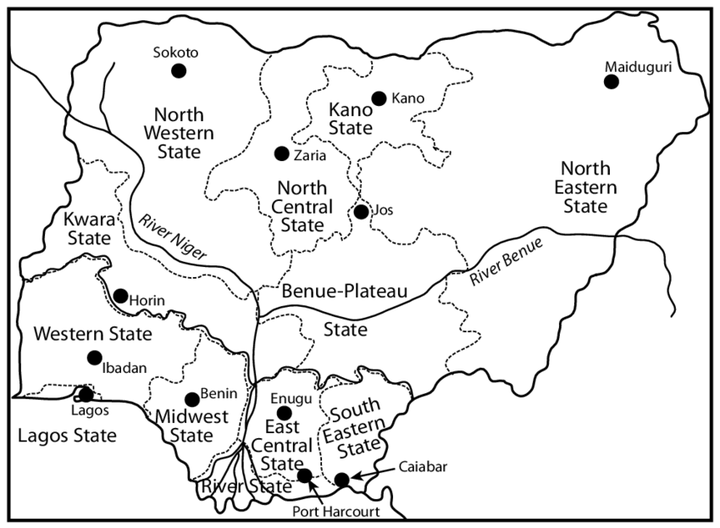 Remarkably, the former national chairman of the Independent National Electoral Commission (INEC), Professor Attahiru Jega was among some prominent citizens of the Federal Republic of Nigeriua who came together to establish a new political group, Rescue Nigeria Project (RNP).

According to some of the founders of the new political group, Rescue Nigeria Project (RNP) was formed to serve as third force that will influence all political parties to work, in the course of ensuring deliverance of dividends of democracy to the citizens.

Interestingly, every concerned citizen of the Federal Republic of Nigeria will be surprised about which states will be scrapped and which may remain, if the Professor Attahiru Jega's Rescue Nigeria Project (RNP) is successful in the courses of actualising the goals of the political third force.

However, Professor Attahiru Jega's Rescue Nigeria Project (RNP) may want to ensure that the Federal Republic of Nigeria is structured along the structure of states that was used in 1967, under the military administration of General Yakubu Gowon.

Surely, there will be some slight changes in the nomenclature and the geographical definitions of the structure used by General Yakubu Gowon in 1967.

Considerably, if the Professor Jega's Rescue Nigeria Project (RNP) is allowed to influence the emergence of the next president of the Federal Republic of Nigeria, the whole Northwest geopolitical zone may be reduced to three States. The three states may likely be Kano State, Kaduna State and Sokoto State while other states in the geopolitical zone will be merged into these three states.

Also, the Southwest geopolitical zone may have her six states reduced into Lagos State and Oyo state. However, there may be, definite, relocation of the state capitals of these states.

Lagos State may have her capital in Ibadan or Ikeja, however, Oyo State may definitely have both its name and capital changed.

The entire North-Central geopolitical zone may be reduced into two states. These two states could be Kwara State and Plateau State. However, there maybe redefinition of Plateau State capital.

Wonderfully, Southeast geopolitical zone may have her states been reduced from five to one. The only Southeastern state that will stand may probably be Enugu State.

Also, the entire Northeast geopolitical zone may have her states been reduced to only one state which may, likely, be Borno State.