Justice Emeka Nwite of a Federal High Court in Abuja on Wednesday adjourned till August 30 to deliver ruling on the bail applications filed by the suspended Deputy Commissioner of Police, Abba Kyari, and his co-defendants. 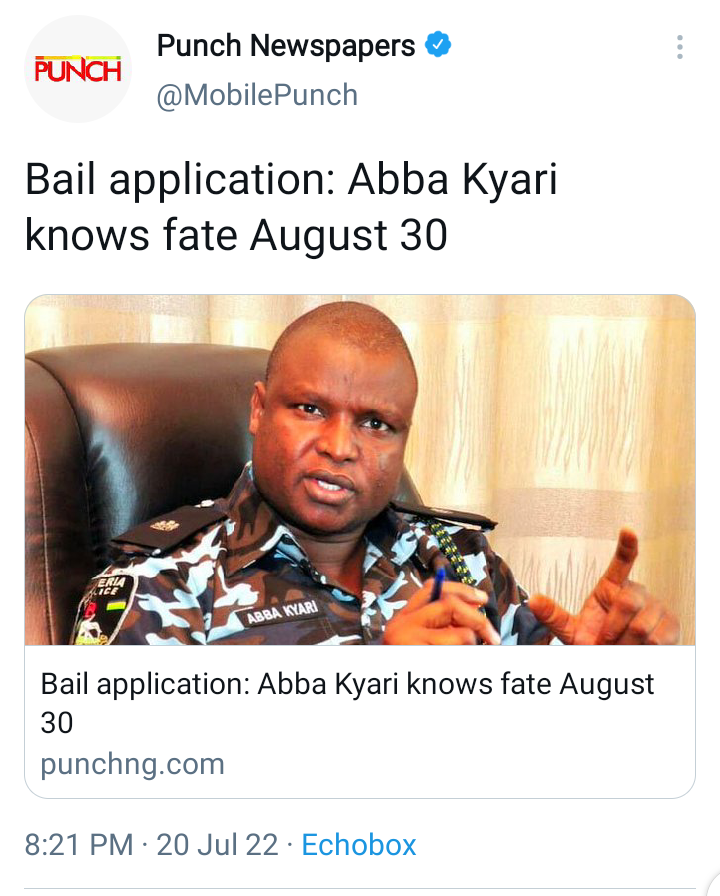 The accused persons were being prosecuted by the Federal Government over alleged illicit drug deals.

The judge fixed the date after parties in the matter made submissions for and against the bail of the former Head of the Intelligence Response Team of the Nigeria Police Force and four others arraigned with him.

President Muhammadu Buhari has predicted that the presidential candidates of the All Progressives Congress, Asiwaju Bola Tinubu and his running mate, Kashim Shettima, will win the 2023 presidential election. 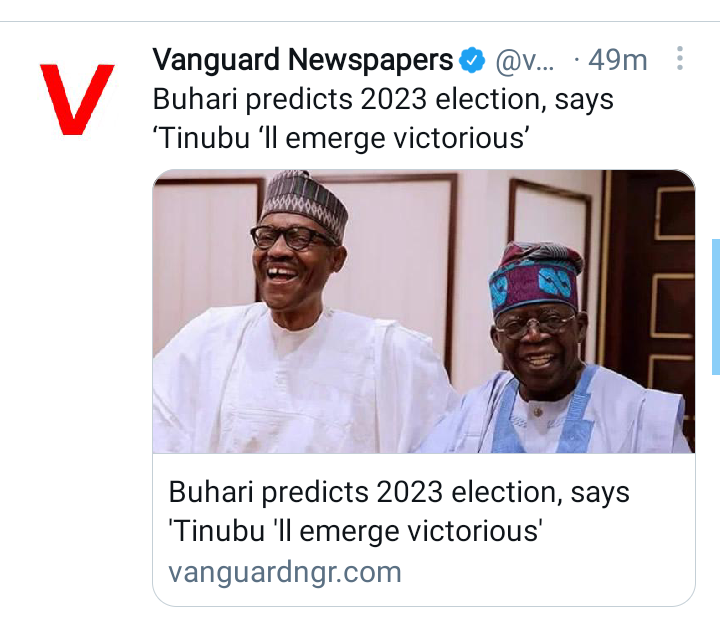 Malam Garba Shehu, the president’s spokesman, said Buhari made the prediction when he received Sen. Kashim Shettima, the running mate and vice-presidential candidate of the All Progressives Congress at the State House, Abuja, on Wednesday.

Shehu said the president struck a chord of humour while responding to a flowery speech by Shettima, saying, “I will respond to your speech when I am handing over to you and your boss. God willing, you are going to win.” 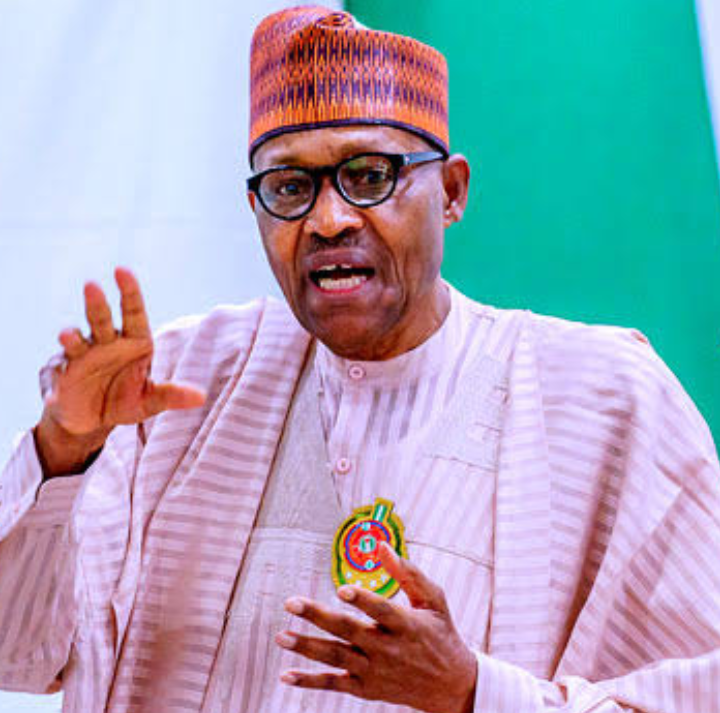 President Muhammadu Buhari has condemned the murder of a Catholic priest, Reverend Father John Cheitnum of the Kafanchan Catholic Diocese, four days after he was seized by gunmen in Kaduna State. 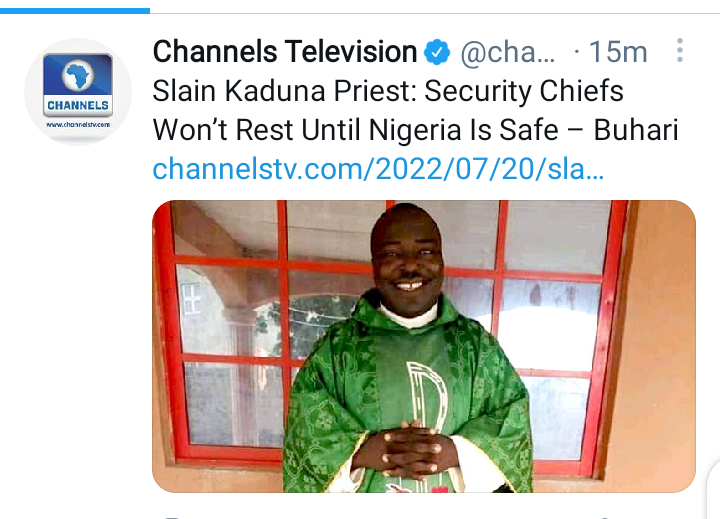 “I am deeply disturbed by the murder of this revered religious figure by outlaws who seem to be bent on creating chaos and disorder in the country,” he said in a statement on Wednesday by his spokesman Garba Shehu in Abuja.

Governors of the All Progressives Congress (APC) mounted pressure on the Borno State Governor, Babagana Zulum, asking him to seek to be the vice presidential candidate of the party. 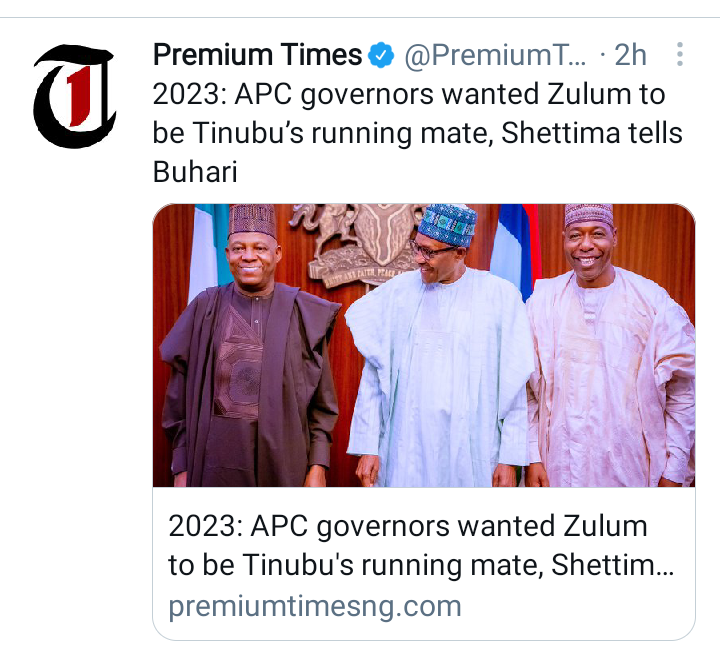 This was disclosed Wednesday by the APC vice presidential candidate, Kashim Shettima, during a meeting with President Muhammadu Buhari.

Mr Shettima told the president to appreciate Mr Zulum for spurning “recurring mention” of him and pressure from his governor colleagues to bid for the vice presidential ticket.