Opinion: The jailing of Zuma; Can it happen in other African countries?

By Odebiuwa (self media writer) | 6 months ago 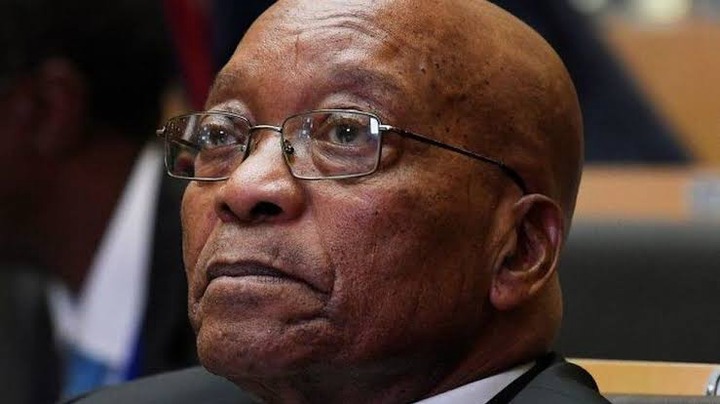 It is no longer news that the former South African president Jacob Zuma is cooling off in prison following his conviction for contempt of court charges in a South African constitutional court. He was sentenced for 15 months.

The Acting Chief Justice, Sisi Khampepe berated Mr Zuma for disrespecting the court by refusing to appear before it, to answer charges of corruption, in a saga that has come to be known as, "State Capture". She spelled out the many ways by which Mr Zuma had lied and tried to mislead the public and ultimately tried to destroy the 'rule of law'.

Before then, it is rare in Africa, for a politician as highly placed as a former President to be so easily convicted in a court of law. Manipulation and abuse of legal processes by politicians is known to be rampant in Africa. This makes this conviction of an immediate past president of South Africa a surprise to many people.

The questions on the lips of many individuals is, can this happen in other countries of Africa especially Nigeria. Let us not bother to include Europe and America in the debate because we all know that many countries in the civilized world has proven at various times that nobody is above the law in their countries.

Focussing on the possibility of such rulings in other parts of Africa, many people are of the opinion that it is very rare for a politician of that caliber to be sentenced like that, not only in many African countries but in majority of third world countries of the world. Analysts are of the opinion that the possibility of a judge pronouncing such a ruling in Nigeria is rare. A school of thought believes that any Judge that makes such a ruling is certain to leave the 'bench' in disgrace. However, chances are that if such a ruling is made in our country, there is every likelihood that it will be highly politicized. Scenarios like demonstrations by interest groups, ie market women closing down shops and dressed uniformly, marching with placards, and other groups may be observed.

This is because of the endemic corruption that is the case in many African countries. Pathetically, corruption has weakened the systems and institutions in Africa.

The judiciary in many African countries are so easily manipulated and controlled by corrupt politicians. As a result their independence is in words or on paper only.

South Africa has shown that it has a matured and independent judiciary, that operates without fear or favour. As a state it has shown that it adheres to the principles of the 'rule of law'. It is certainly a more matured democracy.

Unfortunately, many of us believe that any judge that dares give such rulings against a sitting or former president automatically jeopardizes his or her Career.

Other countries of Africa should emulate the South African example.

Our Judiciary can only be strengthened when justice is served without fear or favour and when the system has no place for "sacred cows" Nobody should be above the law.

South Africa is a template which the rest of Africa should copy.

Content created and supplied by: Odebiuwa (via Opera News )