By ReignJerry (self meida writer) | 1 months

The Governor of Imo States Hope Uzodinma and The former Governor of the State, Rochas Okorocha have been on loggerhead for a while now which even led to the arrest of Okorocha after he broke into his wife's shop that was sealed by the Government.

With the current crisis rocking Imo State, a lot of Nigerians have aired their views on the possible cause of the frequent attacks by gunmen in Imo State and the Executive Governor, Uzodinma has spoken on Okorocha's alleged involvement in the attacks in Imo State, particularly in Owerri where Police Headquarter and Correctional Center were razed down by fire and over 1,844 inmates freed.

In a recent post by Sahara Reporters, the Imo State Commissioner of Information, Declan Emelumba has released a statement wherein the government claimed that the Former Governor of the State, Rochas Okorocha engaged the thugs he granted amnesty during his tenure to unleash violence in Imo State. The Imo State government said Okorocha's aim was to engage thugs who disguised as gunmen to attack Imo State so that the Federal Government will declare a state of emergency in the state. 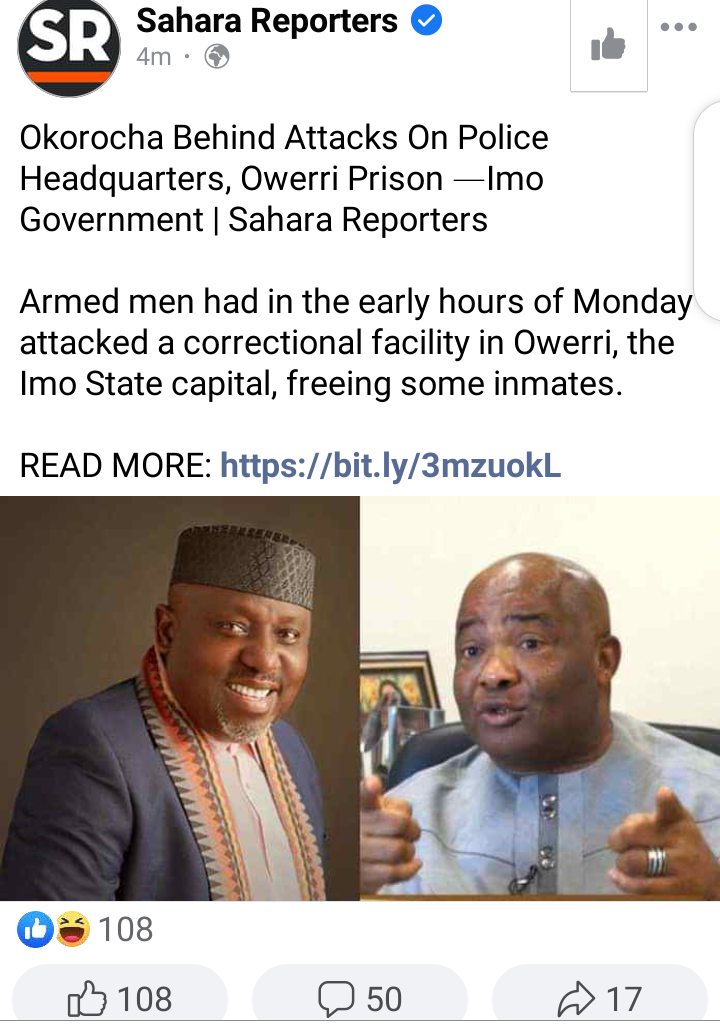 The Commissioner of Information said that Uzodinma's government has valid proof and information on how Okorocha's former Special Adviser gathered thugs that attacked the State on Monday around 2am and that the fact Okorocha sponsored some Northern Youths in the state to call for a 'state of emergency' hours after the attack makes him a culprit.

The Commissioner said that Okorocha has become an enemy of the government ever since he tried to attack Uzodinma for insisting on the implementation of the 'White Paper' that accused him of looting the State while he was Governor. 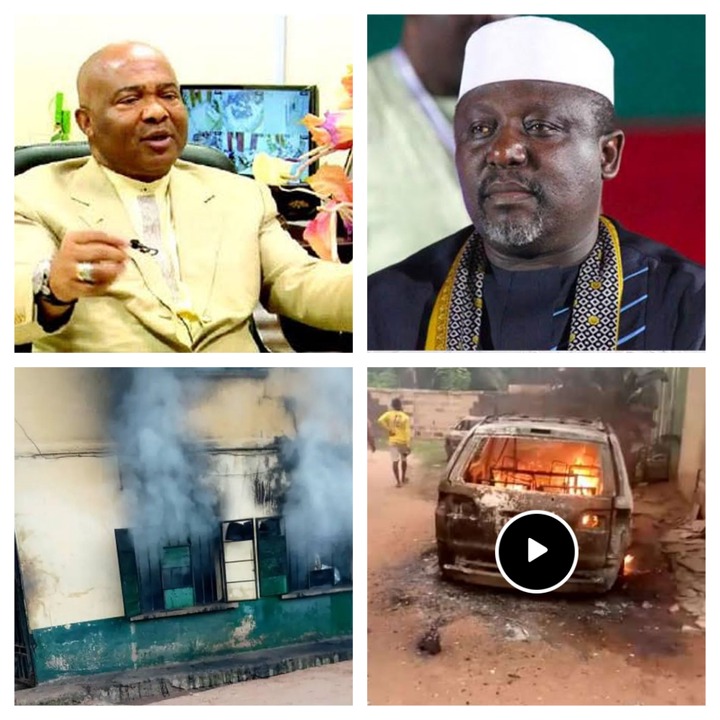 He added that Okorocha's silence since the attack on Monday is not a coincidence and that his refusal to speak about the attack means that he has a hand in it.

Another Police Station Attacked Today, See Photos Of The Damages Caused By The Assailants