Opinion: A message to Malami and those urging him to run for president.

By AuthenticAidokhai (self media writer) | 9 months ago 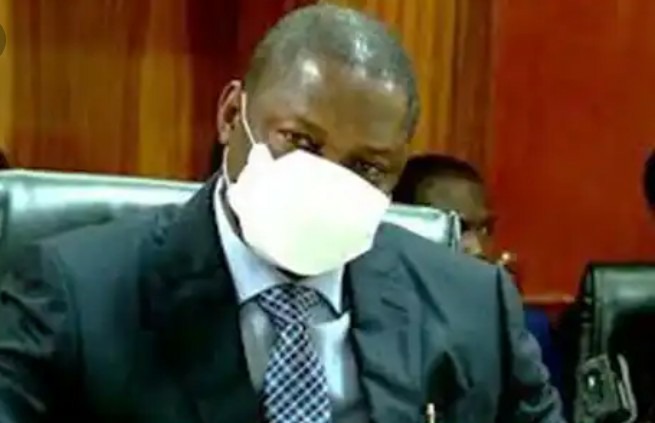 Stakeholders in Kebbi North/South senatorial districts, have reportedly appealed to the Minister of Justice and Attorney General of the Federation, Abubakar Malami to drop his rumoured governorship ambition and go for the office of president, come, 2023. The Public Relations officer of the group, Alhaji Abdullahi Muhammad Lamba reported made the appeal.

The Blueprint newspaper reportedly quotes Lamba as saying “I want to on behalf of this coalition advice him to opt for presidency instead of governor ". Lamba believes that Mr Malami is eminently qualified and capable of leading Nigeria as president come 2023.

Ordinarily, I should ignore such a call. But my knowledge of who, and how our politicians behave has prompted this short response. It is possible that after the call made by this group, other groups may just emerge from God knows where and start repeating the same "appeal". And then Mr Malami will throw his hat into the ring to contest for the office of president.

Before any drama of such sort begin to unfold, I want to advice Malami to throw away any idea to run for President for now. " Malami for President" is not a campaign that I want to hear for now. As Minister of Justice, Mr Malami has been embroiled in many controversies and accusations of corruption and abuse of office.

Therefore, what I want to see is a Mr Malami rendering accounts and defending his stewardship as minister for several years after leaving office. He must first of all clear his name of all allegations before coning out with any campaign for public office. Those urging him to contest should look for something else to do.

Mr Malami should not waste his time and resources on any presidential campaign. He should focus on correcting any wrongs he may have done as minister, while he still can. And he should be preparing for accountability after office. This is my candidate advice to the Kebbi-born minister. He should not be hoodwinked by any one.