Governor Udom Emmanuel Wednesday directed that a special taskforce be set up to enforce the ban on open grazing.

It was reported that open grazing has been labelled a criminal activity in Akwa Ibom state.

It was prohibited after the 55-year-old governor on 15 September 2021 signed into law the anti-grazing bill which was passed by the State House of Assembly a day before.

The law prescribes a N10 million fine against offenders.

Many people believe that free-roaming cattle pose a threat as they often trample and destroy crops, setting off clashes between herders and farmers.

Akwa Ibom is not the only state in the country to implement a ban on the open grazing of cattle.

The legislation has also been enacted by other states including Lagos, Rivers, Bayelsa, Oyo, Ekiti, Abia and Enugu.

On 6 October 2021, during the State Executive Council meeting that was presided by Governor Emmanuel, a report of compliance with anti-open grazing law was presented. 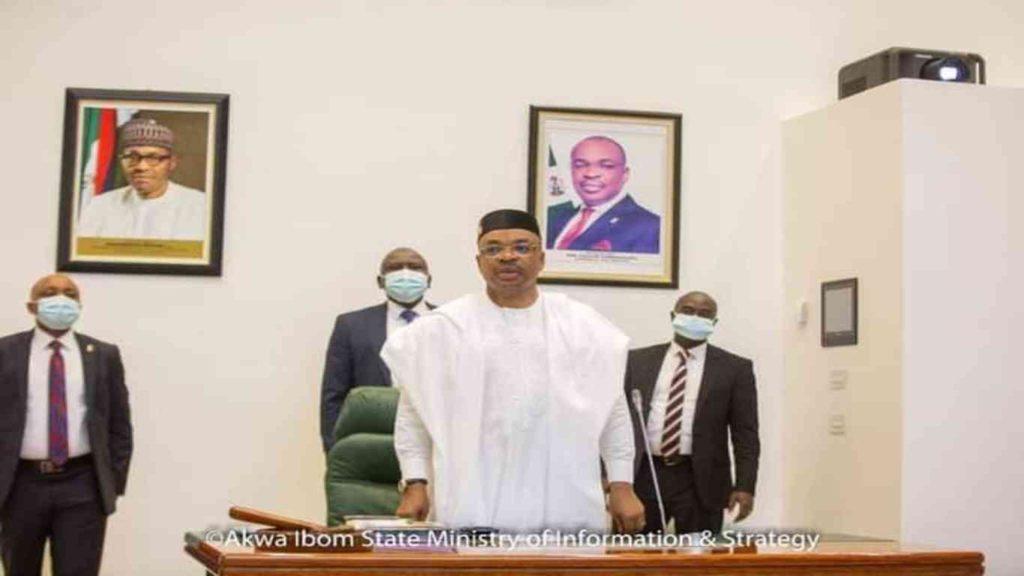 Governor Emmanuel chaired the meeting that was held at the Executive Council Chambers of the Governor’s office in Uyo, Akwa Ibom state (C) Ministry of Information & Strategy.

In a statement by Comrade Ini Ememobong, Honourable Commissioner for Information & Strategy, “Council directed that a Special Compliance Unit be inaugurated to ensure total compliance”.

Furthermore, according to Comrade Ememobong, Council also discussed the menace of street trading, illegal markets and the attendant risks in the state.

He said Council directed that the Ministry of Environment and security agencies should take steps to immediately dismantle all illegal trading outlets on streets and roads in the state.

However, the commissioner said a two weeks window was granted to allow for sensitisation and engagement with relevant stakeholders, to ensure voluntary compliance.

“At the expiration of the two weeks (effective 21 October 2021) defaulters are to be arrested and prosecuted,” he added.