US Orders Its Citizens To Leave Chad 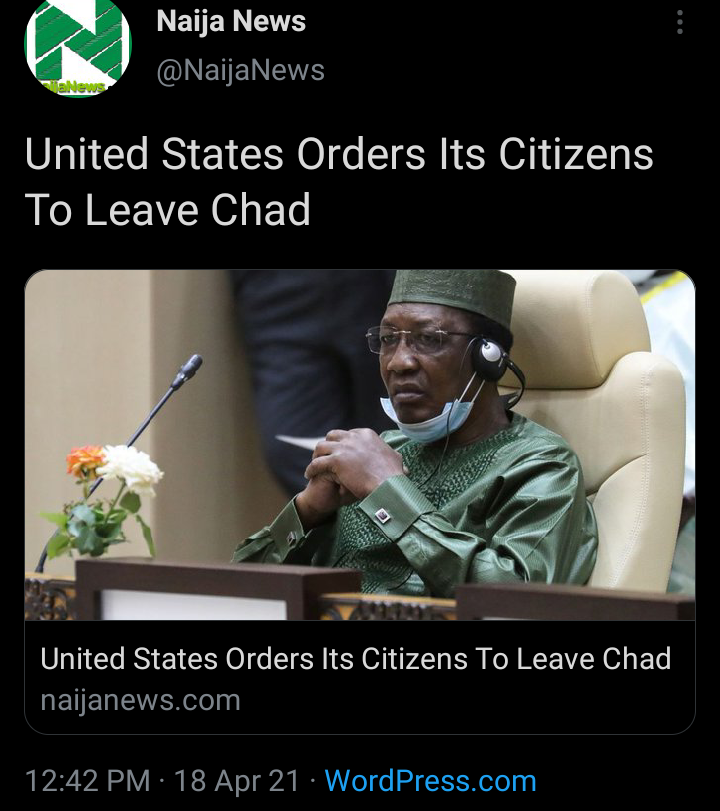 The United States led by President Joe Biden has ordered its citizens to leave Chad as rebels move to the capital, Ndjamena.

The United Kingdom also wants its citizens to leave Chad “due to civil unrest and gun violence."

The uprising comes as Chadian election results show President Idriss Deby is on track to win re-election for a sixth term.

2,000 Persons Displaced In Another Fresh Attack 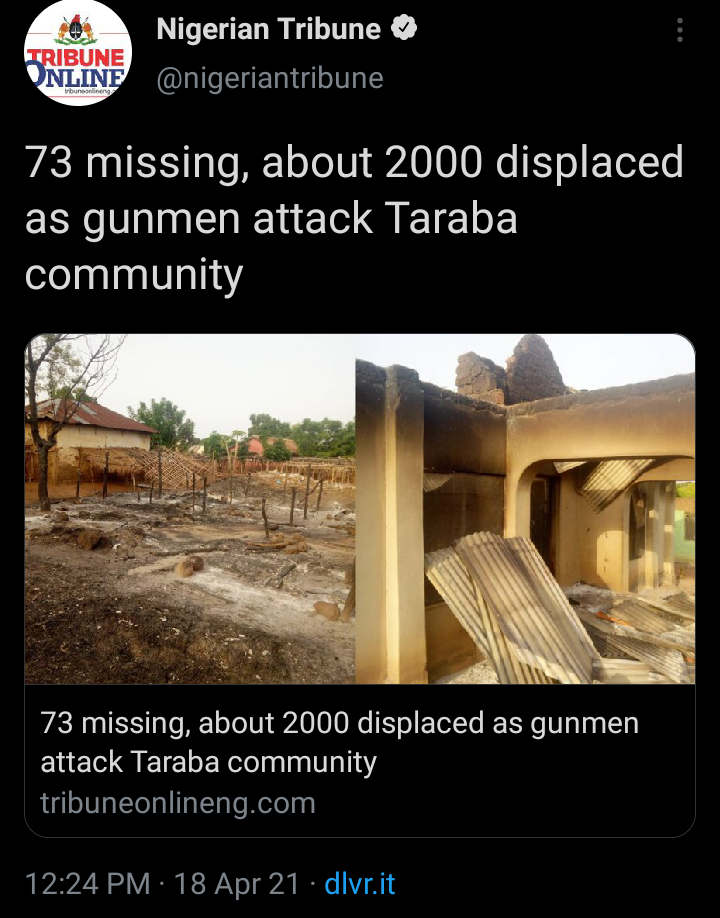 The series of Attacks Lunched by Bandits Herdsmen and Boko Haram is becoming alarming.

Recently, At least 73 people are said to be missing and about 2000 others, mostly women and children have been displaced, following the attack on the Dogon-Gawa community in Takum Local Government Area of Taraba State.

A local resident, Mr James Orya told our correspondent in a telephone interview on Sunday that the attack happened on Friday morning.

Orya explained that the attackers came in from Takum axis in two Hilux vans and started shooting sporadically injuring two people in the process. 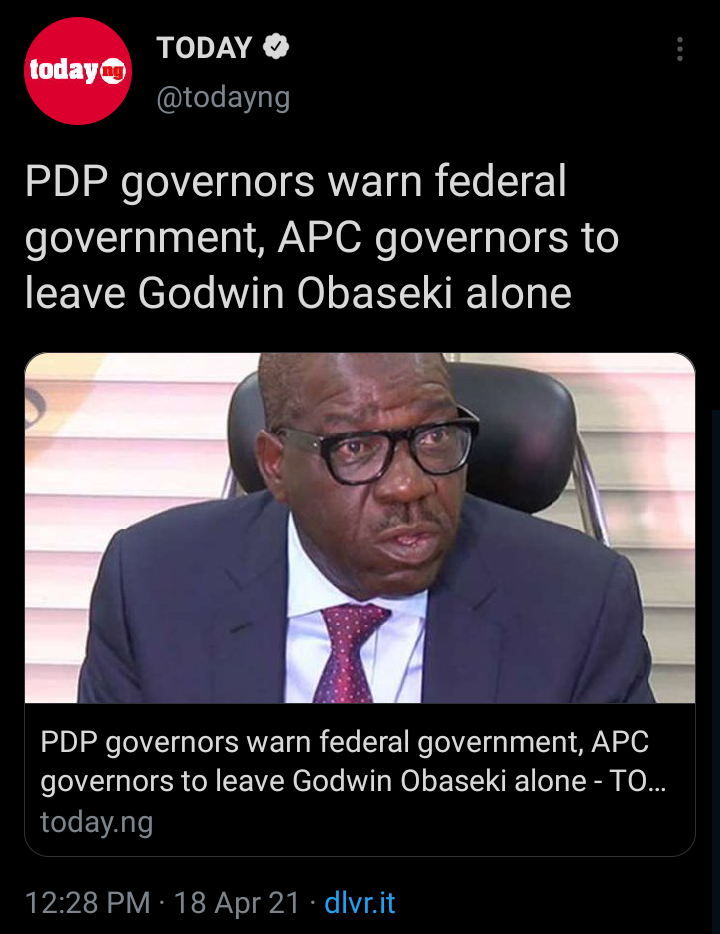 The Attacks and misunderstanding emerging from the members of People's Democratic Party (PDP) and All Progressive Congress (APC) is becoming alarming.

Recently, Governors elected on the platform of the Peoples Democratic Party, PDP, have risen in defence of Edo state governor, Godwin Obaseki, following the attack on him by governors of the ruling All Progressives Congress, APC, over his claims that the federal government resorted to printing of currency to meet its obligation in the month of March, this year.

Obaseki had while lamenting difficulty ocassioned by the economic squeeze in the land, stated that things got so bad that government had to print the sum of N60 billion to share among the federating states; a claim dismissed as false by Finance, Budget and National Planning Minister, Zainab Ahmed.