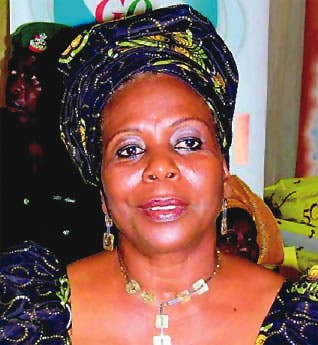 A faction of the People's Democratic Party (PDP) who is very loyal to the lawmaker representing Ekiti South, Senator Biodun Olujimi, rejected the verdict of the Court of Appeal, which recognized the trustees to the former governor of Ekiti State, Mr Ayodele Fayose.

Based on the reports, Olujimi's loyalists vowed to approach the Supreme Court to determine whether the conduct of PDP Ward Congress in Ekiti by the National Working Committee (NWC) was in line with the PDP Constitution. The factional Publicity Secretary, Mr Sanya Adesua, announced this plan in Ado-Ekiti, the state capital, following a thorough deliberation last Thursday's judgment of the Appellate court.

After losing seat at the Federal High Court in Ado-Ekiti, Olujimi's faction appealed to the appellate court, asking it to dismiss the conduct of the PDP Ward Congress in Ekiti by the National Working Committee (NWC). However, in its judgment, the appellate court upheld the judgment of the court of appeal, which held that there was not justice in the case on ground.

The court scolded the case on the ground that the issue of the congress "is an internal issue of the PDP and that once the national body headed by Uche Secondus had recognized the group, no court is given right to reverse that."After the meeting on Saturday, Olujimi's faction, having considered the pros and cons of the judgment, decided that the verdict should be challenged by the Supreme Court.

However, the meeting also decided and agreed that all candidates for governorship should be encouraged to continue their consultation and mobilization for the generality of Ekiti people, who are eagerly and seriously waiting for the party resolution