Ashraf Ghani's whereabouts have been revealed after he left the country to avoid bloodshed.

Ghani took off on the 15th of August, 2021 after a clear invasion of the country's capital city, Kabul. The terrorist group, the Taliban invaded the presidential palace on Sunday without security or traffic control. 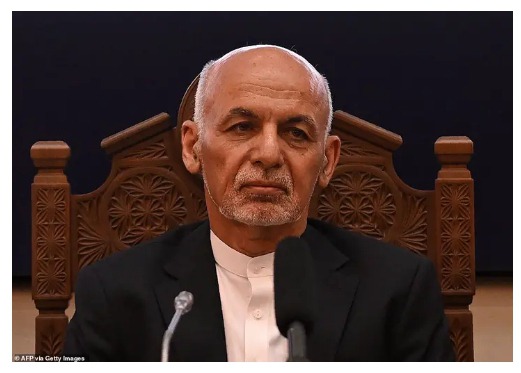 The president flees the country without openly stating his next location.

It was earlier reported that the president escaped the city of Kabul to Tajikistan after the Sunday invasion of the Taliban, ceding power automatically.

According to Russian sources, the former President of Afghanistan is in exile in Oman. He seeks refuge in the country pending the rift between the Afghanistan government and the Taliban.

After Sunday's invasion of the City and the glaring takeover by the Taliban, the US-backed government of Afghanistan collapsed while Ghani Ashraf, the President fled the country.

Reporting Ghani's whereabouts, the Russian Embassy in Kabul revealed that the president fled the country with a huge amount of cash and four cars in a helicopter.

The source revealed that the president sought refuge in the Sultanate of Oman, the Persian Gulf. 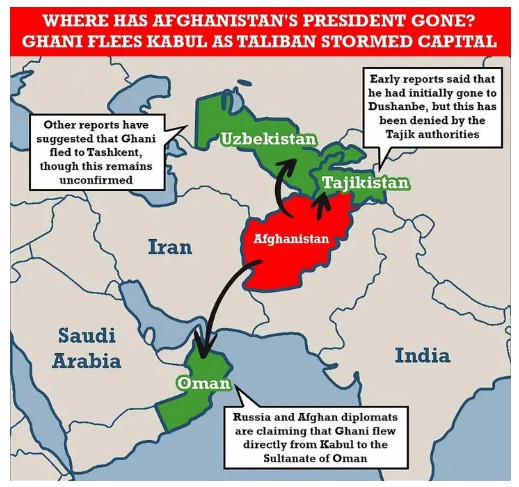 Ashraf Ghani has revealed through a Facebook post that he has fled the country to avoid bloodshed. 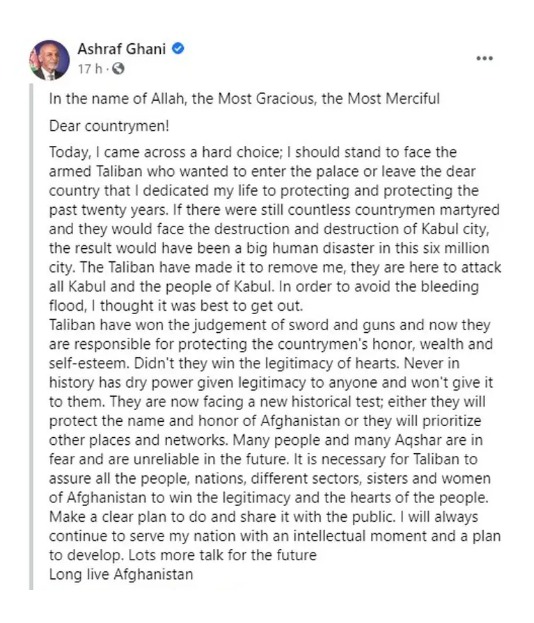