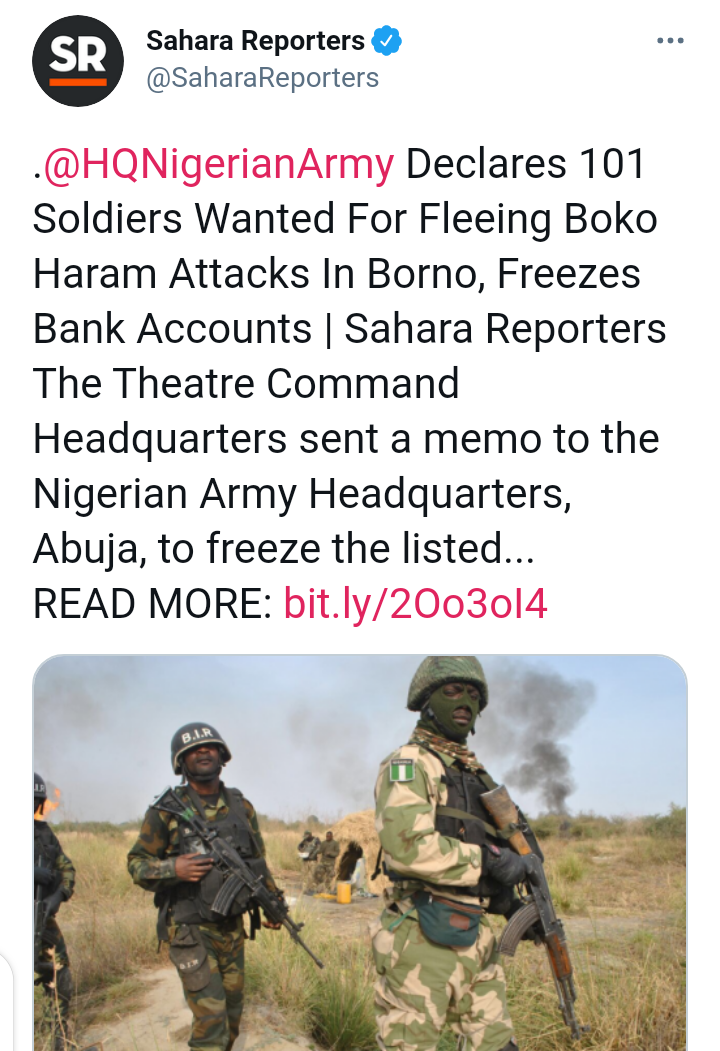 Nigerian Army has given an order to declare wanted 101 soldiers who fled the Boko Haram terrorists’ attacks in New Marte and Dikwa towns near Maiduguri in Borno State.

The army, through the Operation Lafiya Dole Theatre Command, also ordered that their bank accounts should be frozen pending when they would report themselves to the command. 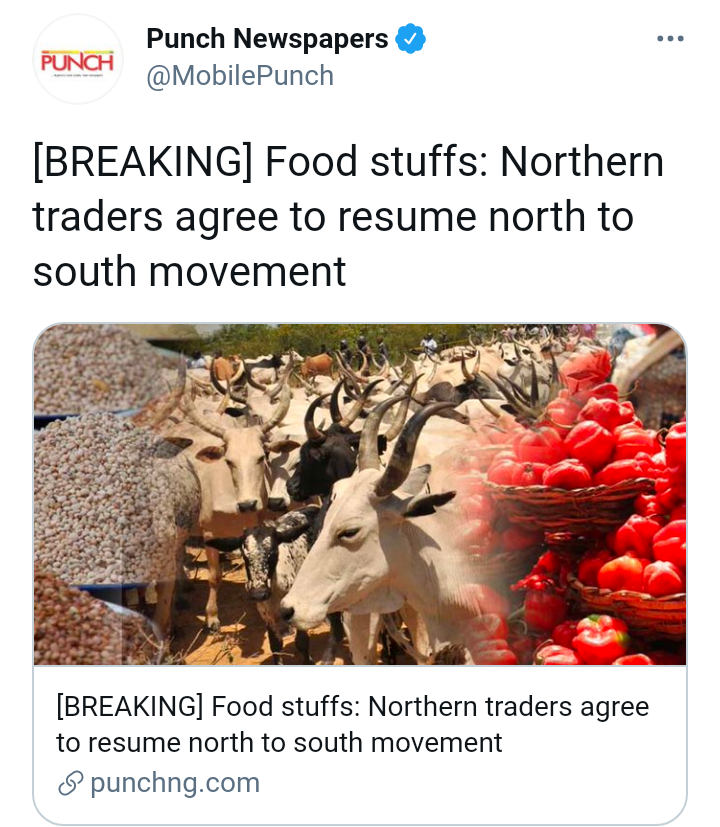 After about six days, the Leadership of Cattle and Foodstuff dealers under the aegis of Amalgamated Union of Foodstuff and Cattle Dealers of Nigeria, on Wednesday, agreed to resume the movement of food supplies from the northern part of the country to the southern region.

It was gathered that the agreement was reached when the leadership of the trade union met with Governor Yahaya Bello of Kogi State in Abuja. Former Minister of Aviation, Femi Fani-Kayode was also at the meeting. 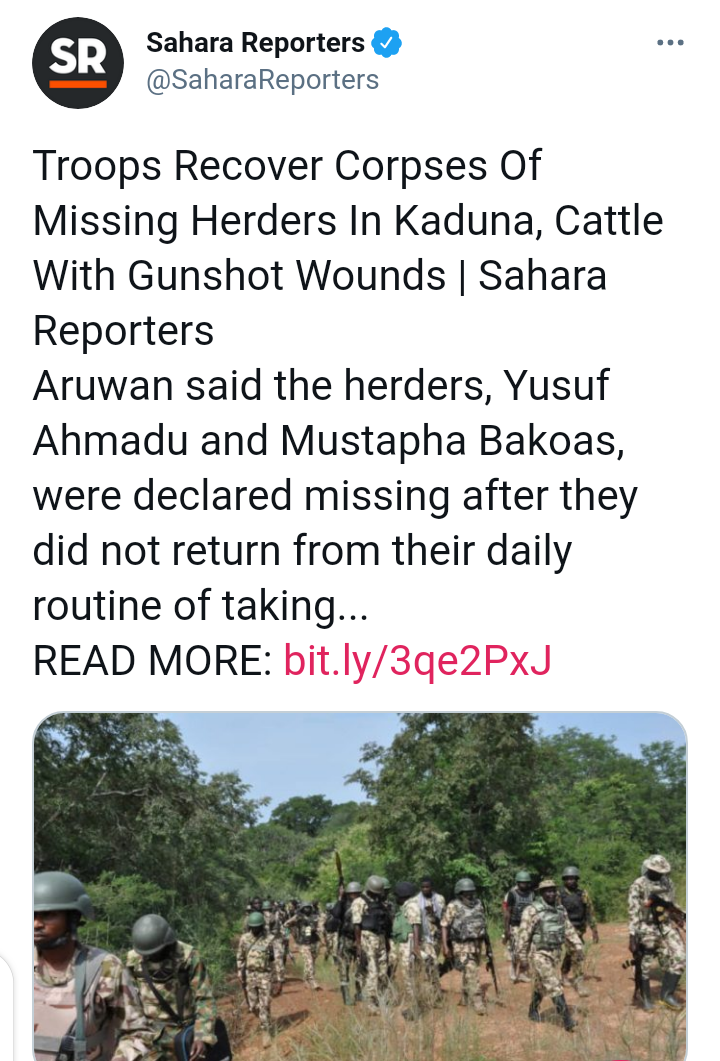 Troops of Operation Safe Haven have reported the recovery of two corpses, apparently of herders, in the Mabuhu-Wawan Rafi general area of Zangon Kataf Local Government Area of Kaduna State.

Samuel Aruwan, Commissioner for Internal Security and Home Affairs, disclosed this in a statement on Wednesday.

Aruwan said the herders, Yusuf Ahmadu and Mustapha Bakoas, were declared missing after they did not return from their daily routine of taking cattle for grazing.

He said the deceased failed to return to their settlement but their cattle were found wandering in the open grazing area with wounds from gunshots. 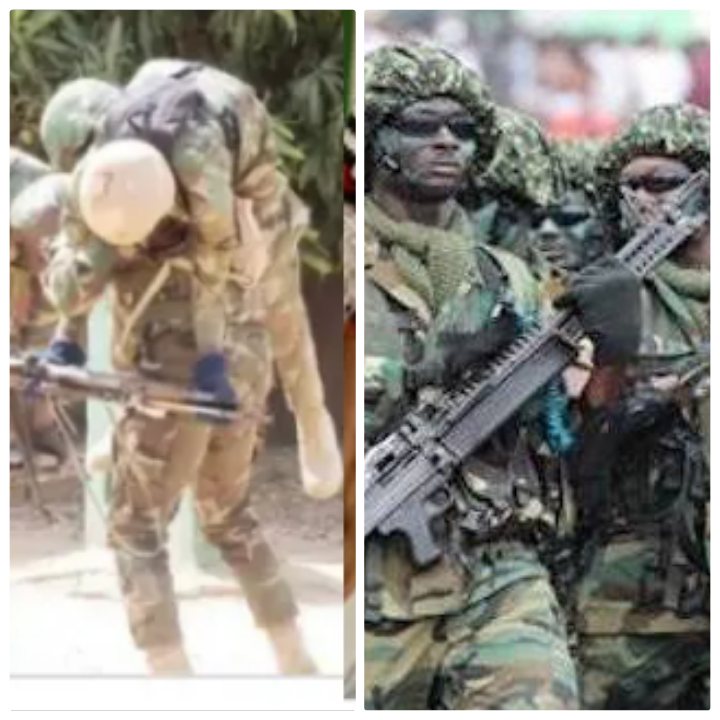 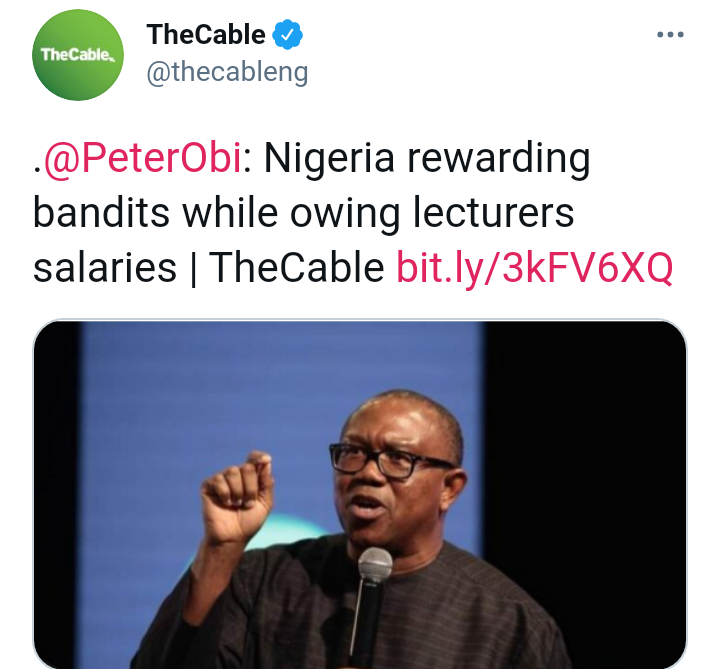 Peter Obi, former governor of Anambra state, has faulted the alleged payment of ransoms to rescue persons abducted by bandits.

Obi, who was a vice-presidential candidate in the 2019 general election, said Nigeria is not progressing because bandits are being rewarded, while lecturers are owed salaries.

He was speaking at the launch of a book titled, ‘Communication and Media Studies: Multiple Perspectives’, written by Stella Okunna, a former commissioner in Anambra.

Obi said Nigeria’s economy cannot be productive if the country continues to reward criminality while overlooking its intellectuals.

“How do we go and negotiate and pay somebody, a bandit, when we have not paid those who are working?” Obi asked following reported negotiations with bandits who abduct schoolchildren in the north. 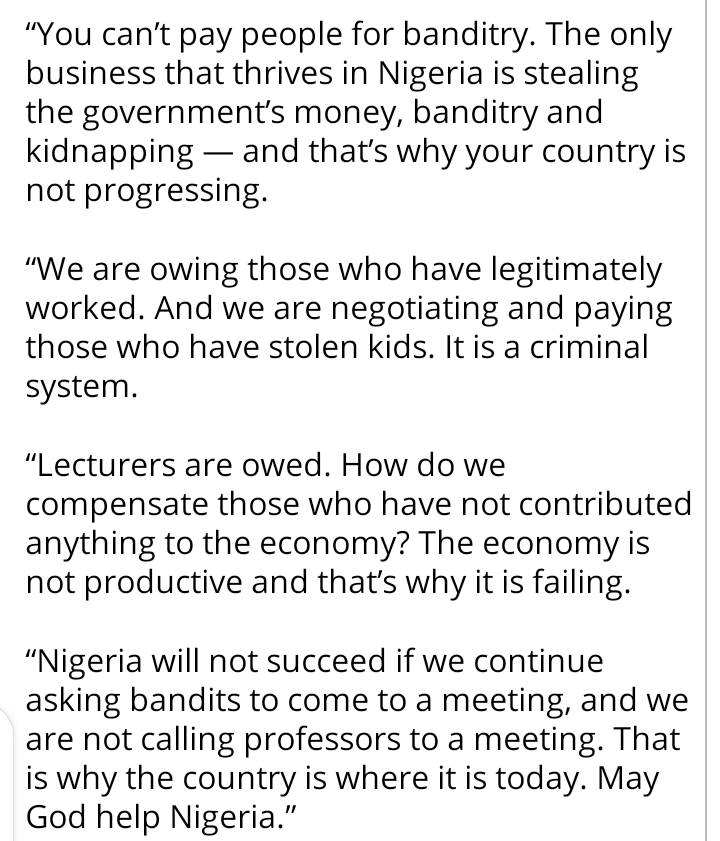 What's thought on what Peter Obi has said?

﻿If you have anything to say, visit the comment section below and say it.

Garba Shehu Speaks On Allegations Levied Against Min. Pantami, Says He Has Repented

Is Quality Really Better Than Quantity? Checkout My Discovery After Making Money On Opera.

How CCTV Helped In The Arrest Of Nollywood Actor, Baba Ijesha Who Was Caught Raping A Minor

Make money online doing just what you love to do

Today's News: Ex-Governor In Southeast Will Be The Next President-Prophet Joshua, MOSIEND Advises Wike