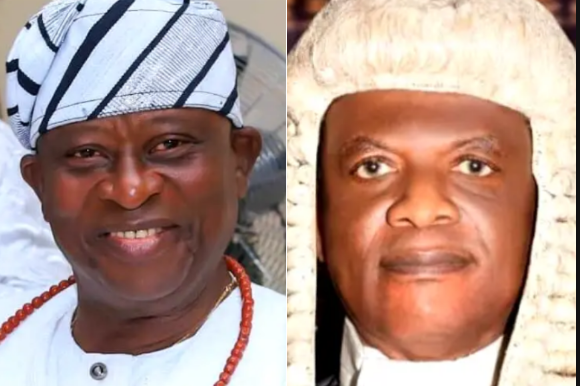 Former Minister of State for Education, Olorogun Kenneth Gbagi has said he would floor his opponents in the 2023 governorship race in Delta State, saying the battle of politics was not meant for boys. 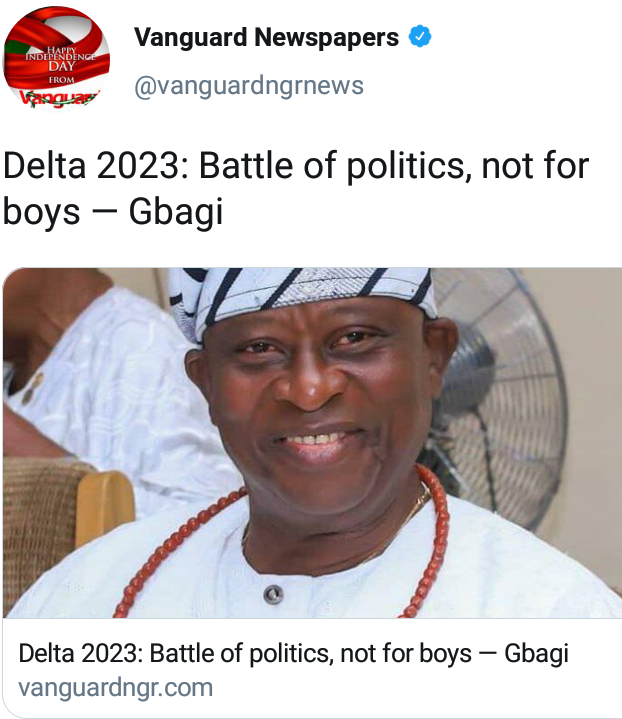 Speaking at Otu-Jeremi, headquarters of Ughelli South Local Government Area during a general meeting of the Ughelli South chapter of the Peoples Democratic Party, PDP, Gbagi, said he could not be a founding member of the party and abandon it for others.

Expressing optimism that Ughelli South Local Government Area would produce the next governor of the State in 2023, he noted that the general meeting was a good omen meant to unite members of the PDP at the local government area and to bring growth and development to the party.

A Justice of the Supreme Court, Samuel Oseji, is dead.

A top source at the apex court confirmed to Vanguard that Justice Oseji, who hails from Aniocha North Local Government Area of Delta State, died after a protracted illness. 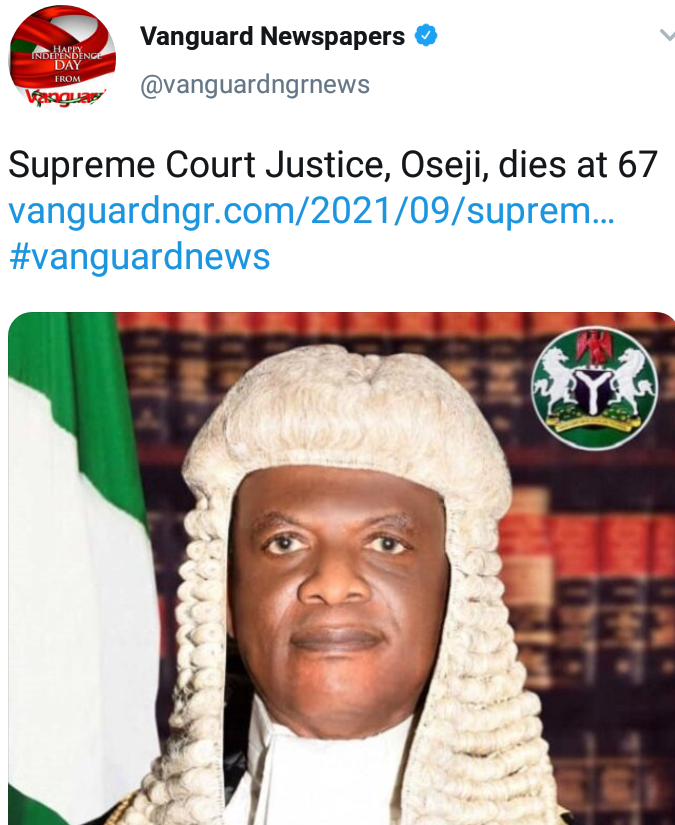 He died at the age of 67, less than a year after he was elevated to the Supreme Court bench.

Oseji was among eight Justices the Chief Justice of Nigeria, CJN, Justice Ibrahim Muhammad, swore into the apex court bench on November 6, 2020.

He became a High Court Judge in Delta State in 1998 and was afterward, promoted to the Court of Appeal in 2010.

INEC in Lagos State says there has been no objection on registration of persons in the four days of displaying voters’ register in the state.

“Since the commencement of the display for claims and objections last Friday, there has been no objection,’’ INEC’s spokesman in the state, Femi Akinbiyi, said. 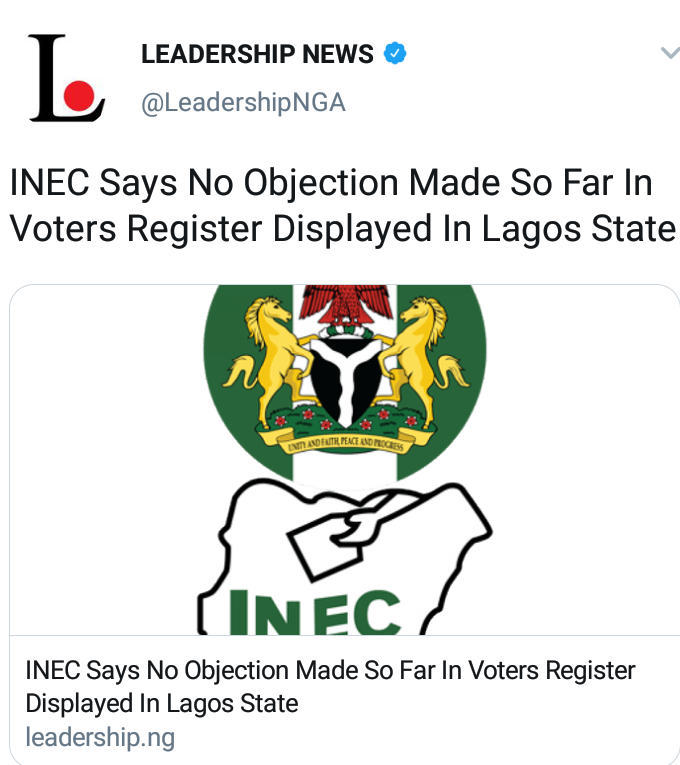 He told the Newsmen on Tuesday in Lagos that there had been few claims, though.

“So far, reports from our electoral officers in the 20 local government areas in the state show minor claims without any objection.

The Federal Road Safety Corps (FRSC) has called for a workable synergy between the corps and Journalists in Niger to further reduce road traffic crashes in the state.

The FRSC Sector Commander in the state, Mr Musa Muhammad, made the call during a courtesy visit to the state headquarters of the corps by the executive members of the state chapter of Sports Writers Association of Nigeria (SWAN). 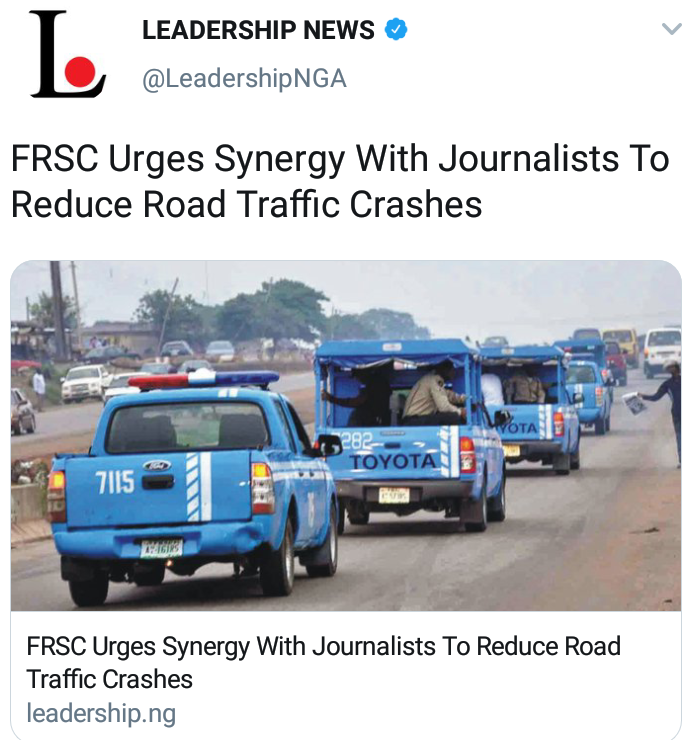 “We are seeking for closer working ties with media organisations, especially radio and television stations in the state.

” This is part of the collective efforts to bring to the barest minimum breach of road safety rules across Nigerian highways.

“Enlightenment campaigns through electronic media organisations such as, radio and television in particular during ember months are very vital.