By Reignss (self media writer) | 10 months ago 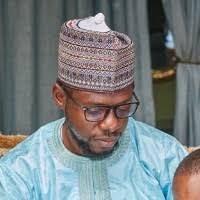 Contrary to the report that 36-year-old Aminu Yar’Adua imprisoned for allegedly running over four people in an auto crash in Yola, Adamawa State last Thursday, was the son of the late Ex-President of the nation, Umaru Musa Yar’Adua. Some news platforms and stations have disclosed that the arraigned person is the son of the late President's elder brother, Late Gen. Shehu Musa Yar’Adua.

It was reported by news platforms and social media portals that Aminu is the son of late Ex-President Yar'Adua, after a Magistrate Court in Yola, Adamawa commanded his detention.

A source from the family, who asked for his identity not to be revealed, claimed that Aminu who serves under former Vice President Atiku Abubakar, is a member of the late President' family and the elicidation was not denying his membership of the family.

The News Agency of Nigeria (NAN), had revealed that Aminu Yar’Adua, as at the time of incident was a student of the American University of Nigeria, Yola, Adamawa was indicted to court for allegedly causing death of six people by overspeeding and dangerous driving on June 23, 2021.