By Oyekan (self media writer) | 1 year ago 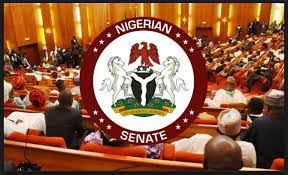 At the National Assembly on Thursday, Senator Ayo Akinyelure said, casualisation of Nigerian graduates in the Nigerian labour market had become a subject of great concern, as more workers continued to groan under this immoral strategy of cutting cost by employers, rendering them inferior to their counterpart in other countries of the world, while seeking a bill to stop employers in the private and public sectors from engaging employable Nigerian graduates as casual workers.

Senator Akinyelure, raised this alarm that the scourge of casualisation of employment in Nigeria is gaining grounds in an unprecedented proportion, intensity and scale which must be stopped through appropriate legislations, as he cited the banking industry as example for casualisation, thereby blamed banks industry for turning Nigeria female marketers into harlots and sexual slaves in desperate attempts by them to keep their jobs and meet unrealistic deposit targets.

The PDP, Ekiti South senator, Senator Biodun Olujimi while re-echoing senator Akinyelure’s observation said, Nigerian girls have been turned into what we cannot imagine in short time, as most of them have been asked to look for funds thereby come to him, where he always tell them, he do not even have the funds to eat, not to talk of keeping in the banks suggesting the need to have a legal framework to ensure that casualisation does not exist, following statistics from the Nigeria Labour Congress which shows that, many workers in the telecommunications, oil and gas sectors are engaged as casual labourers by employers. Ovie Omo-Agege who was the Deputy Senate President, while throwing his views behind the bill, lamented the treatment of casual workers by oil companies, mining, steel, banking and insurance operating in the country, despite the fact that, we need employment for the teeming youth on one hand.

The news has generated a lot of comments on social media, where one of the user said, he disagreed. He have worked in a bank and know females that excel without sexual affiliation. Added that, a female who’s used to getting things done via sexual favours is nobody’s fault. She choose the easy option as alot of people will not like this comment, because it’s the truth but, he don't care.

Another user commented on the comment and said, there is sexual harassment is in every sector of the country, as It's not about banks industry. Saying, if you want to make it without sexual affiliation you will. You just need to work harder than those sleeping their way through. 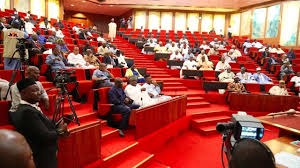