By Hajdar (self media writer) | 1 year ago

Politicians and political parties are angling for elections that might end the eight-year reign of several governors, including President Muhammadu Buhari, as the Independent National Electoral Commission, INEC, gears up for the 2023 general elections. It will be akin to the "dog and the baboon tale" in Bauchi state. The opposition All Progressives Congress, APC, may mount a serious challenge to Governor Bala Mohammed. This could be owing to clear evidence of the governor's continuous leadership style, or it could be due to the same factors that helped him defeat then-Governor MA Abubakar in 2019. 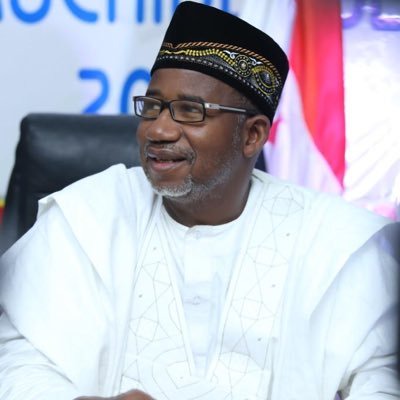 The APC in Bauchi state is planning to reclaim power in the general elections in 2023. APC is becoming more powerful by the day. This could be due to a variety of factors, including government underperformance, marginalization, and alleged corruption, to name a few.

Below are the names of top politicians who may run for governor in 2023 under the APC, if Governor Bala Mohamed seeks a second term in office or represents his party, the Peoples Democratic Party, PDP; Senator Abdul Ningi may also run under the same party where he lost to the incumbent during the last primary election.

Barrister Mohammed Abdullahi Abubabakar, 63, is the 2019 APC governorship candidate and the immediate past Governor of Bauchi State. In the 2019 governorship election, he was defeated by Bala Mohammed. Abubakar was in office from May 2015 to May 2019. Prior to becoming governor, he served as the state attorney general and commissioner for justice in Bauchi.

He is in a strong position to represent the APC against the incumbent governor. MA has a solid track record of paying employees on time.

Senator Lawal Yahaya Gumau Gumau, 52, represents Bauchi South in the APC. Senator Mallam Wakili died in 2018, and he was elected to succeed him in 2018. Gumau previously served in the House of Representatives, representing the Toro federal constituency from 2011 to 2018. Many people believe he lacks the necessary experience to lead the state. His lack of representation in the National Assembly could lead to his disqualification.

Talban, or Dr. Musa Babayo, was the chairman of the Tertiary Education Fund (TETfund). The banker-turned-politician is from Bauchi state's Azare. He was a PDP member before joining APC in October 2015. Talban Katagum lacks structure, and his deceptive mechanism may work against him, just as it did in Azare, where he has never gained his ward.

Senator Jika Dauda Haliru, also known as Dokaji, is the traditional title of Senator Jika Dauda Haliru. Senator Haliru, 44, represents Bauchi Central in the National Assembly. He was a two-term member of the House of Representatives (Darazo/Ganjuwa, 2007 to 2015) and speaker of the Bauchi State House of Assembly. He is incapable of leading Bauchi State.

Captain Bala Mohammed Jibrin was an APC governorship candidate who lost to then-Governor MA Abubakar in the primary election in 2019. He was in charge of the ministries of works, education, science, and technology.

Many believe he is running for a federal position, while others believe he has the organization and vision to take on the opposing party if given the opportunity.

Nigerian Ambassador to Germany, Amb. Yusuf Maitama Tuga, is 53 years old. He was the CEO of Nordic Oil and Gas Services for numerous years in the private sector. He was elected to the House of Representatives in 2007 to represent the Gamawa federal constituency, a position he held until 2011. In 2011 and 2015, Tuga ran for governor. His ties to the federal government, as well as the support of his constituents, may help him.

From 2003 to 2007, Hon. Farouq Mustapha served in the House of Representatives as a representative for Katagum. In 2018, he left the APC to run for the newly founded New Nigeria People's Party (NNPP) senate seat in Bauchi North, which he lost. Mustapha rejoined the APC shortly after the election. He is a well-liked grassroots politician. If he is given the mandate, his existing structure can assist him unseat the incumbent governor.

Abdullahi Babani Tela is a senior Customs official in Nigeria. His posters have appeared on the internet, and rumors abound that he is providing fertile ground for an unnamed individual.

Another probable governor candidate is Air Marshal Sadique Abubakar, a former chief of the air staff who is currently an ambassador. Sanusu Mohamed, a social critic, labeled him as a failed candidate based on his record as the country's air force commander.

In any event, only time will tell if any of these candidates can dethrone Governor Bala Mohammed if he runs for re-election.