By FlashUpdate2 (self media writer) | 9 months ago 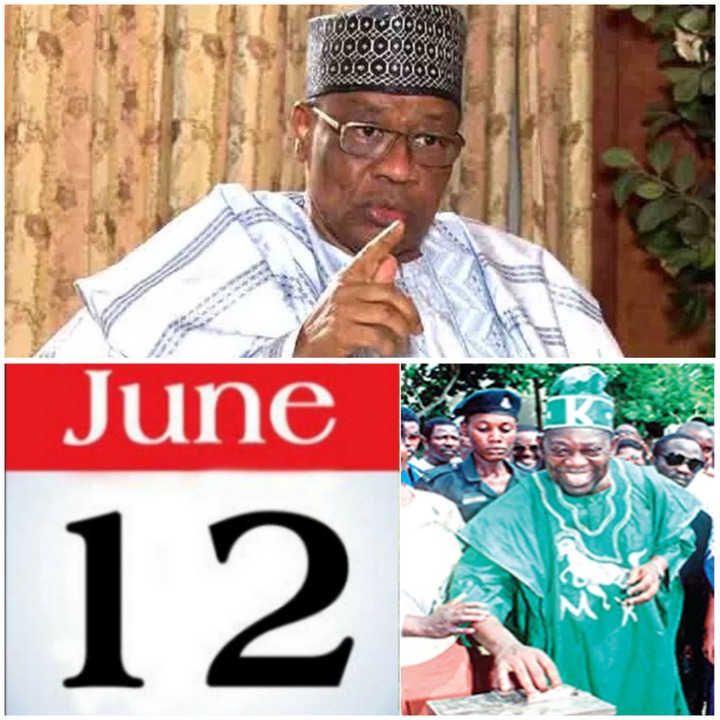 The hope-giving to the world of democracy, as it was asserted to be the fairest election ever conducted in Nigeria since the invention of democratic rule, June 12, 1993, election. The then military Head of State, Gen. Ibrahim Bandamasi Babangida, IBB, has said that the annulment of the election was for the interest of Nigerians and all for the preservation of Nigeria unity.

IBB further claimed that he overruled the outcome of the election to prevent a coup. He made this disclosure during an interview on Channel TV's Newsnight, claiming it is a right decision that must be taken to preserve the country from shattering to parts.

Consequently, the SDP flag bearer was alleged to have won the contest and was preparing and hoping for Nigeria's next president before it was surprisingly annulled by IBB who cited irregularities and some other technicalities he assumed to be hazardous for upholding the unity of Nigeria.

He said that an agreement was reached between some groups of politicians and him, stressing that the same contestants should re-contest in the scheduled polls, however, the decision was revolted by Nigerians, maintaining they were tired of elections, as a result, the decision to re-conduct the polls were abandoned, which later paved way for Sani Abacha to rule the country for another five years under military rule.