JUST IN: Top breaking News Headlines from Nigeria And Across The Globe. 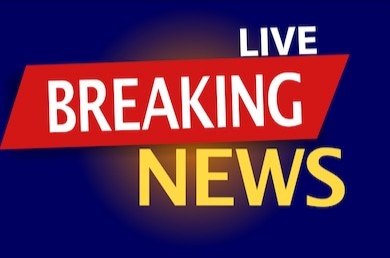 As of 16th day of July on a cloudy morning, I bring to you the following breaking and trending news headlines from around Nigeria and elsewhere in the world.

1. However, Nigeria, currently producing 1.4 million barrel per day, mb/d in compliance to OPEC output cut would still not be able to adequately fund its 2020 budget.

3. I can’t deny getting my daughter pregnant, Ex-DSS man admits.

18. I spoke with Tolulope at 1pm but at 5pm, I was told she was in mortuary – Father of Nigeria’s first female combat helicopter pilot.

23. The Federal Airports Authority of Nigeria (FAAN) has described the actions of the former Governor of Zamfara State, Abdulaziz Yari as “irresponsible”.

24. Bayelsa State Governor Douye Diri has warned security operatives not to harass or extort money from the public under the guise of enforcing compulsory use of face mask.

26. The proscribed Indigenous People of Biafra (IPOB) has threatened a reprisal for the attack on its women members in Oba Idemili South Local Government of Anambra State.

28. She died in an auto crash on Tuesday. The young officer was killed by a reversing car inside the Air Force base in Kaduna. The car was driven by her old schoolmate.

30. The Second Niger Bridge will boost trade in the Southeast and South states, a former Manufacturers Association of Nigeria (MAN) Chairman in charge of Anambra, Enugu and Ebonyi states, Chief Aloysius Azubuike Okafor, has said.

33. The House of Representatives Committee on Federal Judiciary has called for the automation of the courts to enable them to dispense justice in record time and meet up with the growing global challenges.

35. JUST IN: $10m stolen by Bitcoin scammers in biggest heist on Twitter.

36. Serial falsehood against Magu in the media: Lawyer’s stunning letter to Justice Salami.

37. From the 1st of August, Nigerian banks will be able to recover money owed from a debtor's other bank accounts.

47. WHO, UNICEF warn of decline vaccinations during COVID-19.

Thank you and remain calm as I will bring more to you as they come.