What do you do when you try to show some kindness to a group of people, but the world throws your benevolence back at your face? It could be painful, isn't it? Well, that is what the public is currently doing to Kingsley Moghalu, the Young Progressive Party (YPP) presidential candidate for the 2019 presidential elections. 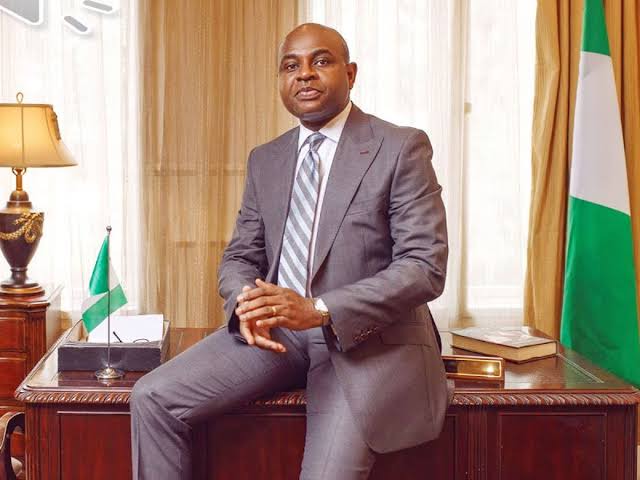 In the spirit of Christmas, Moghalu gathered a group of kids in his village in Nnewi on Christmas Day and shared some biscuits and Caprisone to them, but what the public found absurd was him uploading the photos on his social media handle. The children were seen stretching their hands as he dropped one biscuit each into their hands.

Moghalu is one Nigerian politician whom Nigerians hold in very high esteem because of his philanthropic gestures in the past years. His foundation has given scholarships to countless people and skill training to many people, especially in rural communities. But this very act did not seem to sit well with many people. 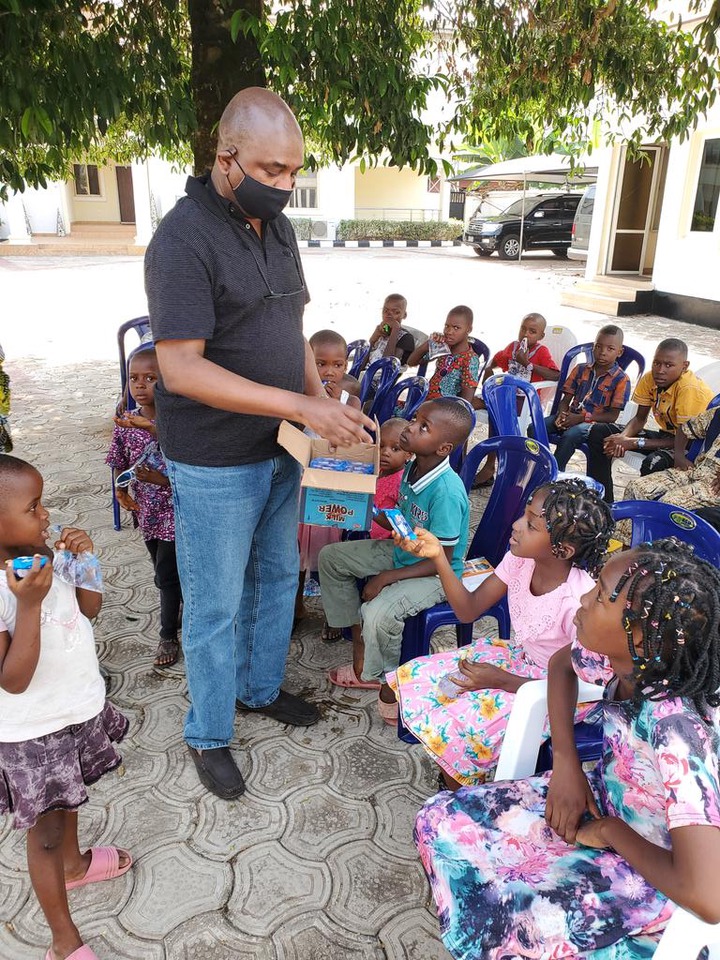 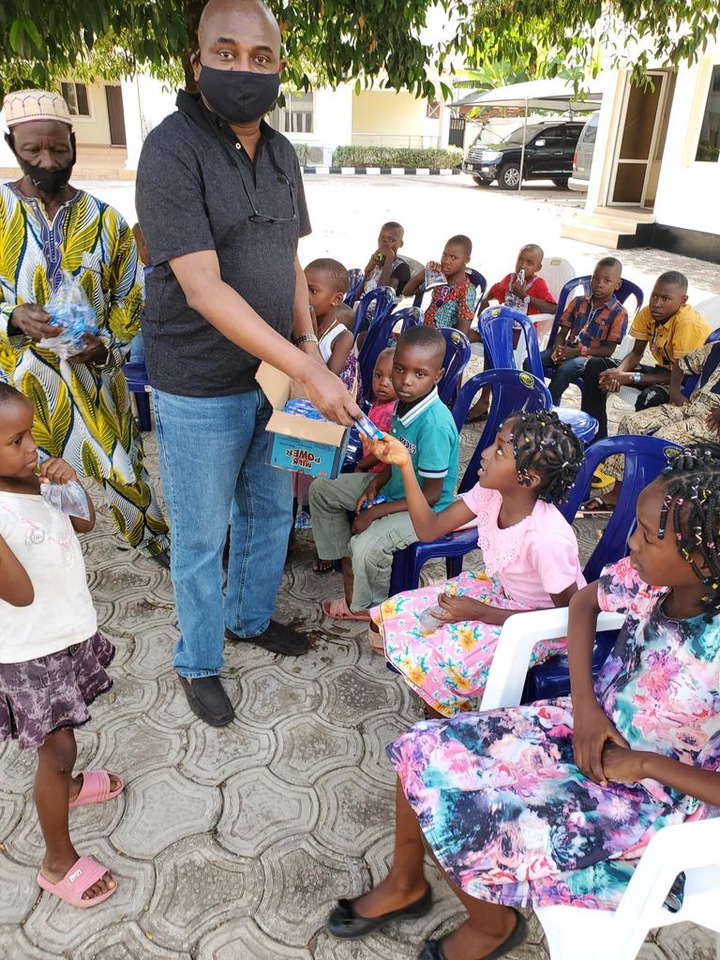 Many said that as a billionaire and former governor of Central Bank, he ought to do better than gathering a group of kids and sharing ordinary biscuits to them on Christmas Day, and that even though he did it, he was not supposed to post it on internet.

Kingsley Moghalu as some of us already know is a coat of many colours - the man is many things in one person. He's a lawyer, a political economist, former United Nations official, and a professor. He is the founder of the Institute for Governance and Economic Transformation, and also the founder of Sogato Strategies, and also a senior adviser of the Official Monetary and Financial Institutions Forum.

In 2018, Moghalu got the spirits of many people high when he declared his intention to run for the 2019 presidential election. In February 2019, he paid a courtesy visit to the Ooni of Ife ahead of the election to make his mission known to him and also receive his blessings. 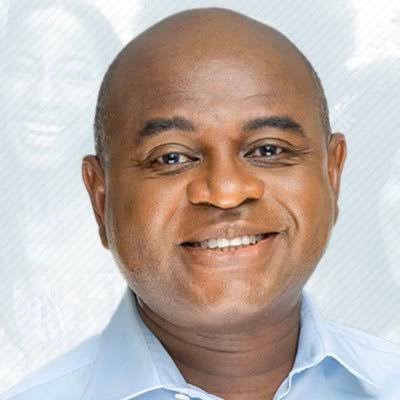 While giving his comments on him during his visit, the Ooni of Ife said he admires Moghalu's passion, courage, and his determination to serve his country.

But Moghalu seemed to have gotten it wrong this time around. Many blasted him for going to the extent of getting a cameraman to take photos of him sharing biscuits to kids just for the glam. Someone even said that it is even wicked of him to post photos of those innocent kids, and that his actions clearly show lack of dignity. Many said that a lot more people have done more than this for people, yet they did not make noise about it.

Another said that this act of sharing biscuits to kids and taking pictures with them shows that he is indirectly weaponizing poverty, and that this is against some of the ideologies he's been portraying to the world. And interestingly, Moghalu was on ground to reply some of the taunts thrown at him. He said that it is his timeline and he has the right to post any content or photos he wants on it. He told his critics to take their attacks to the political leaders they elected into office, and spend their time holding their leaders accountable, instead of focusing on people who do not owe them any explanations for their actions.

Well, just as the saying goes, that the entire world cannot be against you, as there is always someone who will be on your side - there were also a few people who came out to show support to him. They said that it is wrong to judge Moghalu by the photos of him sharing biscuits and Caprison to kids, because the kids may probably be on scholarships from him and might have come to greet him on Christmas Day, and he entertained them with snacks.

Someone reacted to that in a way that sounded quite ridiculous. She said that if those kids are actually on scholarships, someone like Moghalu would have made a big publicity about it and even made them give testimonies. That if he could publicize sharing of biscuits, then he definitely would have publicized something bigger. 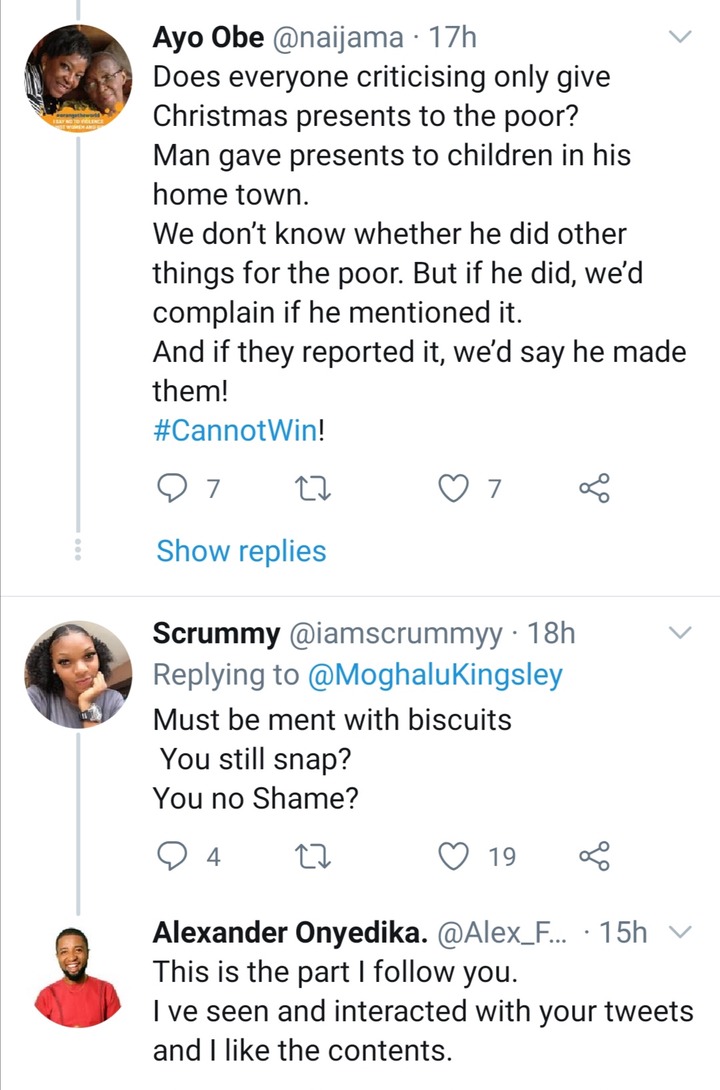 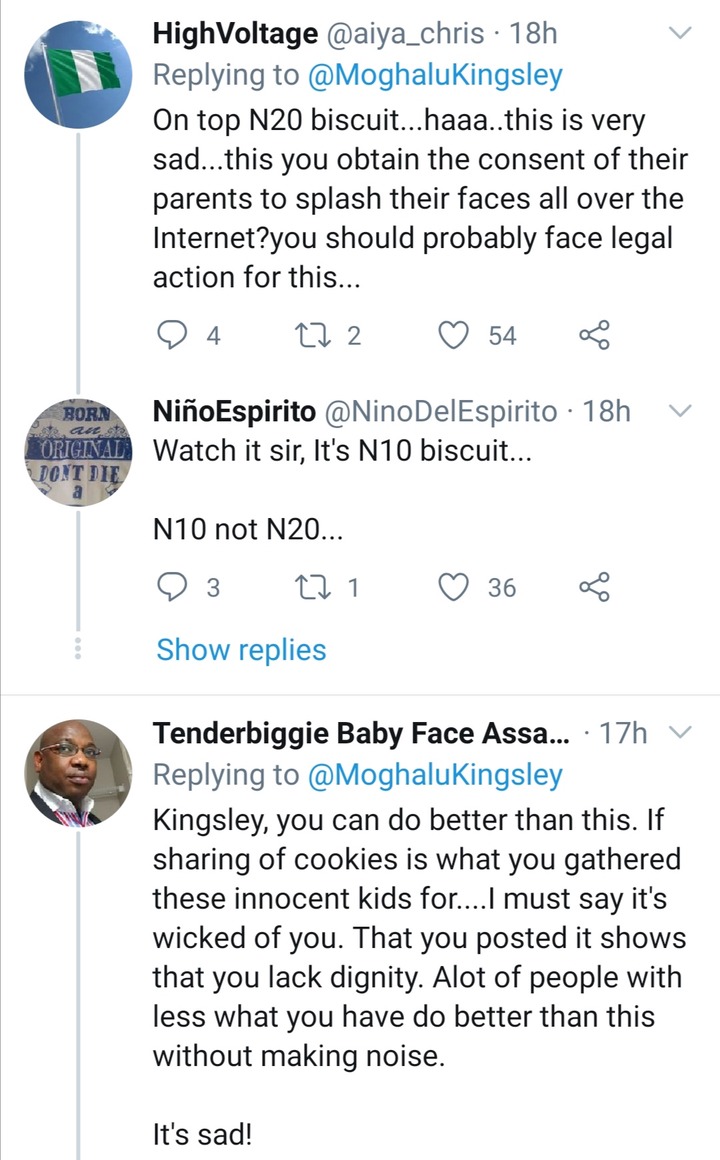 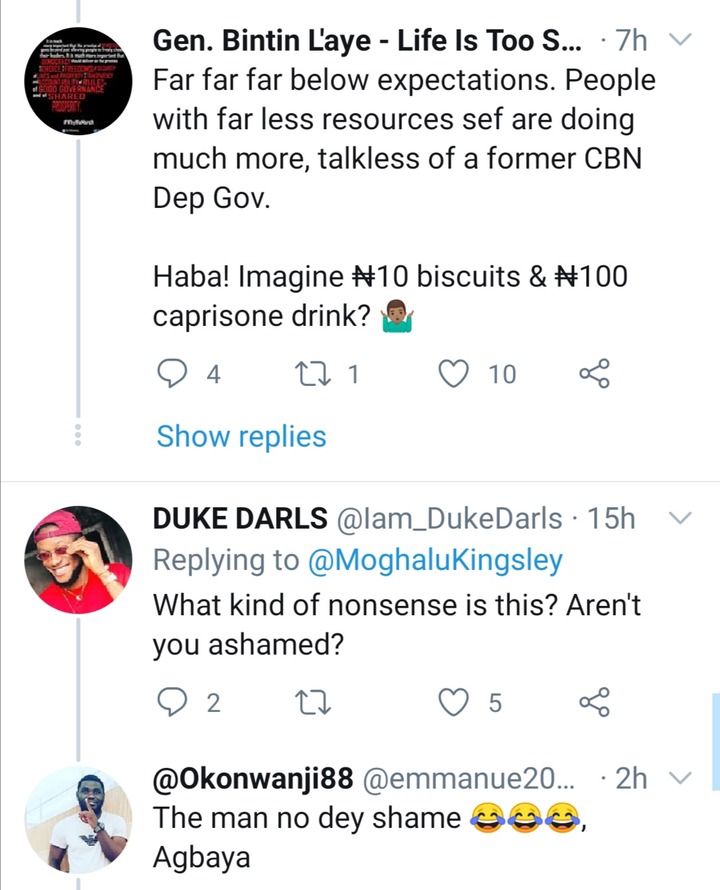 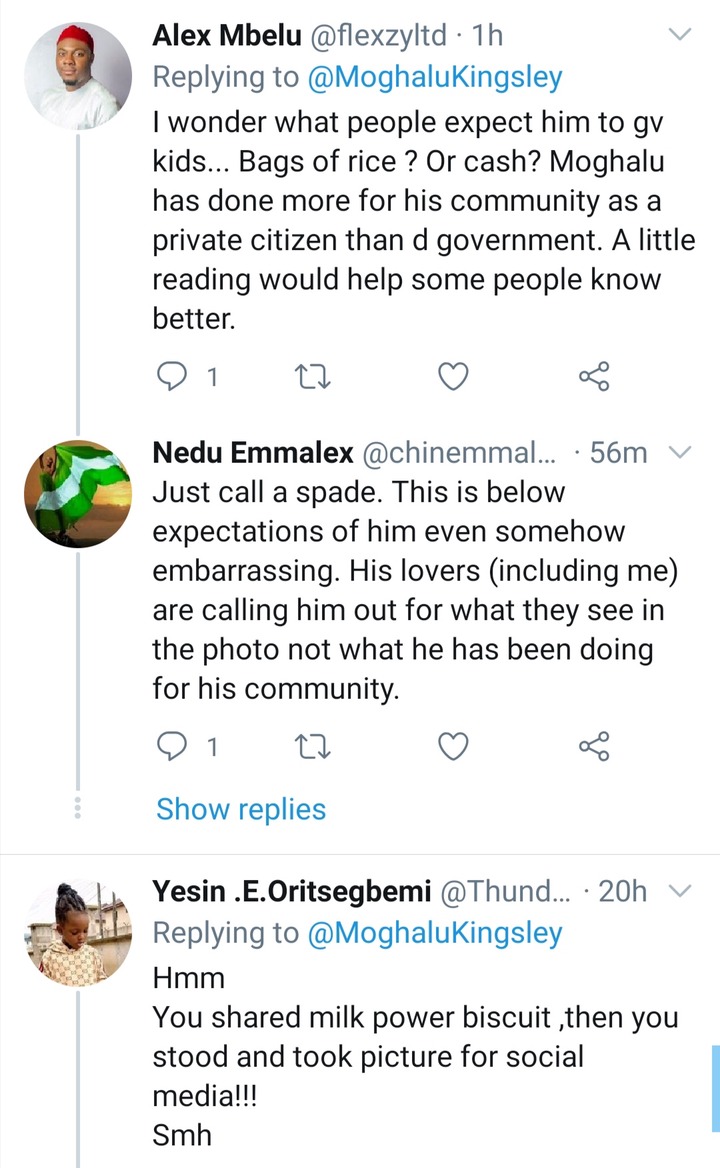 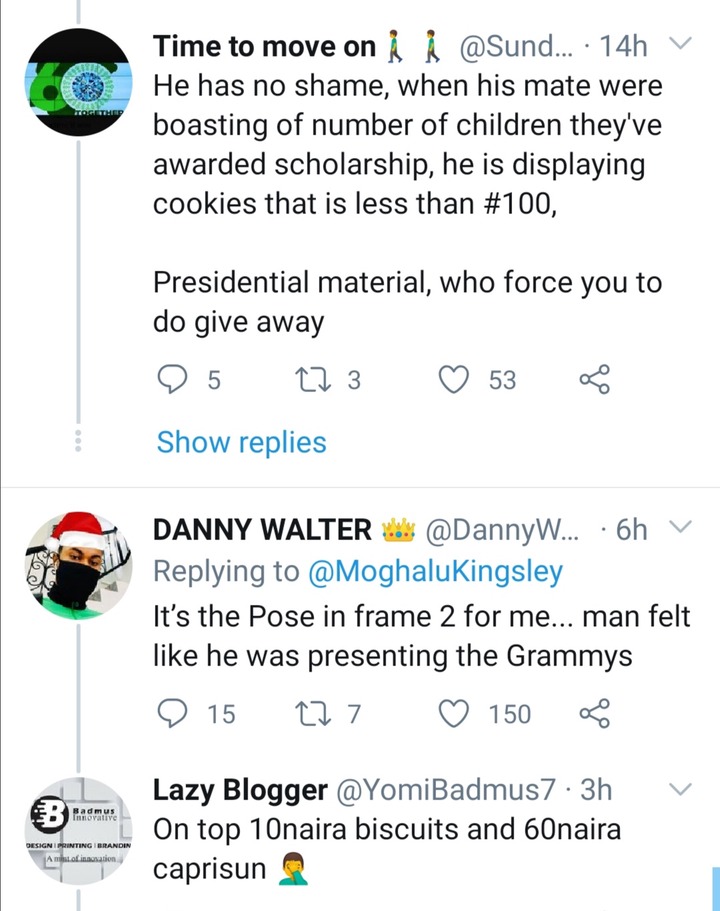 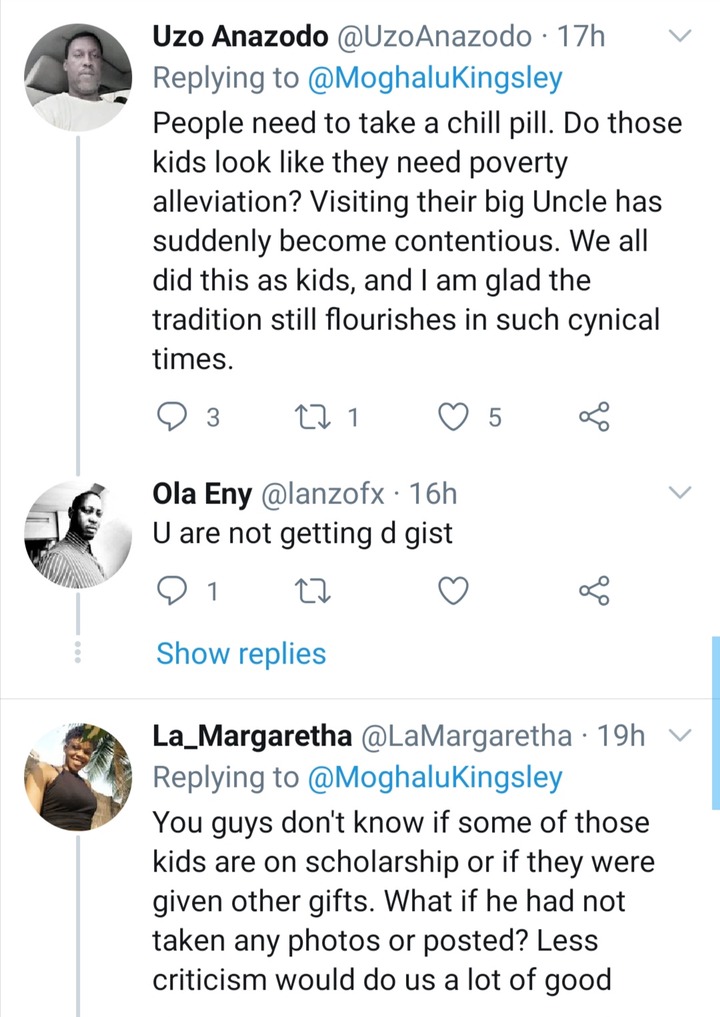 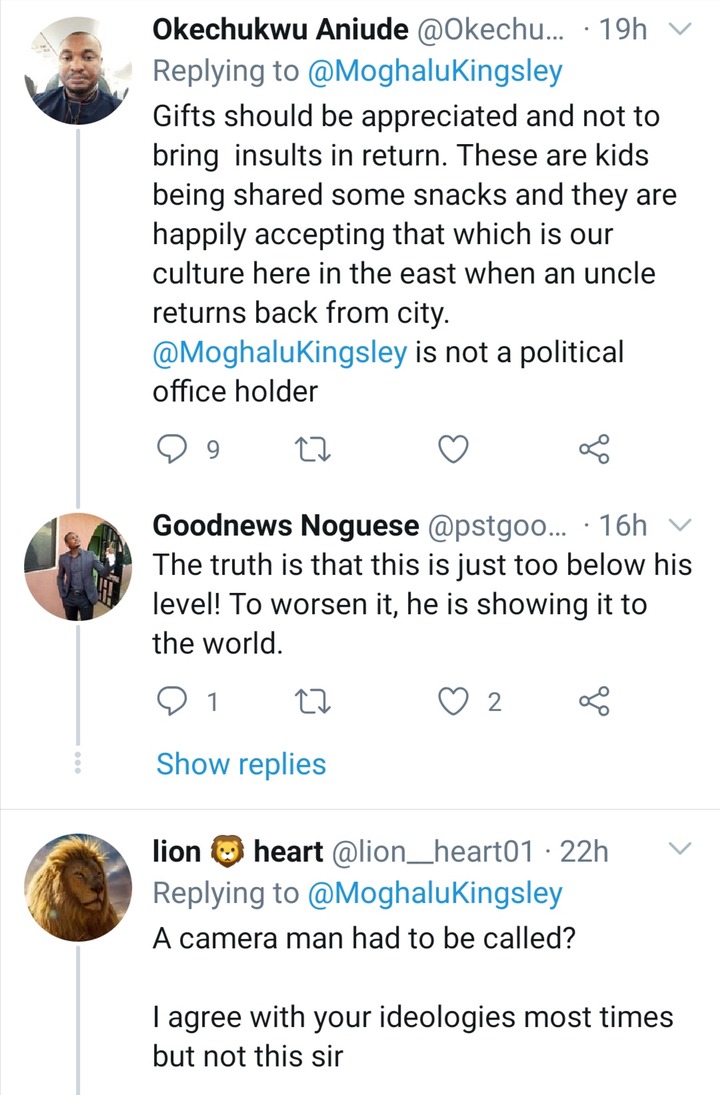 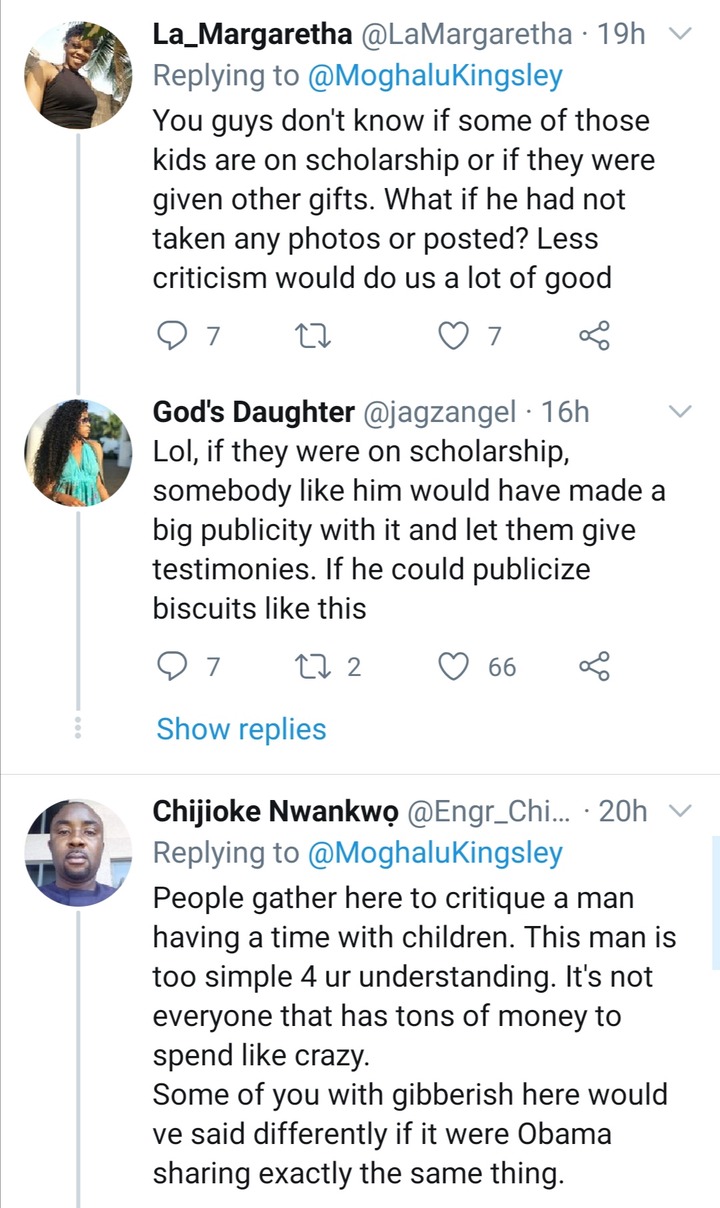 What do you think about this? Do you think Moghalu did the right thing to publicize the photos of him sharing biscuits to kids?