By HEATED (self media writer) | 2 years ago

After spending days in detention, Magu has been finally released. 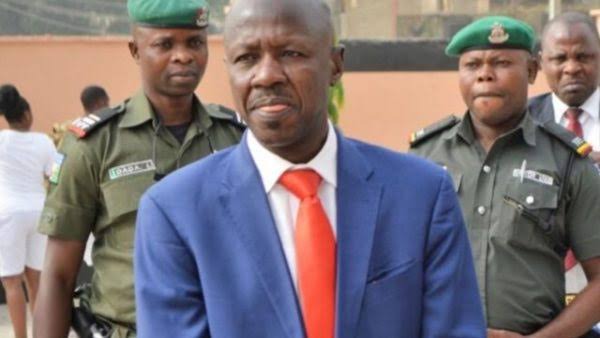 The suspended EFCC acting-chairman was released on Wednesday evening, July 15.

Mohammed Sani-Omolori, the clerk of the National Assembly has been sacked.

Sani-Omolori was sacked alongside 149 others by the National Assembly Service Commission.

Gender activists under the auspices of the Movement Against Rape and Sexual Violence visited the House of Representatives on Wednesday to seek action against rape and other sexual crimes.

Wife to the Governor of Kaduna State, Aisha el-Rufai, led the team that visited the Speaker, Femi Gbajabiamila, at his office.

Senator Godswill Akpabio has denied the sexual harassment allegations against him by Ms. Gbene Joi Nunieh.

The minister in a statement issued on Wednesday, July 15 by Anietie Ekong, his spokesman, said the allegations are false.

Ms Nunieh, a former NDDC MD, accused the minister of corruption, sexual harassment, among others recently.

President Muhammadu Buhari has expressed sadness over the death of Tolulope Arotile.

President Buhari referred to the late officer as a promising young woman.

The attorney-general of the federation (AGF), Abubakar Malami, has reportedly suspended 12 EFCC directors.

The directors were said to have been suspended in connection with the probe of Ibrahim Magu.

However, the affected officials have claimed that they were not directly involved in Magu’s administration.