Sudan is often known as the largest country in Africa; the Northern and Southern Sudan lived as one for several years despite the civil war that broke out in 1955. Sudan is considered as the country that had the longest civil war in the world; the first civil war which started in 1955 lasted for 17 years before the conflict was resolved and as if that was not enough, another civil war started in 1983 and the conflict was between the Central Sudanese Government and the Sudan People's Liberation Army which lasted for another 22 years.

Six years after the second civil war in Sudan, South Sudan seceded from Sudan in 2011 and became an independent nation. The juvenile Nation which is rich in oil was greatly affected by violence and extreme hunger shortly after they gained independence in 2011. While people thought that the secession was a step in the right direction, political crisis which was compounded by economic meltdown and hunger were experienced and over 6.9 million South Sudanese were affected.

When did South Sudan started experiencing this crisis?

South Sudanese were jubilating when they gained independence in 2011, but 2 years later, what was a thing of joy soon became a thing of regret following the political crisis in 2013 as the Former President of South Sudan accused his vice of an attempted coup and this led to a fight between the two factions of Government.

In the first month of conflict, thousands of civilians were displaced as violence spread across South Sudan in manner that no one expected. A blog site called Mercy Corps posted a picture of South Sudanese children who have been out of school for years due to the crisis; they were looking 'malnourished' and unkempt. Aside facing hunger and starvation, these primary school children were not able to complete their school as their parents took them way so that they won't be killed in the heat of the conflict. 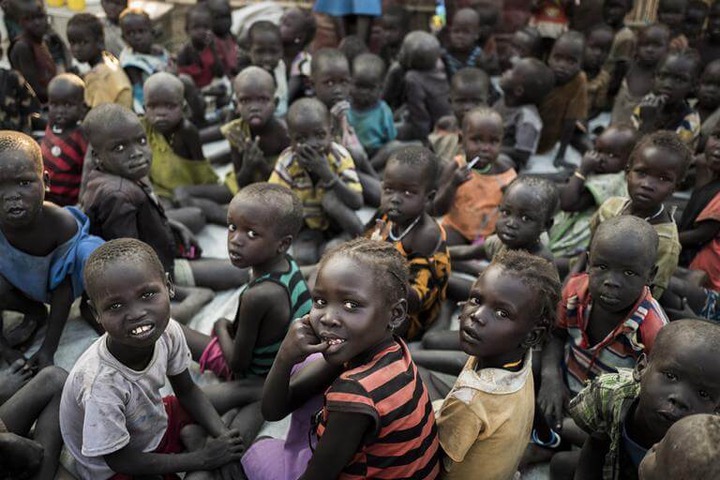 South Sudanese women were also seen queuing to get food from those who came to their rescue in the displaced camp where they stayed; they were so eager to get food for themselves and their children so they can eat and survive. 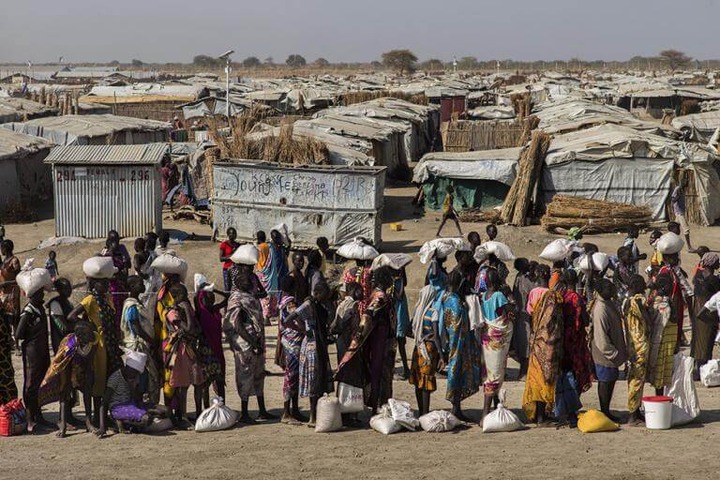 Looking at life after South Sudan seceded from Sudan, it teaches a lesson that embracing peace is the best thing to do; had it been South Sudan knew what was ahead of them, I believe they wouldn't have made the move to secede from Sudan.

This is a wake up call for everyone to live as one in Nigeria and also embrace peace because together we stand, divided we fall.