By Fehinti1 (self media writer) | 2 years ago 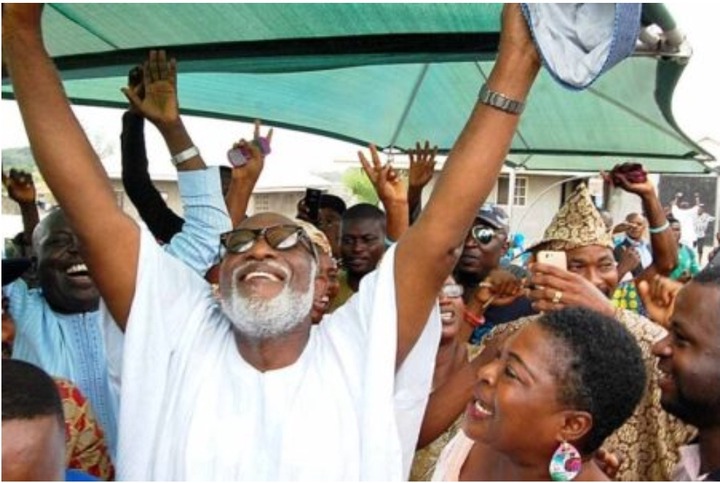 Governor Rotimi Akeredolu of Ondo state has reportedly emerged as the governorship candidate of the All Progressives Congress (APC) in the upcoming, October 10, governorship election in the state.

He was declared as the party’s flag bearer, having won the highest number of lawful votes at the party’s primary election held at the International Conference Centre, on Monday, in Akure.

The Chairman of the Governorship Primary Election Committee, who is also the Governor of Kogi State, Yahaya Bello, announced the results at the end of the exercise which lasted several hours, in the state capital.

Earlier, three of the governorship aspirants, Jimi Odimayo, Ife Oyedele and Olusegun Abraham had, before the commencement of the election, withdrawn from the race and supported the state Governor, Akeredolu.

The three aspirants said they unanimously took the decision to withdraw from the race after due consultation with members and stakeholders of the party from both within and outside the state, adding that they were convinced that Akeredolu has all it takes to win the governorship poll coming up on October 10, in the state.

Governor Akeredolu who polled the highest number of votes in all the 18 local government areas of the state, was overwhelmingly voted for by many of the delegates as he beat his closest rival, Chief Olusola Oke with over 50 percent in the contest.

Governor Yahaya Bello described the election as a free and fair one, adding that members of the committee were fair to all the aspirants that participated in the primary.

He urged all the aspirants that participated in the election to support the party’s candidate to ensure the victory of the APC in the forthcoming governorship election, adding that the outcome of the election showed the level of acceptance of Akeredolu by members of the party in Ondo state.

The venue of the primary election witnessed presence of heavy security operatives in order to forestall crisis during the exercise.

More than 1,000 security personnel which included officers and men of the Nigeria Police Force, Nigeria Security and Civil Defense Corps (NSCDC) and those of the Department of State Services (DSS) monitored the primary election.

Content created and supplied by: Fehinti1 (via Opera News )