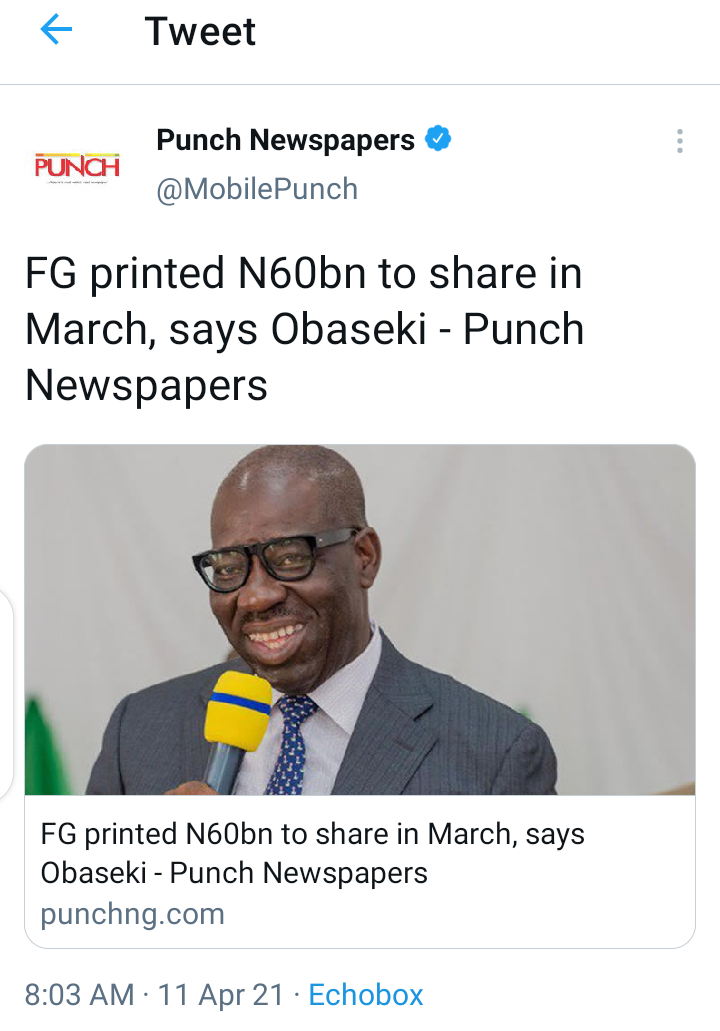 Edo State Governor, Godwin Obaseki, has said Nigeria is in “huge financial trouble” with the way the economy is run.

Obaseki lamented that Nigeria was the only country in the world where the federal, state and local governments earn salaries at the end of the month, adding that the Federal Government printed N60bn as part of federal allocation for March.

Speaking at the state transition committee stakeholders’ engagement, the governor said the economy was no longer what it used to be, with a rising debt profile and dependence on crude oil that was no longer sustainable. 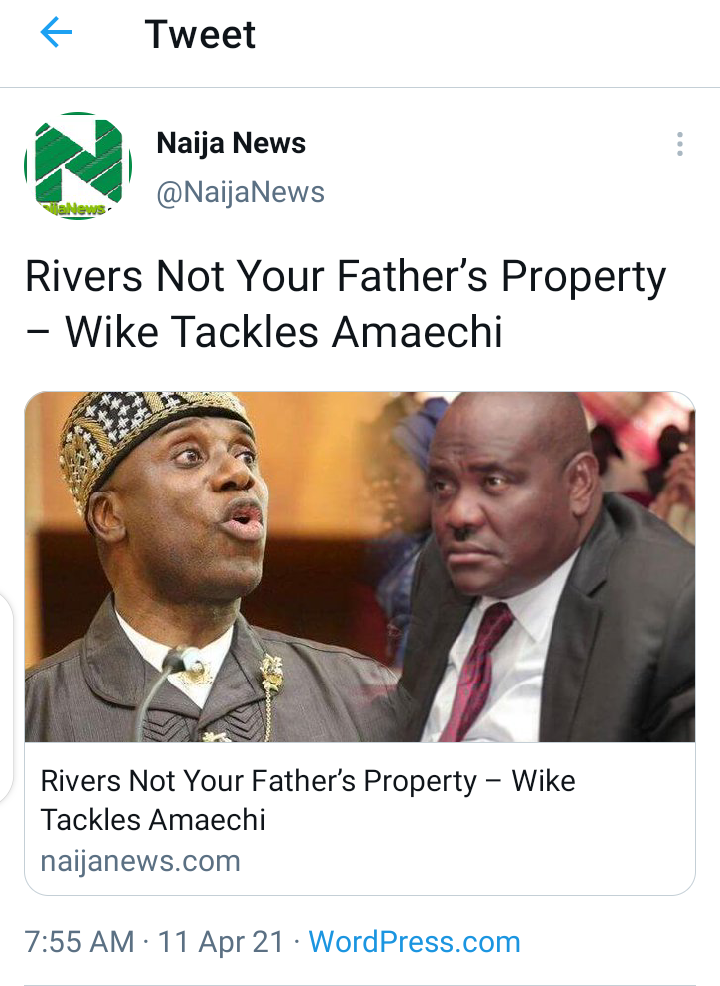 Governor Nyesom Wike of Rivers State has berated the Minister of Transportation, Rotimi Amaechi, for zoning the 2023 All Progressives Congress (APC) governorship ticket to the riverine areas of the south-south state.

The Rivers State governor stated that not even him as the incumbent governor had the power to determine who becomes a governor in Rivers.

He stated this at the grand finale of the Peoples Democratic Party local government campaign rally in Bori, the headquarters of the Khana Local Government Area of the state on Saturday. 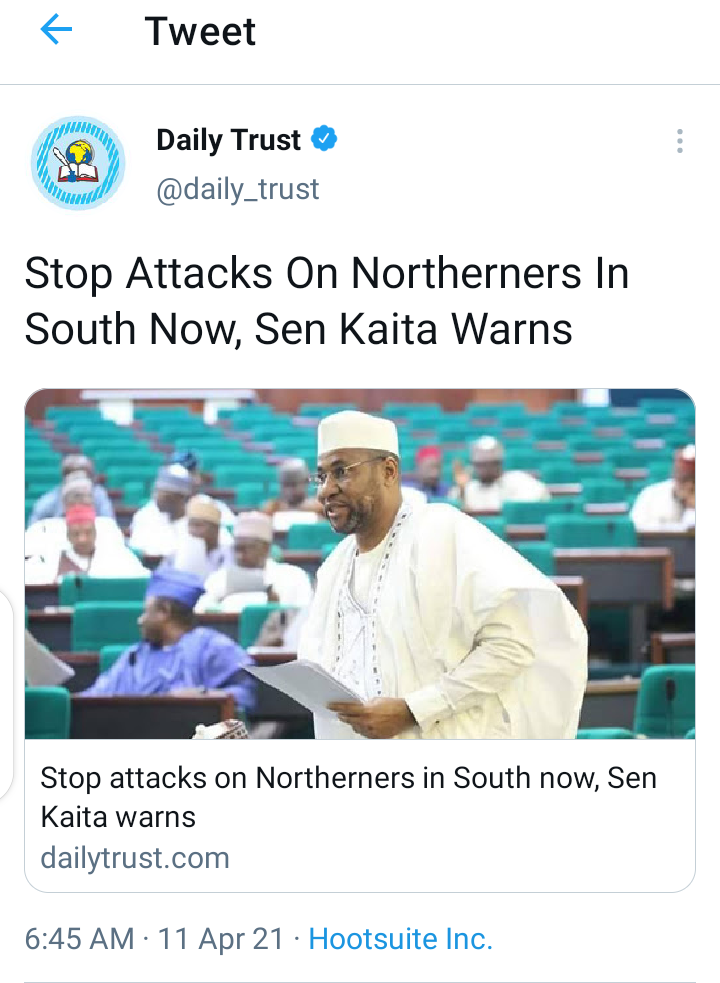 Senator Ahmad Babba Kaita, who represents Katsina North Senatorial District has called for an immediate halt to the attacks on Northerners in the southern part of the country, saying no region has the monopoly of violence.

Kaita, who is from same senatorial district as President Muhammadu Buhari, said like Southerners, Northerners should be allowed to live and carry out their businesses in the South in line with the country’s constitution.

On Sunday 11th of April, 2021 The General Overseer of the Uma Ukpai Evangelist Association, Dr. Uma Ukpai released a powerful prophecy for people via his official Facebook handle.

“life is a kingdom of choices. May God catapult you to a place of promotion and lifting. May God give everyone listening a miracle. God will wipe away your tears”. 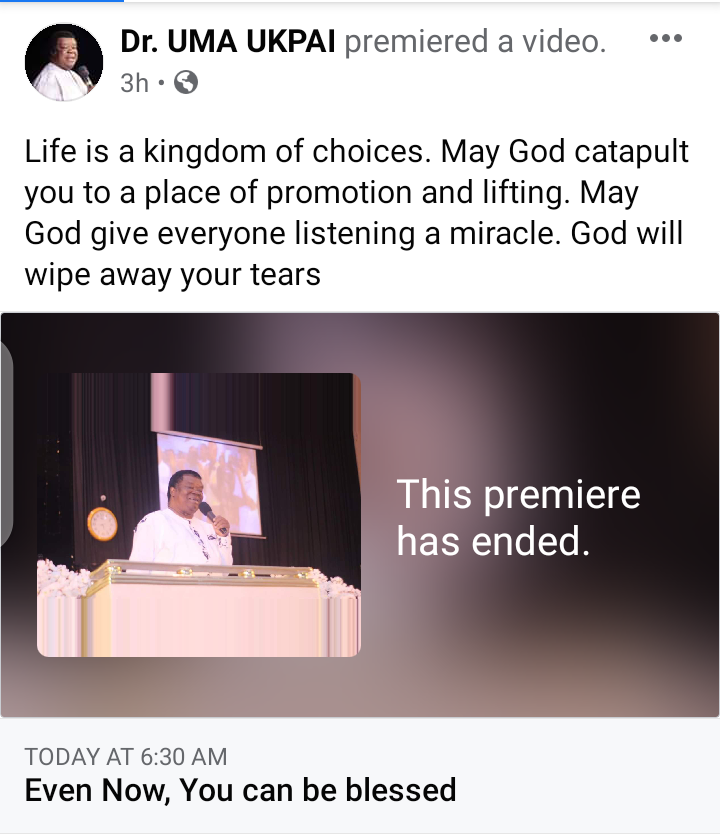 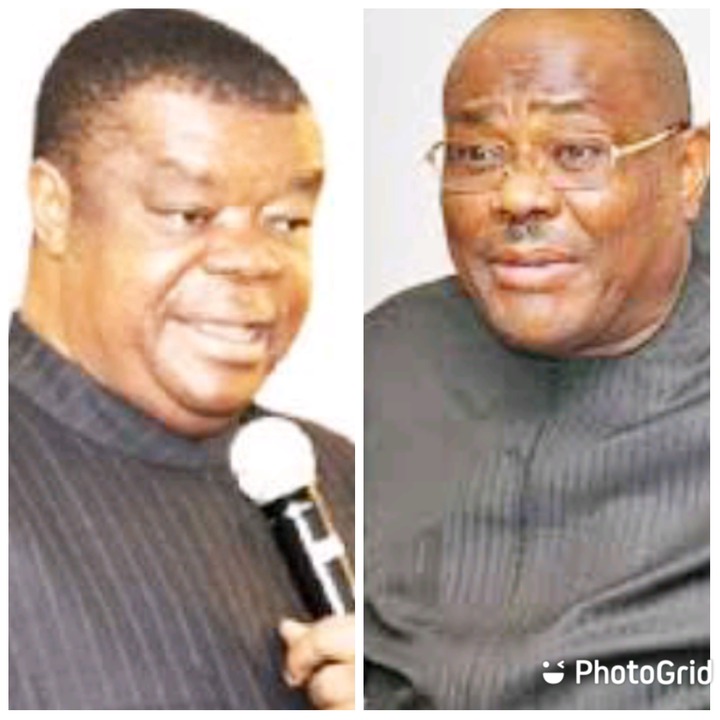